Both boatyards have deep ties to their communities. Lyman-Morse’s history dates back nearly 100 years, while boatbuilding at the Wayfarer site began in the late 1700s.

Lyman-Morse formed in 1978 when Cabot Lyman joined the business then owned by Roger Morse, according to the company website. The business is known for building high-end sailboats, and in its early days, built Friendship sloops.

Wayfarer’s buildings, yard and wharves were used to build wooden minesweepers during the World War II years, and built schooners in the 19th century. Wayfarer was purchased by former MBNA executive Shane Flynn several years ago.

In recent decades, providing service to yachts and smaller recreational boats has emerged as an important revenue sector for both businesses. For Wayfarer, service has been an almost exclusive focus, including providing moorings, water taxi transport and fuel to those visiting the busy and picturesque Camden Harbor.

That setting played a big part in Lyman-Morse’s purchase.

The Camden site will be known as Lyman-Morse at Wayfarer Marine, but the company will maintain its Thomaston operation on the St. George River.

“As lovely as the St. George River is,” Read said, “you’ve got to come up the river” to access the yard. Wayfarer “has been a tremendous service yard,” she said, “set up to do many things,” including woodworking.

In recent years, Lyman-Morse has diversified its work, expanding into non-marine products through its fabrication and composites divisions. The company has built a large canopy for a college campus and stainless steel equipment for a fish processing operation, she said. 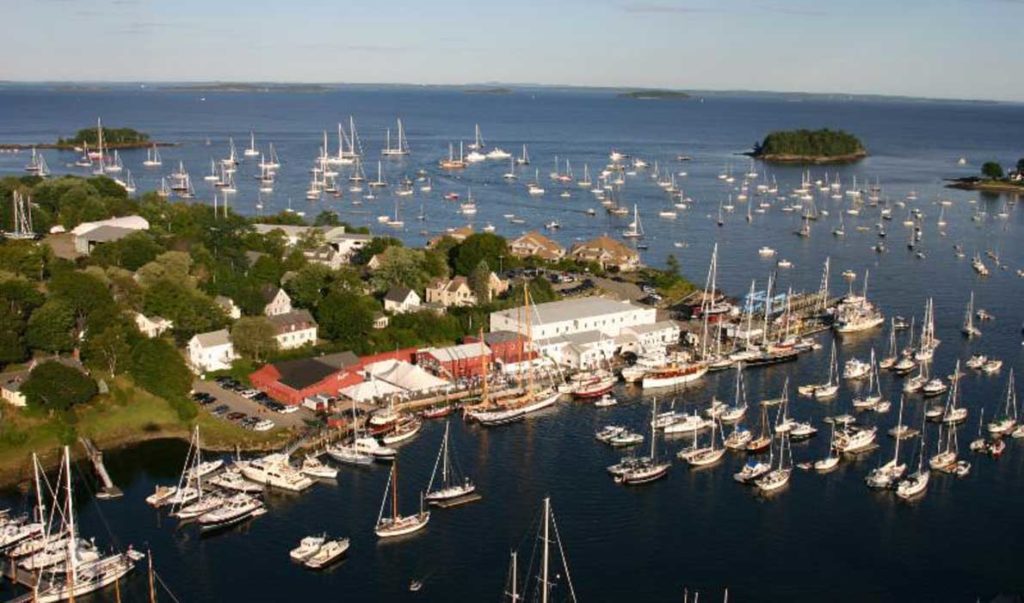