Co-founded by Luke Holden, a native of Cape Elizabeth and board member of the Island Institute, which publishes The Working Waterfront, Luke’s Lobster opened its first restaurant in New York City in 2009. Today, it operates more than 30 restaurants in the United States, Japan and Taiwan, and a seafood processing facility in Saco.

The Portland restaurant is scheduled to open in the summer at 60 Portland Pier, where Luke’s Lobster opened a seafood buying station last summer. Over the summer, Luke’s, in collaboration with the owner of the pier property, Portland Pier Holdings, rebuilt the wharf, which is used by local fishermen.

While Luke’s Lobster does not have a co-op agreement with the fishermen in Portland as it does in Tenants Harbor, it buys 100 percent of the lobster landed at Portland pier, according to a company press release. That lobster will supply the restaurant once it opens, as well as the Saco processing plant.

“I think the big thing (for Luke’s) is the relationship with the fishermen and being able to provide guests with a front row seat to a small slice of what the industry is about,” said Merritt Carey, Maine brand ambassador and community relations manager for Luke’s, in a phone interview. “That’s harder to do when you’re in Brooklyn, New York, than it is when you’re on the coast of Maine, so it’s a really nice way for Luke to be able to demonstrate their direct relationship and connection with fishing communities along the coast.”

The new restaurant will have seating inside and outside for approximately 200 people, with a full bar, serving local microbrews, and an event space.

Luke’s doesn’t anticipate that the project will be impacted by Portland’s six-month moratorium on waterfront development that was put in place by city councilors in mid-December, says Carey.

The restaurant group also announced in December that it is taking its relationship with national grocer Whole Foods Market to the next level. Beginning in 2016, Luke’s sold unbranded frozen lobster tails to Whole Foods Market.

The kits are co-branded with the co-ops the lobster product is sourced from—either Tenants Harbor Fisherman’s Co-op, which is partnered with Luke’s, or Cranberry Isle Fishermen’s Co-op. Fishermen in these co-ops receive a percentage of the sales Luke’s makes from Whole Foods.

No sales figures on the kits were available at press time, but Carey says the company thinks the retail program has a lot of promise and has already resulted in more money getting to fishermen from the participating co-ops. 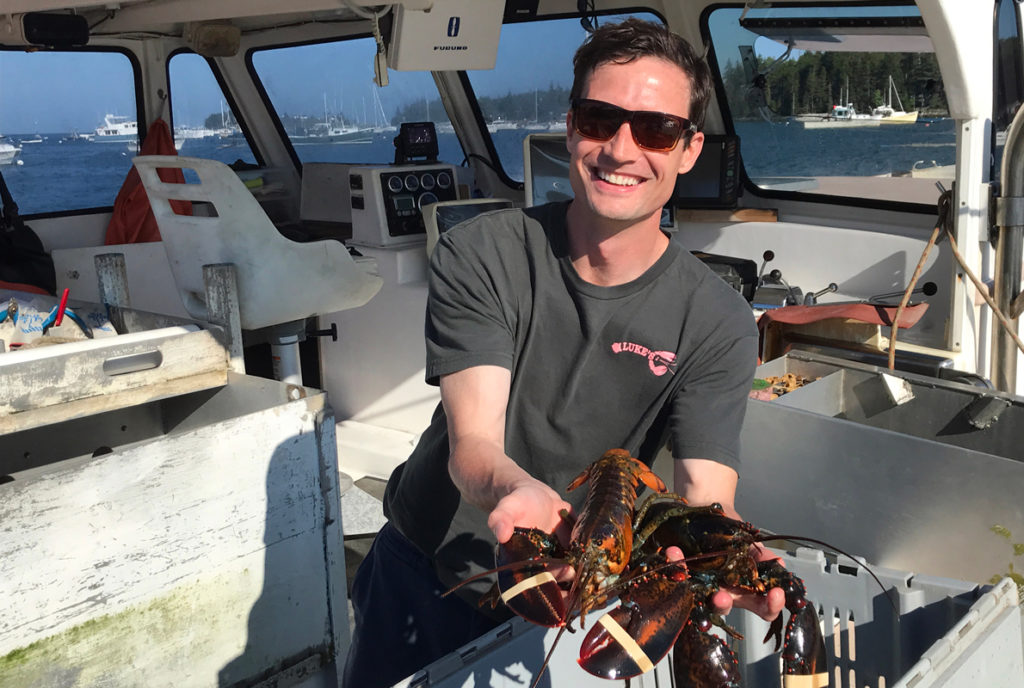