Luke’s Lobster, an international chain of restaurants founded by Cape Elizabeth native Luke Holden in 2009, has announced it will operate a seafood buying station in Boothbay Harbor.

The company is partnering with the Boothbay Region Maritime Foundation, a recently formed nonprofit that purchased the town’s Sea Pier. The pier had been owned by longtime fisherman Douglas Carter, who wanted to ensure he sold the property to an entity that would keep it as a commercial fishing wharf.

Boothbay Harbor has seen conflict in recent months over a proposal to rezone a portion of the harbor’s eastern shore. Opponents of the proposal fear it will eliminate fishing and other commercial access to the shore.

The Maritime Foundation was created to protect Boothbay’s working waterfront, its marine related activities and access for fishermen, as well as an educational mandate.

“We spent a long time looking for the right operator for Sea Pier,” said Deanne Tibbets, president of the foundation. “We believe Luke’s has the ability to work collaboratively with the Sea Pier’s fishermen and is the best partner to help us realize our vision—a vibrant working waterfront, access for fishermen, and public education about Boothbay’s fishing heritage.”

“We are really looking forward to this partnership,” Holden said, “and to working with the fishermen here at Sea Pier to create as much value as possible for their product at the shore.

“Protecting Maine’s working waterfront and access for fishermen is important for our business, and our mission of sourcing the highest quality seafood, but also critically important for Maine’s future,” he said. The possible formation of a fisherman’s co-op is an option that also will be explored.

The Sea Pier, being renamed Carter’s Wharf, is one of several commercial fishing wharfs on the east side of Boothbay Harbor. The formation of the foundation and the anonymous donation which made the transfer of the property possible, as well as a restriction in the deed requiring the property remain a commercial fishing wharf, speaks to the importance of the working waterfront and its preservation for coastal communities.

“The working waterfront is key to Maine on many levels,” said Ben Martens, executive director of the Maine Coast Fisherman’s Association, “not only maintaining access for fishermen but also for tourism and economic development. People coming from out of state want to see the authentic Maine, and that’s our working waterfront,” he said. “The partnership with Luke’s is a smart move for the foundation and more broadly for the Boothbay community.”

About Luke’s Lobster
Luke’s Lobster is a restaurant group dedicated to traceability, sustainability and providing guests with delicious, fresh seafood.  Luke’s Seafood Co., its processing facility based in Saco, Maine, buys lobster and crab directly from fishermen, and works collaboratively with them to return more value to the shore. In 2018, Luke’s became a certified B Corporation, memorializing its long-standing commitment to sustainability.

Founder Luke Holden sits on the board of the Maine Lobster Marketing Collaborative, the Island Institute, and the Tenants Harbor Fisherman’s Co-op, which he helped found. Luke’s donates a portion of its proceeds to The Ocean Foundation and the Island Institute, helping preserve Maine’s fishing communities and the sustainability of our oceans. 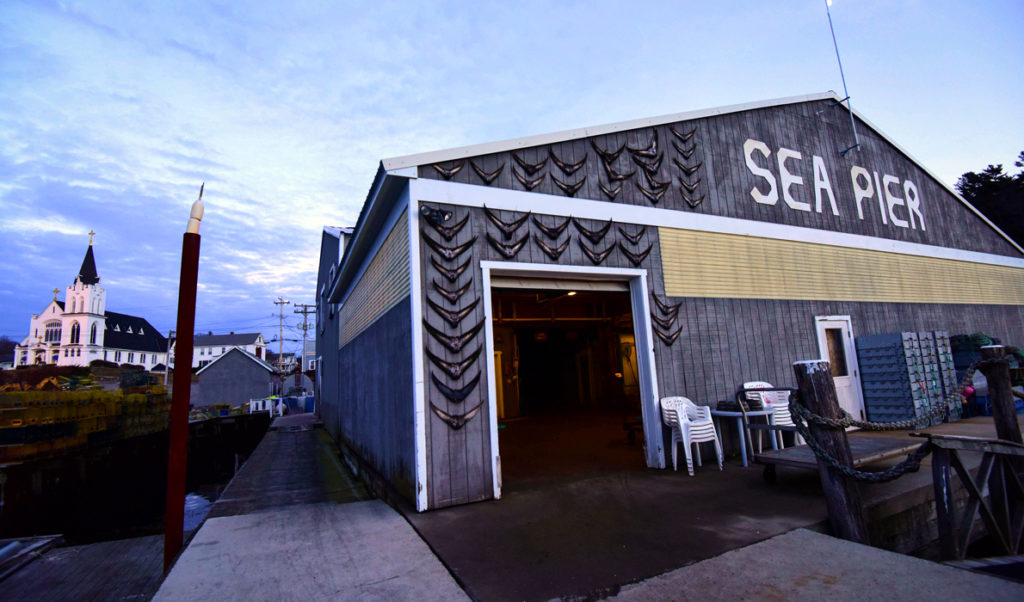