Six months of very limited access to and from Campobello Island in New Brunswick and Lubec in Maine are having real impacts on real people on both sides of the FDR Bridge.

“In the beginning, it was really hard for me emotionally, and I was really depressed. Not going crazy, just stressed,” says Carrie Farmer, 40, now a Lubec resident whose parents, sisters, and other extended family live on Campobello Island. That’s where Farmer grew up before first moving to Lubec at age 21. “I have a house over there, and I’m a Canadian citizen, but not a Canadian resident. If I were to stay there, I would have to quarantine for 14 days.”

Since mid-March the U.S.-Canadian border crossing between New Brunswick’s Campobello Island and Downeast Maine’s Lubec has been more than less closed for the first time in 150 years. It’s a reality anchored in cross-border, public health concerns related to the ongoing COVID-19 global pandemic.

“It’s caused a lot of frustration,” said Carol Dennison, who chairs Lubec’s select board. “I’m staring out my office window at Campobello but, except to access essential services,” such as food, medicine, medical appointments, and banking, “you can’t get there from here. You can’t go by water, and you can’t go by the bridge.”

The arched, 300-yard Franklin D. Roosevelt bridge that spans Lubec’s narrows within the Bay of Fundy was built in 1962 to connect the U.S. mainland to Campobello Island. For nearly 60 years it has provided the only vehicular access to and from the 15-square-mile island, which is home to fewer than 1,000 residents, about twice Lubec’s population. It is also home to Roosevelt Campobello International Park. Billed as New Brunswick’s top tourist attraction, the 2,800-acre complex jointly operated by the U.S. and Canada usually attracts more than 100,000 visitors over the 20 weeks between mid-May and mid-October.

The meticulously landscaped park includes eight miles of carriage roads and another eight miles of seaside hiking trails that surround the carefully restored 34-room “cottage” where FDR, Eleanor Roosevelt, and their extended families spent their summers before and during the presidency.

No bridge then, requiring the Roosevelt entourage to arrive by boat after disembarking from the train station in nearby Eastport. While the park’s scenic trails remain open, the visitor center’s museum and guided cottage tours remain closed due to the ongoing virus crisis.

SO NEAR AND YET SO FAR

Carrie Farmer is expecting her third child. Due date, mid-September. She recently stopped working at Lubec’s IGA grocery store at the suggestion of her doctor. While her Campobello Island family comes through Lubec infrequently for essentials, face-to-face, cross-border visits have been forbidden.

“If my parents or sister were to be spotted parked at the end of my dead-end driveway, they would have to be quarantined,” Carrie said. “I wish there were exceptions for people with families in both places. I need all sorts of baby equipment and probably some of what I need I already have, on the island. I don’t want to spend money on things that my sisters and I might already have.”

Victor Trafford is an owner of Inn on the Wharf in Lubec, which offers guests a seaside restaurant, gift shop, and seasonal accommodations. For years now. the inn has also offered whale-watching trips into the Bay of Fundy and beyond.

“The COVID virus stopped us and others from offering whale watches,” Trafford said. “It’s like they drew a line, right along the center of the bay. Most of the whale sightings we’ve had were in Canadian waters, so that put us out of the whale watch business, which was a big draw, especially for people from other states or other countries. I think it’s a dangerous precedent.”

Trafford describes Lubec’s summer Main Street as a “ghost town” compared to previous seasonal retail traffic that was drawn to gift shops, galleries, and an eclectic assortment of places to eat and drink. “It’s a shame,” he said. “Some of the restaurants are two-thirds full. Others have closed. We do breakfast, lunch, and dinner seven days a week, but we’ve had to make some adjustments. For indoor dining we had 50 seats, now 28,” he said.

“It’s tough,” he said. “Lubec is normally full of visitors in the summer, and now it’s empty. It’s a moving target, moving under the threat of being shut down.” 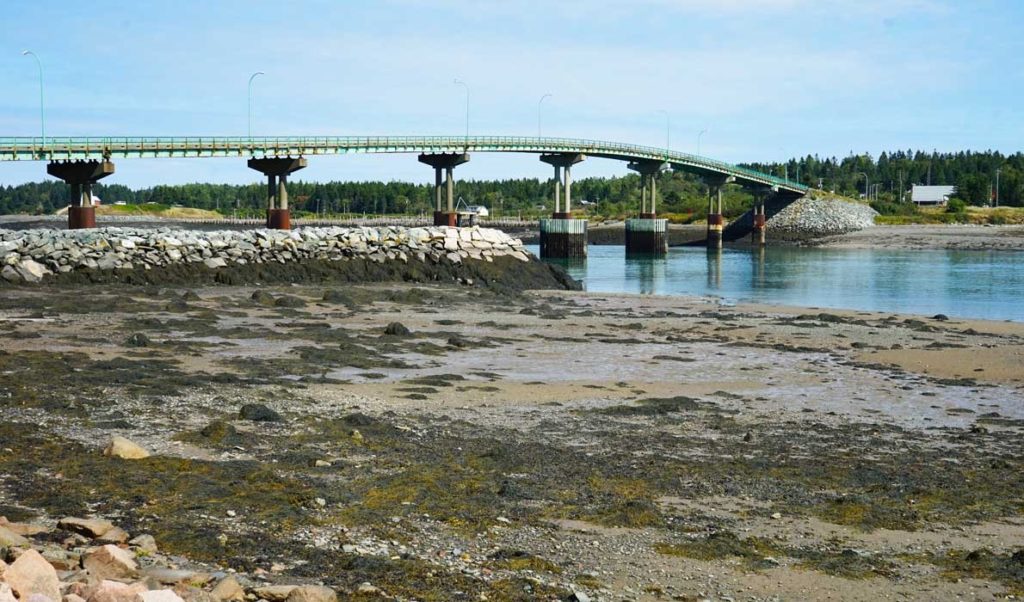