Amy Tierney didn’t plan on making health a focus of her volunteer work on her native Long Island, but she was dealt a responsibility she couldn’t—and wouldn’t—ignore. Her father, a mechanic at Johnson’s Boat Yard on the Casco Bay island, was suffering with lung cancer, and she became his caretaker.

“I ended up quitting my job to care for him,” she recalled. When he suffered a stroke, that meant daily trips to Portland, pushing him around in a wheelchair, even while she was pregnant.

Because of the timing of ferries and appointments, Tierney often would have to travel to the mainland early in the morning, and then drive around the city, killing time until her father’s afternoon physician visit.

“It’s a six-hour commitment for five minutes” with a physician, she said.

It’s clear she doesn’t regret the effort, but after his death two years ago, she resolved to help her neighbors not have to endure the same ordeal.

So in late March, thanks to Tierney and others on the island, the town signed a contract with E. J. Construction of Portland to build a wellness clinic in the lower level of the island’s learning center and library.

Work is scheduled to begin in April and conclude by the end of June; town officials plan a ribbon-cutting on June 1 to coincide with events celebrating the town’s 25th anniversary.

Walls will be built in the 500-square-foot space to create two examination rooms, with one of those outfitted with telemedicine equipment—thanks to another grant—allowing on-island patients to be examined by physicians on the mainland. Such links also will allow islanders to use mainland counseling services.

The building will be used by off-island providers to meet with patients.

“It’s not a clinic,” she says. “It’s a wellness center.” The distinction is that the town will not employ practitioners, but rather will invite practitioners, primarily from Maine Medical Center and its parent organization MaineHealth, to visit. Tierney notes that such outreach is part of MaineHealth’s mission.

Nursing students from the University of Southern Maine, under the supervision of a physician assistant, also will regularly visit. A dental provider, who will bring x-ray equipment, also is planning visits, as is an acupuncturist.

Practitioners will be paid just as they would at mainland offices. The town’s role is to provide the space and schedule provider visits, and to cover the center’s annual operating expenses of about $12,000.

Tierney and her husband, who is the island’s fire chief, have three young children, and she hopes the wellness center will help families with children stay on-island or move there. The year-round population is 193.

“Our population is aging faster than the state of Maine’s,” she said.

Like many islanders, Tierney juggles multiple jobs, working as town clerk and at the post office, and she serves as an EMT and is chairwoman of the town’s wellness committee.

One medical asset that Long Island has—and it’s the only island of Maine’s 15 year-round, unbridged island communities to have one—is its own rescue boat. That vessel, a 37-foot Crowley, was modified at Johnson’s Boatyard, so now, it’s “very much like a floating ambulance,” she said.

“In the summer, it’s used a lot more frequently, two or three times a day,” while in winter it might be needed once a month.

Tierney and the wellness committee also work to help the island’s older population stay connected through winter. She estimates 60 percent to 70 percent are of retirement age. Twice a month during the winter and once a month in the warmer months, a free lunch is offered, drawing 50-70 islanders. 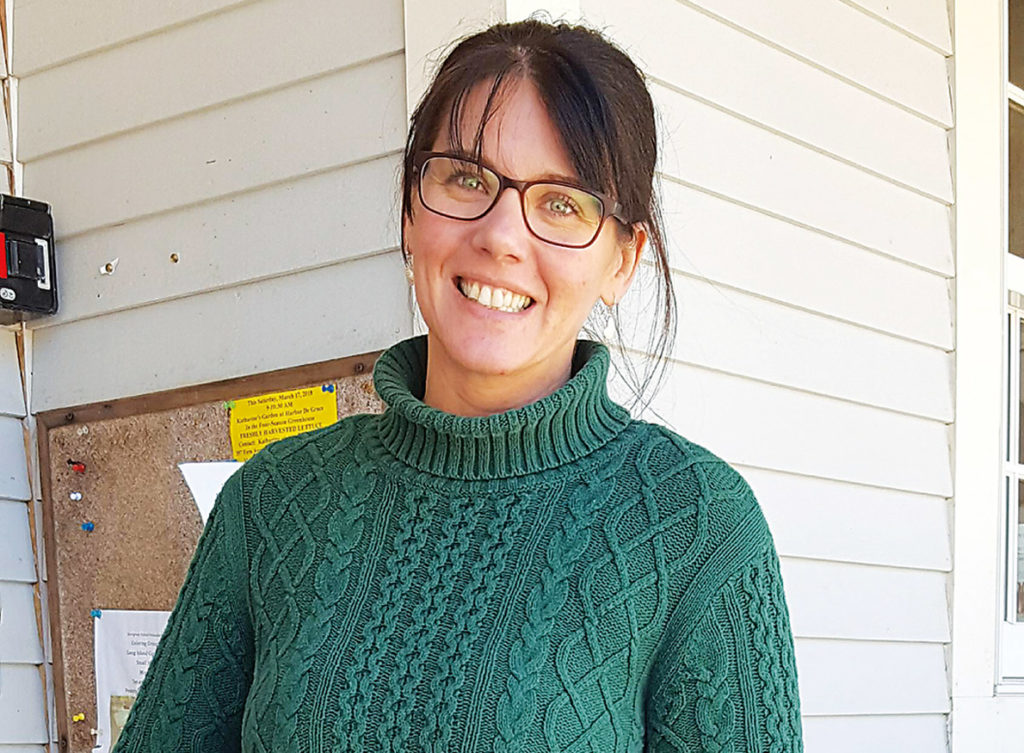