The Maine Lobstering Union’s recent $4 million purchase of the Seal Point Lobster Company, a wholesale lobster distribution business in Lamoine, is expected to net union members a share of the profits to be had throughout the entire supply chain, from trap to plate.

But the purchase is about more than just the money, say union representatives David Sullivan and Joel Pitcher.

The Maine Lobstering Union was formed in 2013 in response to the crash of lobster prices in 2012 when there was a glut on the market. The union is Local 207 of the International Association of Machinists and Aerospace Workers. Sullivan is the larger group’s international representative and Pitcher is its district representative.

“The men and women in the lobstering industry have been taking care of and preserving the industry for all these years,” said Sullivan, “and now it’s sustainable. But what’s been lacking is the ‘sustainable fishermen.’”

The union believes its role is to consider more than the per-pound price paid to fishermen, Sullivan continued.

“When we first came on the scene, it was about price. It quickly turned into being about communities,” he said. Without a healthy fishing economy, a small coastal or island town’s restaurants and stores could disappear, the union asserts.

“If fishermen do better, they’ll spend it in their communities—go to the store, spend it on their schools. Above everything, I think community is probably the most important thing to these fishermen,” Sullivan said.

The purchase, finalized March 17, turns the wholesale facility into a cooperatively owned business overseen by a board of directions. The seller was the Pettegrow family, which owns the Trenton Bridge Lobster Pound and will continue to own and operate that popular retailer and eatery. Trenton Bridge’s manager, Warren Pettegrow, will stay on at the wholesale business as chief executive officer, and its employees will stay as well, said Sullivan.

The wholesaler ships live lobsters nationally and abroad, handling from 9 million to 14 million pounds per year, Sullivan said. The purchase allows members to sell their lobsters directly to the union cooperative at market price, then receive a share of profits at the end of the year.

“No longer are they going to sail in and dump their lobster on the dock and have that be the end of their day or their value stream,” said Pitcher. “They’re now in a position to have access to the shore side of the industry and to the value stream that’s part of what the industry creates, because they’ll own the lobster all the way to the consumer.”

Each union member has an equal share of the coop.

Still in the early stages of the business—with the season yet to gear up, for that matter—the two didn’t have projections on the potential financial value of the new coop.

But, noted Sullivan, “There’s all that money in the middle that they’ve never had access to.”

Eleven fishermen are currently on the executive board, and there’s some thought of adding more.

Other Maine Lobstering Union accomplishments include helping defeat a bill that would have allowed possession of lobsters caught by commercial draggers and helping pass a law allowing those in active military service to maintain their lobster licenses while serving, according to the union website.

Union membership is at about 500, but membership in the coop is to be determined, said Sullivan, as he and Pitcher meet with lobstermen along the coast, starting with those in Mount Desert Island communities, Jonesport, Vinalhaven, and Stonington. Organizers will have to establish agreements with each dock before they can set up buying stations, he said. 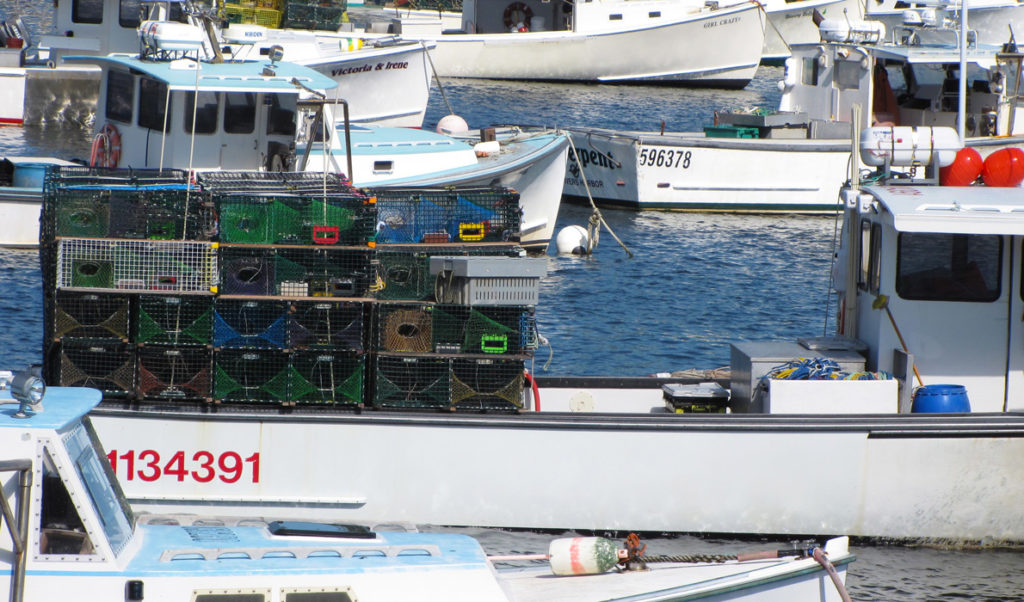