The outlook for Maine’s lobster industry for 2020, and likely beyond, is murky at best.

That was the assessment by industry leaders during a panel discussion hosted June 24 by the Island Institute.

Called “Let’s Talk Lobster: Challenges and Opportunities of a Core Maine Industry,” the session addressed impacts of the pandemic and the ensuing market crash, which exacerbated an already difficult situation posed by a trade war with China, competition with Canada for the European Union market, and pending lawsuits that pit preservation of the endangered North Atlantic right whale against the fishery’s traditional harvest methods.

“I don’t think we’ve ever had challenges like we’re facing now,” said David Cousens, a South Thomaston lobsterman and former president of the Maine Lobstermen’s Association.

High volumes of lobster historically wholesale to food service buyers that include the cruise ship, restaurant, hotel, and casino industries. Markets in Asia and Europe had been trending up.

But with the pandemic, markets evaporated and prices plummeted to half their usual level, Cousens said.

“We don’t have a home for a lot of our product,” he said.

Many harvesters aren’t fishing, he said. As a whole, he noted, the industry might strategize by agreeing to limit catch for now. But “agreement” is a tricky proposition for the state’s 3,000 independent-minded harvesters, he said.

“There’s little to no consensus on anything, because everyone operates in a different way,” agreed Maine Lobster Dealers Association Executive Director Annie Tselikis.

The pandemic generated increased demand in the supermarket and retail sectors as American transitioned to working at home, she noted.

“But it’s not enough for the amount of product we harvest in Maine,” she said.

The industry already faced challenges due to trade tariffs imposed by the EU and China, giving Canada an advantage over the U.S.

“We’ve struggled in some of our major markets,” Tselikis said.

Markets have opened elsewhere, including Singapore, South Korea, and Dubai, she said.

“But we see a number of challenges in this industry, both domestically and internationally,” she added.
The industry is not set up to survive structural changes that might be coming due to court cases on right whale protection measures, said McCarron.

MLA kicked off a $500,000 fundraising campaign for its legal defense fund (mainelobstermen.org) and is working with its legal team to represent the industry in the cases, underway in Washington, D.C.; Boston, Mass.; and Bangor. Two seek to prohibit the use of vertical lines. One found the federal government violated the Endangered Species Act when it permitted the fishery without filing an “Incidental Take Statement” on the fishery’s potential to harm right whales.

Maine’s fishery has implemented measures to protect right whales since 1997, including the removal of thousands of miles of line from the water, McCarron noted. Maine gear hasn’t been implicated in any right whale deaths; the sole documented entanglement  with Maine gear occurred in 2002. The industry is willing to implement further modifications that are reasonable and help the whales, she added.

“It’s not an understatement to say the outcome of these cases could truly dismantle this fishery,” she said.

How U.S. became ‘a casualty in trade war’

For those who watched or listened to the press conference President Trump held on June 5 with members of Maine’s commercial fishing industry, you likely heard a lot of tough talk on trade and tariffs on U.S. lobster exports. I would like to clarify a few of the statements made during the meeting.

American lobster exports are assessed that duty because the U.S. failed to complete the Transatlantic Trade and Investment Partnership (TTIP) with the EU. TTIP negotiations started in 2013 and were halted in 2019. In 2017, Canada and the EU finalized the Comprehensive Economic Trade Agreement (CETA) which gave it preferred nation status and immediately lifted the 8 percent tariff on live lobster. The 16 percent to 20 percent tariff on value-added goods will eventually be eliminated as well (it has been reduced since CETA was implemented).

The reason Canada exports lobsters without a tariff is because it negotiated and completed CETA. The reason the U.S. still has tariffs on its lobsters is because we failed to complete TTIP.

On June 1, 2018, the Maine Lobster Dealers’ Association met with the Office of the U.S. Trade Representative in Portland facilitated by the state’s congressional delegation. We addressed the severe market access issues we were experiencing in the EU—the value of our lobster exports had dropped 50 percent from the previous year. We were reading the writing on the wall with the evolving US-China trade war, as several agricultural commodities had been listed in the tit-for-tat and thought it prudent to also discuss the importance of the China market for U.S. exporters.

Two weeks later, China instituted a 25 percent retaliatory tariff on lobster exports from the U.S. along with 200 other American seafood products. Our industry became a casualty in a trade war.
Tariffs do not come and go overnight. Many of us in the industry have been advocating for fair access to foreign markets for a long time. For tariffs to be reduced or eliminated, there is a process of negotiation and diplomacy set forth by the World Trade Organization—and each negotiating partner needs to be a willing and fair participant in that process.

As an industry, we hope the June 5 press conference means there is real interest in resolving these trade obstacles for Maine’s lobster industry. Lobster exports have played a critical role as lobster landings increased over the last ten years. We hope to regain access to these important markets and support this industry for many years to come. 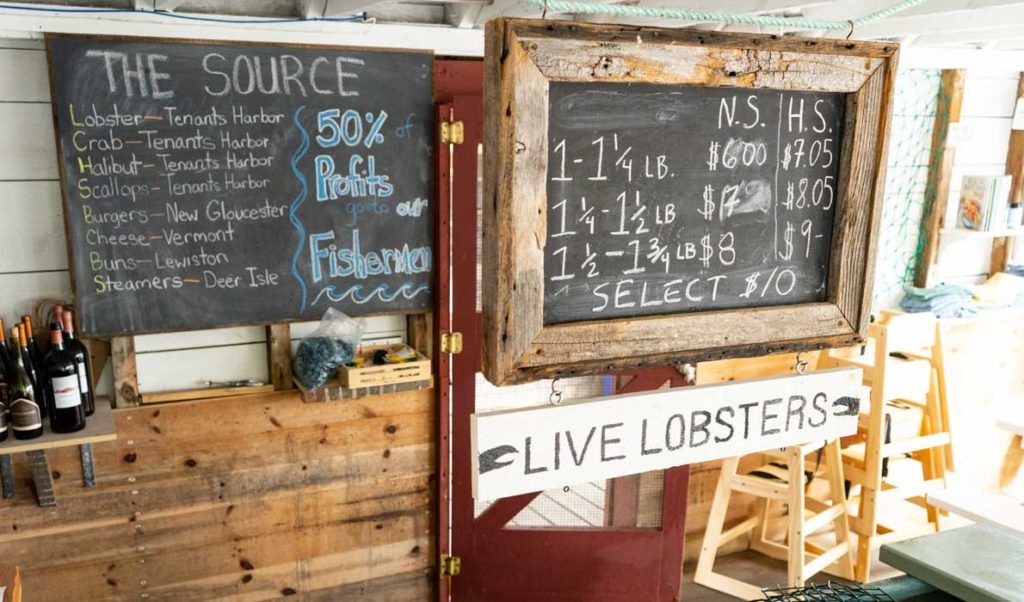