Reflections is a monthly column written by Island Fellows, recent college grads who do community service work on Maine islands and in remote coastal communities through the Island Institute, publisher of The Working Waterfront. Jessica Duma works on Great Cranberry Island with the historical society.

I may be the newest neophyte to the age-old process of making sourdough bread. A recent article in the New York Times called sourdough starter “America’s rising pet,” and in his new Netflix series “Cooked,” popular writer Michael Pollan asserted that “Sourdough is the proper way to make bread.”

According to NPR, sourdough is the oldest form of leavened bread, and the traditional art of making sourdough can be traced back to at least the early Egyptians.

My interest in sourdough began three weeks ago. One of my roommates made a couple loaves of bread using instant yeast, and I fell in love with the smell of baking bread in our house. Inspired, I decided to try the grand experiment of making my own sourdough starter.

Sourdough starter is a mixture of flour and water that serves as a medium for a community of wild yeast and friendly bacteria that give sourdough breads their loft without the aid of instant yeast. The starter is colonized by local yeast and bacteria in the air, giving each starter a flavor unique to the place it is made and maintained.

Some families have starters that have been passed down in the family for generations; I had a ten-pound bag of flour and time on my hands, so I decided to make my own Cranberry Isles sourdough starter.

According to the Internet, one can create a starter by simply mixing flour and water, letting it sit, and feeding it regular doses of yet more flour and water. After about a week the mixture becomes bubbly and fragrant, meaning the yeast and bacteria are active and the starter can be put to use. While this process may sound simple, a King Arthur Flour website proclaimed sourdough to be the “Mt. Everest of bread baking,” and sourdough forums are littered with the comments and complaints of the defeated.

Meeting both of these goals only requires simple ingredients—flour and water, a Fellow and an island—but in both instances, the simple inputs belie the complexity of the actual process.

During the first few days of my starter-making journey, my treasured starter remained an impassive lump of flour gruel with nary a bubble in sight. However, after a few days of regular feeding the starter began to bubble and gurgle.

The first few months of my fellowship felt similarly inactive as I spent time getting to know the island with few products to show for my time. However, over time I began to build a network of friends and neighbors, and it was from these connections that the best products of my fellowship arose.

As a Fellow and a baker, I have found that the most I can do is tend to my projects or starter and create an environment conducive to connection and growth. But in either case I will not be successful based on these efforts alone—it is in the wondrous and somewhat mysterious interplay between yeast and bacteria, Fellow and community that the magic happens.

When it comes time for me to leave Great Cranberry Island I will do so with my crock of marvelously unique Cranberry Isles starter stashed in my car, helping me carry the connections I have made to this island wherever I go.We 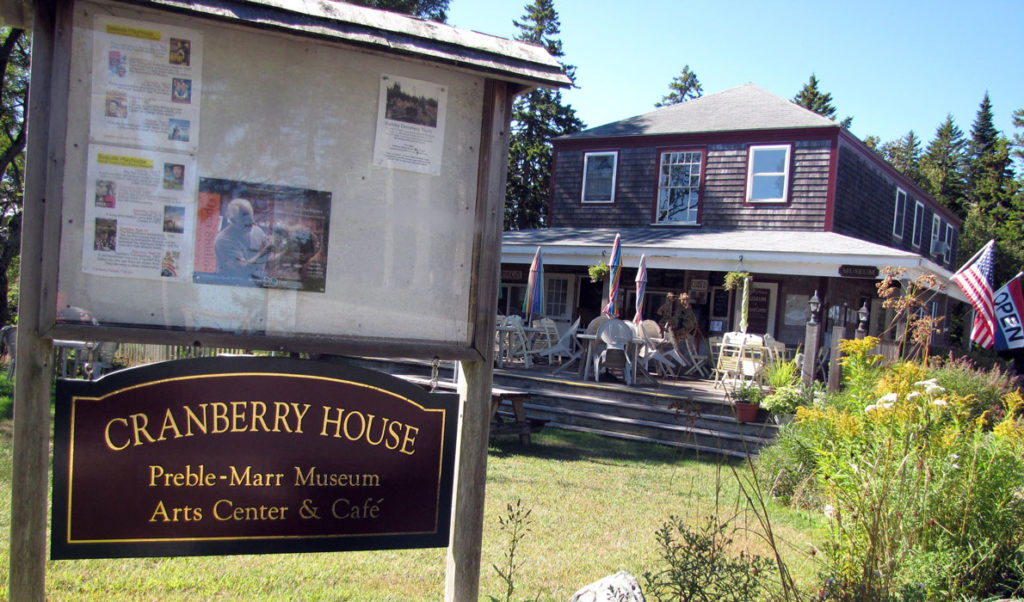