As a kid, I was obsessed with origami, spending what felt like a whole summer learning to make frogs, boxes, cups, pinwheels, and most of all, cranes. The engineer in me almost enjoyed unfolding as much as folding, fascinated by the simple geometries of the paper, the way many of the designs shared the same basic shapes, and the way one thing could easily transform into another, all from a square.

As I prepare to leave Millinocket, my home as the “inland” Island Fellow for the past two years, I’ve been thinking about how places, people, and even the self, have ways of unfolding as well.

When I first came to Millinocket, I probably saw what most people see as they drive through the town on the way to Baxter State Park: a former mill town forgotten by time. It’s the dominant image projected onto this place, one of the only shapes the narrative seems allowed to take. I probably presented a façade of my own, armed with the fresh-out-of-college blueprint of who I was supposed to become and the false confidence of rather black-and-white thinking.

At that point, my choices felt limited to an unoriginal, if earnest, version of what it meant to be a “good” person and do meaningful work: being a teacher, working at a nonprofit, or being some kind of activist. When it came to change making, my imagination went as far as my exposure.

My work at the Millinocket library challenged those notions a lot. Modern libraries can be amazingly flexible institutions, constantly adapting to become what is needed, listening to the moment and responding. During my time here, “a day at the library” has included anything from making Ethernet cables, to recording a radio ad, to pricing rare books, to teaching robotics, to cataloging skis, to being a witness at a wedding, to designing an organizational structure.

The possibilities of my work expanded as relationships and my understanding of the community grew.

There were certainly moments when the town started to feel small, the politics bleak, moments when I wondered if “my people” were really here, or if my work was really valuable. And yet, every time, new people would come out of the woodwork, new pockets of perspective would emerge from their creases, and I would show up again and again, willing the narrative to evolve until it did.

Ultimately, this has had the effect that as I leave, Millinocket actually feels bigger to me than when I arrived. While I still can’t see the edges of its paper, this place has unfolded to me, and the result is both a map of where it’s been and a blueprint of what it can become, drawn in dazzling shades of grey.

As for me, my own origami-paper heart feels more open than ever. Its surface is littered with new and wild creases, and it won’t quite lay flat, but I trust that there’s some kind of chaotic logic to it.

I’m less afraid to just try. I have no five-year plan. To be honest, I don’t even have a one-year plan because I know that meaningful change making, that a meaningful life can take many forms and happen anywhere.

Diana Furukawa worked with the Millinocket Memorial Library to develop a community resource and volunteer coordination center for the Katahadin region. Before moving to Maine, she lived in Seattle. Shegraduated from Bowdoin College with a degree in sociology and visual arts. The Working Waterfront wishes her success in her next endeavor. 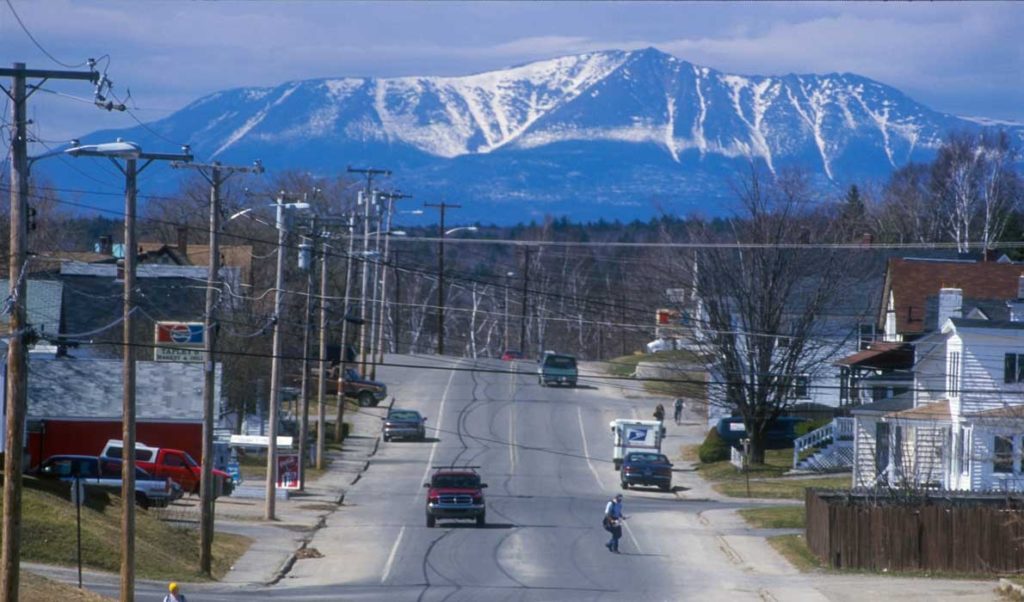