The Passamaquoddy word for leadership is nihkanke. The literal translation of that word is “the one who paddles in the front of the canoe.”

I clearly remember when I first heard this word and learned its cultural context. I was at a leadership seminar for island leaders, sponsored by the Island Institute.

Linda Cross Godfrey, founder of the Atlantic Leadership Center in Eastport, shared a story about asking David Francis, the honored tribal elder who was working on creating the Passamaquoddy dictionary, for the definition of leadership. In Passamaquoddy language tradition, concepts are presented in a way that listeners can imagine and relate to a real action or experience they already understand. She explained that the Passamaquoddy language is made up of very long words that establish the whole context, setting, and experience, and nihkanke is the smallest version of the entire concept of leadership.

For a small word, nihkanke had a profound impact on me.

The vision I had of leadership to this point was Washington crossing the Delaware—a man standing and shouting directions, while the rest of the people sat rowing, a level below. Nihkanke portrayed all sitting on the same level, rowing together, while the leader used his or her oar to provide power and his or her view to provide insight for what lies ahead. This is what has stuck with me.

This new way of considering leadership was contrary to everything I had ever read or seen.

And this kind of leadership, vividly articulated by the Passamaquoddy, has been the most effective in our communities during this pandemic. The communities that have been proactive and demonstrated resilience during this time have not had a single leader. Instead, they’ve had a group of power rowers moving ahead in sync, with skilled and thoughtful leaders taking turns providing insight from the front of the canoe.

In the past few months, in Maine’s island and coastal communities, “emergency operation teams” or other similarly named groups have formed. These have been coordinated by different people. In some cases, it was the town manager or head of the board of selectmen, in others the head of a nonprofit group, and others a skilled volunteer coordinator.

Although the formal role of leader is different in each case, the function and operation of the group is strikingly similar. A group of decision makers have come together to coordinate, communicate, and use each other as a sounding board in unprecedented situations.

They focus on coordinated decision making, sharing resources, and above all, communication. They speak with one voice to the community. This allows hard choices to not be attributed to a single person or organization.

I conducted interviews in three communities that were responding, from my vantage point, effectively, to learn more about this approach. I immediately noticed that everyone I spoke to used the words “we” or “us,” and never “I” or “they.” They talked about gathering information from multiple stakeholders, but deferring decisions to the most knowledgeable in the group.

The town would never tell the medical center or the school what to do (or vice versa), but all were given the opportunity and did weigh in with ideas and resources.

When asked about decision making, there was a theme of “one voice.” Whatever the decision was, no matter how contentious the process was behind closed doors, it was communicated as the decision of the group.

And communication was key. From daily emails, to Facebook posts, to open information sessions, each emergency group recognized that having the entire community receive a steady flow of accurate information was as important, if not more so, than the policy and procedure decisions they were making.

At the onset of the pandemic, the Maine Islands Coalition, a group of leaders from each of Maine’s year-round island communities, increased its meeting schedule from four times a year to weekly. Representatives gathered with topic experts and nonprofit partners to attempt to navigate this unprecedented new reality. Although each island community is unique, there were many shared challenges and resources that were quickly identified. Island leaders from each community showed up at the table to share and learn. This group has demonstrated the power of shared leadership, open communication, and willingness to collaborate.

Our communities have had to face tremendous challenges in the past few months, but they have shown incredible capacity for effective leadership.

In both the emergency response teams and the Maine Islands Coalition, there was no George Washington identified. Just a rotating cast of paddlers, taking turns in the front of the canoe, some more often than others. Each leader focused on coordination, communication, and moving the canoe towards a more resilient community in the face of crisis.

Karen Burns is chief talent officer for the Island Institute, publisher of The Working Waterfront. 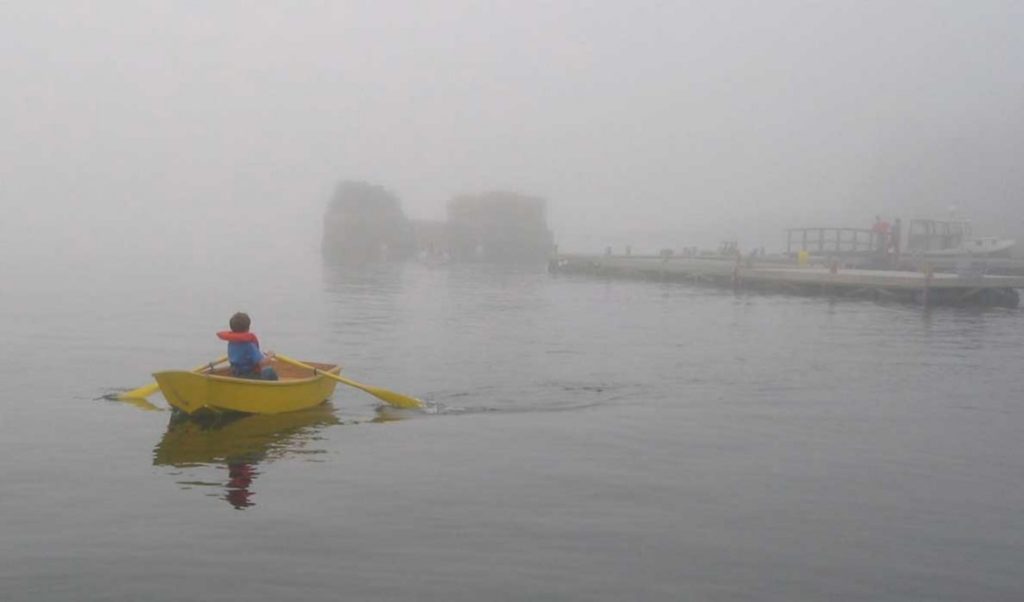