As real estate prices spike in Kittery, efforts to carve out a niche for affordable housing have intensified, and one possible step toward alleviating the crunch is rethinking a popular shopping plaza.

The median single-home listing price, according to Realtor.com, is $345,000.

Kittery’s town manager, Kendra Amaral, recently noted that the hundreds of workers moving into the area to fill positions at Portsmouth Naval Shipyard aren’t the only ones having difficulty securing affordable housing. Kittery natives graduating from college and hoping to return home to work also are facing the challenge.

Some town officials have suggested the answer lies in revising Kittery’s zoning ordinance to allow mixed-construction in areas that have been zoned commercial.

A report on Seacoast Online noted that Kittery Town Council’s Matthew Brock suggested earlier this year that the zoning ordinance has been a hindrance to building workforce and affordable housing. More recently, he said changing the ordinance to allow mixed-use construction in areas currently zoned commercial “will offer larger property owners, such as malls, the option to generate revenue and potentially provide lower cost housing for its workers.”

The town’s affordable housing committee thinks the large land parcels near the Route 1 bypass and the Kittery Outlet Mall would be ideal for development because water lines and electric are already in place, Brock said. The committee is also focusing on a possible public housing project on town land. Details for both options are still being developed.

The town’s outlet mall, a shopping mecca for many, may serve Kittery in a different form in the years to come, suggested Amaral. Many of the buildings are “coming to the end of their useful life,” she said, and they will probably require more maintenance and investment in the near future. Owners may be faced with deciding whether to stay with retail or to redevelop the site for another use.

As the nation-wide trend of online shopping displacing brick-and-mortar store continues, the idea of building homes along Route 1 may become a more viable option.

Still, the Kittery Outlet Mall may buck that trend.

Marketing Director Lynn Smith said overall, business is booming, and that national chain stores represented at the mall, such Old Navy, Banana Republic and J. Crew, offer their own online sales. Currently, stores at the mall employ more than 1,500.
Smith also said that the closing of a few outlet stores, such as Gymboree earlier this year, has been the decision of the parent company. Such closures do not reflect of the overall vitality of the Kittery Outlet Mall, she said. Two new stores, Kate Spade and Lenox, opened there last summer.

The mall remains a major tourist draw, she said. “For many people, that’s become a tradition,” Smith said.

Jeremy Gagner, chief operating officer of Weathervane Seafood Restaurant, which is in the mall, said he’s glad the town is considering measures to address the housing shortage. If houses are built, though, he believes parking must be added.

“We are still developing zoning proposals and will continue to seek input from mall owners and the public,” he said. “The process is still in development, will be transparent, and subject to public comment before finalizing any proposals.”

The median value of a single-family house in Kittery is $372,400, according to Zillow.com.

House values have increased 5.5 percent over the last year and Zillow predicts they will rise 1.8 percen t within the next year.

The median list price per square foot in Kittery is $287, which is higher than the Portland-South Portland Metroaverage of $223. The median price of homes currently listed in Kittery is $539,900.
In 2017, the median household income of Kittery residents was $73,287. 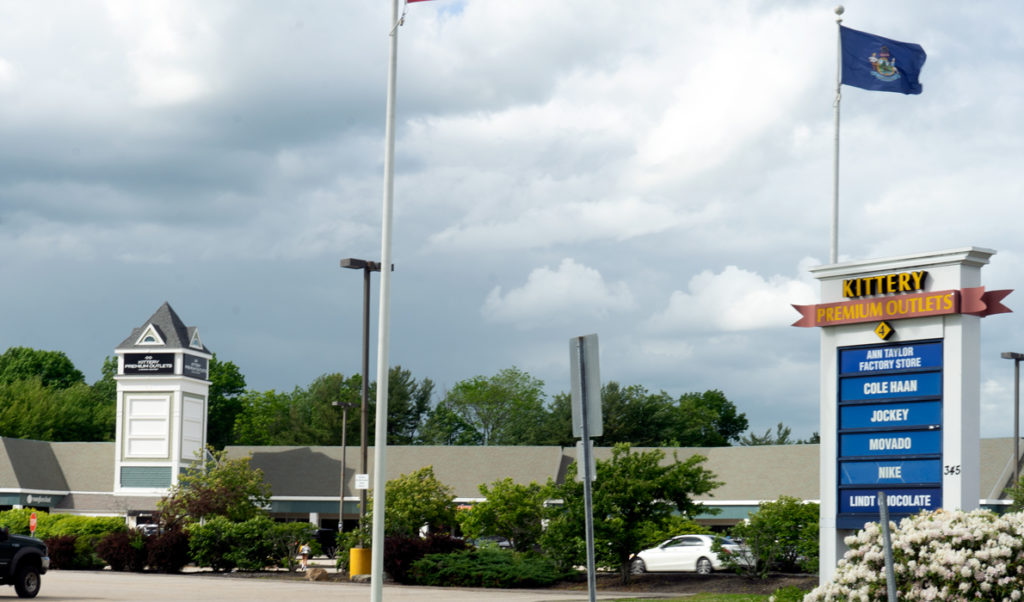 One of the several Kittery malls.