Several years ago, the newly hired town manager in Camden told her select board she could not meet a provision of the town charter. The charter required the manager to live—reasonably enough—in the town she served. But the woman, who was earning in the range of $80,000 at the time, couldn’t find a decent house she could afford.

Ultimately, she found a place several miles inland from pricey coastal Camden, and the board waived the residency requirement.

The manager’s conundrum wasn’t merely the result of expensive real estate. Camden, like more and more coastal towns in Maine, has seen many of its homes purchased for seasonal residences and this means more housing stock unavailable to buy. It also means the community loses year-round vitality.

There are no easy fixes for such market-driven problems, but there are options for local and state governments. One of those options was reported on recently by The New York Times, which explained what Provincetown, the beachfront community at the tip of Cape Cod, is doing on the property tax front.

Thanks to a provision added to Massachusetts state law, municipalities are able to tax second homes at a higher property tax rate.

Provincetown can draw as many as 65,000 to its streets, galleries, restaurants and hotels in mid-summer, but its year-round population is just 2,800. According to the Times, second homes make up 71 percent of the residential property.

“Provincetown is hollowing out,” the newspaper writes. “The winter population dropped 14 percent between 2000 and 2010.”

Sate law allows Provincetown to grant an exemption to properties that are the primary residency, thereby shifting the burden to rental and second-home properties. The Times reports that a condominium valued at $369,900 would see the annual property tax bill of $2,700 drop by $685; for a part-time resident in a similar residence, “the bill will go up by $144.”

In all, 14 municipalities in Massachusetts have adopted the mechanism.

In Maine, that approach may be problematic. Most second homes here are camps in northern and western Maine, owned by state residents. Shifting the property tax burden there, even if the revenue is dedicated to some worthy activity, may not be justifiable.

Of course, property taxes are only one part of the cost of living in such desirable locales. If real estate prices are driven high by speculation, any coastal town can “hollow out,” to use the Times’ phrase.

Another dilemma some of our coastal towns are facing—which they share with places like Provincetown—is having to provide services for day-time populations that are triple the resident population. So-called service center towns like Ellsworth, Rockland and Brunswick must add police and fire protection and do more road maintenance because of the influx of visitors.

The idea of allowing such towns to adopt a local option sales tax—say, 1 percent above the state rate—has been floated before, but the legislature has not warmed to the idea.

Keeping our coastal and island towns vital, with year-round residents and economies, will be an ongoing struggle. Government must stay open-minded and responsive to new ways to aid in that struggle, and keep an eye on what is working elsewhere. 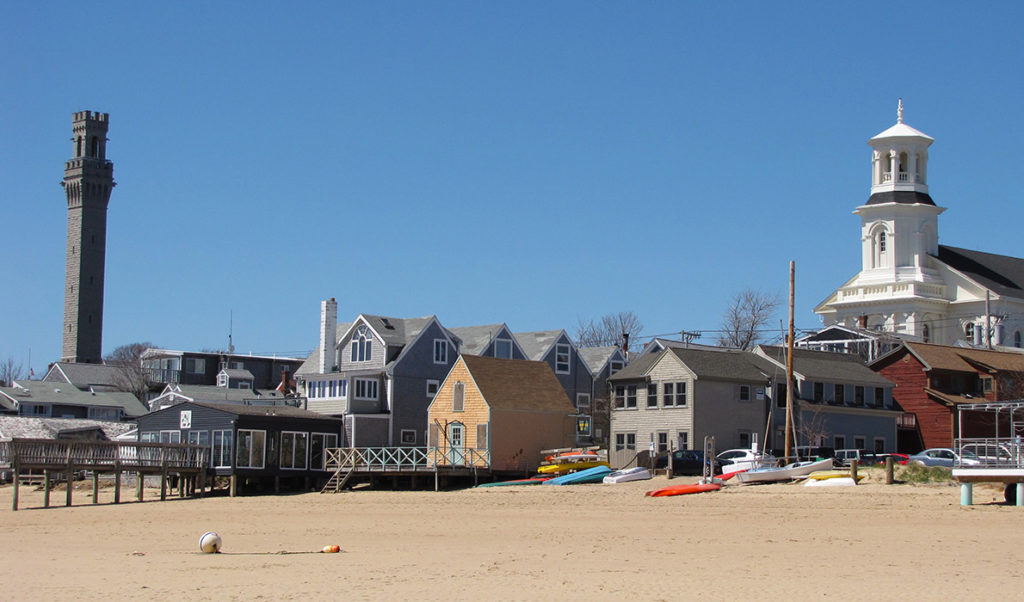