When Darius Kasprzak, skipper of the Marona and president of the Alaska Jig Association showed up in Rockland, he knew that his biggest problem in convincing Mainers the merits of jig-fishing was the lack of… well, fish.

“There ain’t ground fish in Penobscot Bay, and good luck finding them anywhere else,” several lobstermen assured him, more or less.

But Kasprzak, as well as representatives of several fishing organizations that partnered to bring him to Maine, are hopeful that while jig fishing won’t be a cure for what has now been a decades long slump in New England ground fish, it may be one of a number of tools fishermen can combine to keep earning a living on the water.

To those with some knowledge of fishing, the term “jig” usually conjures up images of sport fishermen jerking rods up and down, often with some funky looking squid as bait. Kasprzak, who makes his living as a commercial jig fisherman, uses automated jig machines that imitate this motion hands-free, allowing him and a single crewmember to operate four of them at the same time on his 45-foot fishing vessel.

In the bountiful seas off the coast of Kodiak Island where he fishes, this technology is enough for him to make a living, and in a good year he is able to harvest more than 50 tons of cod and rockfish. While these numbers may be out of reach for New England fishermen, many are hopeful that jig fishing could provide them with some advantages.

One of these advantages is the ability to be selective with the catch, says Ben Martens, director of Maine Coast Fisherman’s Association, an organization that represents the bulk of Maine’s small boat ground fish fleet.

“Maine fishermen are trying to find new and innovative ways to selectively target healthy species like pollock and haddock,” he said, “while avoiding catching stocks that are not as environmentally or economically viable such as Gulf of Maine cod.”

Indeed, while some modifications can be made to the most prevalent gear types—trawling and gillnetting—it is tough to find a more selective harvest method than jig fishing, where variables such as bait, jig-speed, depth and hook-shape can all be controlled.

More modern jig machines go as far as having attached computers by which operators can fine-tune their settings. Kasprzak has found that this tight control allows jig fishermen to target species of high-value while avoiding species whose stocks are threatened.

Another advantage of jig fishing is the market value of the catch.

In video of his fishing operation, Kasprzak was able to show the way he pulls individual fish over the side of his boat where they are then chilled in water just above freezing until they can be processed. Additionally, his fish are removed from the water alive, and due to the relatively benign impact the hooks have on fish health, he is able to release those that are too small or of the wrong species back into the ocean unscathed.

For his high-quality product, environmental stewardship and involvement with Alaska-based community supported fishery, Catch of the Season, Kasprzak has been able to earn twice the per-pound price of his competitors.

In Maine, several organizations are looking into similar approaches to emphasize gear type and quality in the marketplace, including Port Clyde Fresh Catch’s ongoing community supported fishery. Through these methods, fishermen hope they can turn some of the emphasis away from how many fish they catch, to how they are caught.

A final aspect of jig fishing that may prove crucial in determining its success is its adaptability. As the dip in the ground fish industry and subsequent upswing in lobster has shown, the only thing certain in Maine fisheries these days is uncertainty.

“In gear technology, it’s all about having as many tools as possible,” said Adam Baukas, gear specialist at the Gulf of Maine Research Institute. As a relatively cheap and low-maintenance option compared to other cutting edge techniques, Baukus believes jig fishing is an easy tool for fishermen to pick up that could be invaluable in adapting to changing conditions in management, markets and climate.

While it is unlikely that jig fishing will provide enough profit for New England fishermen to give up other gear types, Martens and others are hopeful it could be a valuable part of the puzzle of gear types, marketing and environmental-preservation that will allow fishermen to piece together a living, now and in the future.

In this puzzle, finding individuals like Kasprzak who can share and exchange their vast fishing knowledge will be of the utmost importance.

James Crimp is a marine economic development associate with the Island Institute, publisher of The Working Waterfront. 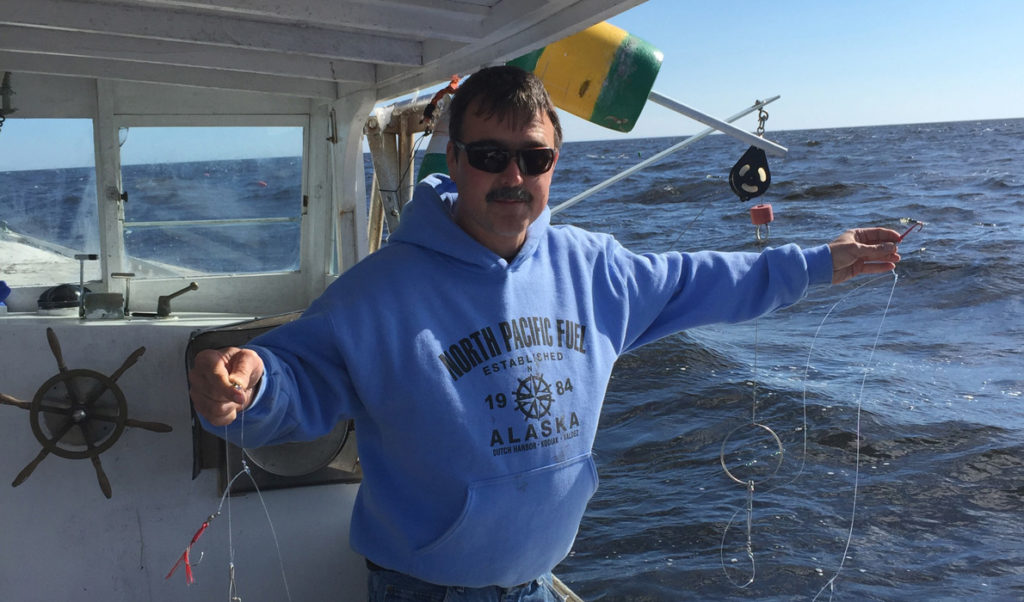