Legislation aimed at modernizing and fixing what is broken in the 1980 Maine Indian Land Claims Settlement Act is working its way through the Maine Legislature. LD 1626 came through the work of a bipartisan task force that also included tribal chiefs and leaders as well as representatives from the governor’s and attorney general’s office.

The task force met over seven months and studied and discussed federal Indian law, the land claims in Maine, tribal self-governance, and the problems that have plagued the Wabanaki tribal nations since 1980. The task force passed a set of consensus recommendations which are now the substance of LD 1626. Tribal gaming was placed in a separate bill, which was vetoed by Gov. Mills last year.

In February, LD 1626, sponsored by House Assistant Majority Leader Rachel Talbot Ross, D-Portland, was heard by the Maine Legislative Judiciary Committee. Rep. Talbot Ross introduced the bill with a fiery speech full of history, complexities, and a plea for justice and equity. The bill garnered 1,650 written testimonies in favor and over 100 oral testimonies that spanned over eight hours and included statements from Wabanaki chiefs, leaders, elders, and citizens. The testimony spoke to how the land claims act has presented hardships in our communities due to its restrictive language on sovereignty and self-determination.

So many of the submissions of support were from non-tribal allies, neighbors, friends, and Mainers from every corner of the state. There was only one testimony submitted that opposed LD 1626. The Wabanaki Alliance has amassed a coalition of more than 50 organizations that have been working tirelessly in coordination with the tribal nations to show up strong for this bill.

The hard work has paid off thus far, and we need to keep the ball rolling.

The 1980 act is flawed in that it restricts the jurisdictional authority of the tribes and treats us like municipalities, which we are not. The act also undermines our relationship with the federal government by essentially blocking access to federal legislation meant to benefit federally recognized tribes.

Since 1980 there have been roughly 150 such laws passed that the tribes in Maine have not had access to. Every other tribe in the country has rights that the Maine tribes are being denied because of this outdated and flawed law.

It is time to take advantage of the task force’s good work which represents a meaningful collaboration between all parties. The settlement act has been studied time and time again. Recommendations have been made but they have failed to be implemented because Maine was not ready to restore and recognize tribal sovereignty. Maine should be ready now.

The Maliseet, Passamaquoddy, and Penobscot people have come back to the table in good faith and our people are hopeful, even in the face of the painful history of oppression and inequity.

The tribes are capable and ready to function like every other tribe in the country. If the Wabanaki Nations have equality not only will they be able to improve conditions and bring brighter futures, but the effects will be positive for all of Maine. We heard this message time and time again in the public hearing and no matter the outcome of the bill, that message of unity and fairness will echo throughout history.

So many of you took a stand with the Wabanaki and we are in deep gratitude.

Please help us keep our momentum going and follow the Wabanaki Alliance on social media and our website (wabanakialliance.org) for ways to stay involved.

Kci Woliwoni. (Thank you very much.)

Maulian Dana is the Penobscot Nation tribal ambassador and president of the Wabanaki Alliance. 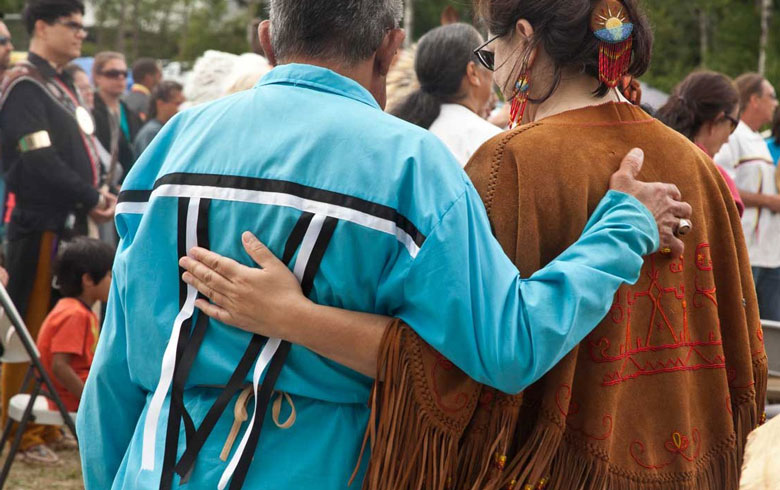