It’s pie season on the island.

The succession of pie-filling ingredients growing in our gardens and ready for gathering in fields, one after another from rhubarb to strawberries, cherries, blueberries, raspberries, blackberries, peaches, and then apples and at last pumpkins, makes a huge plenty for a range of pies. Then key lime pie, chocolate cream, peanut butter fudge, coconut cream, lemon meringue, all those fillings from exotic places requiring an assist from mainland locations, or even half-way around the world, round out pie choices.

If you can make pie, a you can find someone to eat it.

For years, the Beacon Project here has sold pie by the slice at the Sporting Club’s Seafood Festival (and lawnmower races) to help support Boardman Cottage, our eldercare residence. The club cooks the burgers, fried clams, and all, and there’s pie for dessert. Dozens of pies cover a table, and some customers assemble a whole pie to take home from the several pies to choose from. Many devour a slice on the spot.

The Sewing Circle makes pies to sell at its annual fair. The bakery and fudge table, if adorned with enough pies, generates a dandy sum to add to sales of scrubbies, tablecloths, hats, aprons, scarves, and baby booties as well as white elephants and flowers so the Circle can continue to donate to other charitable organizations in town.

All these pies lined up are a gorgeous sight. Crimped edges, lattice covered, golden pastry, and open-faced pies. Have I told you the old joke about pie in Maine? A city newspaper writer interviewed a Maine woman famed for her pies.

“What kind of pies do you make?” asked the city-slicker.

“All three kinds,” she replied.

“And what are those?” said the writer with a smirk.

“Why, open, shut, and barred,” she replied. The implication is you can make almost anything into pie, and cover it with a pastry top, for a shut pie, or pour it into a pastry-lined pan, like you make lemon meringue, for an open pie, or weave pastry strips over a juicy filling as in blueberry pie to make a “barred” pie.

Personally, I don’t hold with those devices that you can press onto a rolled-out pastry that cuts out a lattice look-alike. I like truly woven crusts for their beauty, but that is the limit of my pie artistry.

One of our famous pie bakers, Joanne, fashions leaves and rolls bits of dough into little balls arranged artfully atop the upper crust of a blueberry pie. They are almost too pretty to eat. It’s fun to see stars, or pastry apples or pumpkins strewn over the top of pies; I am way too lazy to go to that extent. Her pies sell in a flash at the Farmer’s Market and no wonder.

Truth be known, I am almost too lazy to make pie at all. My neighbor Nancy across the street makes pies a lot, like rolling off a log. It doesn’t bother her one bit when her family of three children show up with their partners and eat a whole pie in one sitting. If it wasn’t for my food processor, I’d probably never make pies at all. I know how to use two knives to cut shortening into flour, the method Joanne prefers, but lack the patience.

I learned about food processors and pie crust back in the late 1970s when Behri Knauth, the wife of my first editor, Percy Knauth, described dumping flour and shortening into the bowl of a processor, hitting the pulse button a few times, brrrt, brrrt, then adding water and watching the ball of pastry pull together almost magically.

Nearly a decade later, I acquired my first processor, gradually honed my pulsing skills to get the right flour and shortening texture. I still add cold water by hand, tossing the flour and shortening with a scraper until it comes together. Pastry needs chilling, I am convinced, and so time in the freezer firms it right up. Meanwhile, I prepare the filling.

My personal favorite is a blueberry pie. Neighbors down the road have improved a huge blueberry field from which they allow their neighbors to pick. I take a rake, and gather berries, pick out the leaves and stems, add a little tapioca, light brown sugar, lemon juice, nutmeg, toss it and dump it into a pastry-lined pie plate. I lay over it strips of pastry absolutely no wider than a half-inch and weave the top crust. Bake until you see bubbling through the open top. 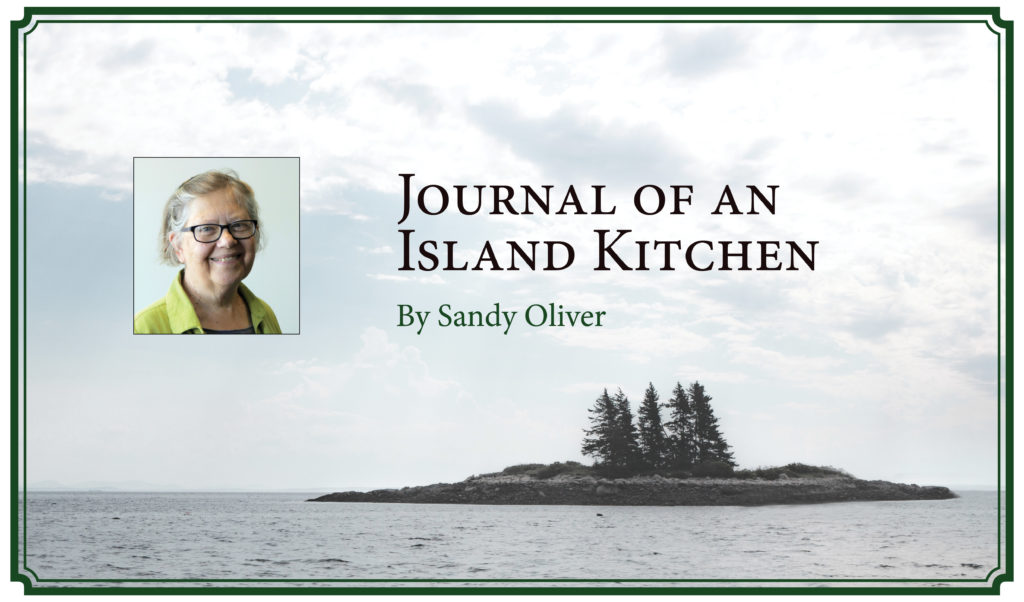