It may not be a surprise that 2017 has been a year of record-breaking storms and heat.

Hurricanes Harvey, Irma, and Maria took a devastating toll on the Caribbean and southeast United States. Harvey dumped almost 52 inches of rain on southeastern Texas, according to preliminary data, and may end up breaking the record for total rain from any single storm in recorded history for the continental United States. Irma maintained 185 mph winds for 37 hours—longer than any other cyclone in recorded history across the globe.

Here in Maine, we were hit by the uncharacteristically powerful Oct. 30 “bomb cyclone.” While less devastating than the hurricanes, the winds from this storm led to the largest number of power outages in the history of Central Maine Power.

But it’s not just storms that will put 2017 in the record books; this year is currently tracking to be among the three hottest years ever recorded, along with 2016 and 2015. Importantly, 2015 and 2016 were El Niño years, which contributed to their record-breaking warmth. This year was not an El Niño year, making the high temperatures more noteworthy.

Locally, in the Gulf of Maine, ocean temperatures were in sync with the global heatwave in some areas, but not all of it. According to the University of Maine School of Marine Sciences and NERACOOS buoys, the central Gulf of Maine, Bay of Fundy, Georges Bank, and southern Nova Scotian shelf were all 1 degree to 2 degrees Fahrenheit warmer than the long-term average. By contrast, the coastal rim of the Gulf of Maine, including our nearshore coastal waters, were about 1 degree colder than the long-term average. The sluggish lobster catches during summer and early fall of 2017 could be due in part to the colder than normal coastal waters.

El Niño and La Niña are both global climate events with their origin in the waters of the central and eastern equatorial Pacific Ocean. The U.S. Climate Prediction Center declares an El Niño event when the sea surface temperature of a specific section of the equatorial Pacific Ocean is 0.5 degrees Centigrade above the long-term average for several seasons, combined with an atmospheric response. Conversely, when sea surface temperatures are 0.5 degrees Centigrade colder than average, a La Niña is declared. Since 1900 there have been approximately 30 El Niño events and 23 La Niña events. Both events impact temperatures, precipitation, and storms across the globe.

Climate scientists are currently projecting a 65 percent to 75 percent chance that we will move into La Niña conditions heading into 2017-2018 winter. La Niña generally leads to colder than average temperatures and above average precipitation across the western and northern tier U.S., with warmer, drier conditions across the southern and northeastern part of the country.

If La Niña does develop, it will likely mean less snow in the Northeast and more in the West than an average year. The experts at the national Climate Prediction Center have a high level of agreement that this winter will be milder than average for the northeastern U.S., which could spell good news for lobster fishery in 2018, but also may allow green crabs to survive through to spring. 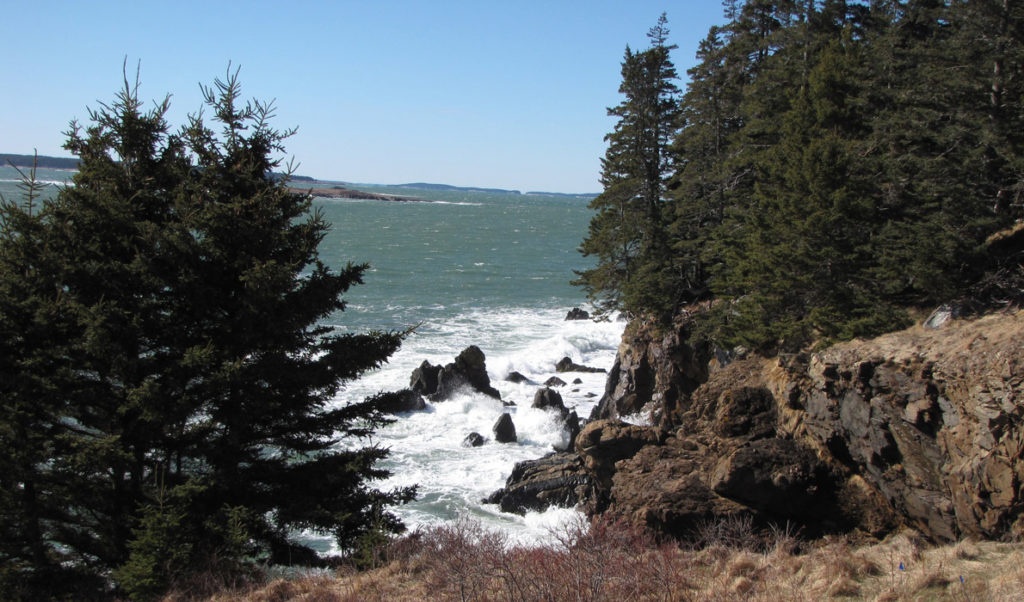