Islesboro and Isle au Haut have each postponed their annual town meetings.

In Islesboro, residents are considering an ambitious plan that would have the town build a broadband Internet network on the island. Selectmen had proposed borrowing $3 million through a municipal bond for the project, but the article on the town meeting warrant was changed to request permission to spend $206,830. The meeting had been scheduled for May 9, but was rescheduled to May 30.

Selectman Arch Gilles said town officials wanted to refine the proposal before putting the full project before voters. The $206,830 will cover negotiating tentative contracts with the companies that would construct the network and operate it if it wins final town approval, looking at “the legal, financial, technical work that needs to be done,” he said. Gilles said the same spending would be required had the full project been approved earlier in May.

If residents approve the first part of the project, town officials hope to put the remainder of the proposal—which will cost roughly $3 million, less the $206,830—before voters later in the year.

Costs would include leasing the use of existing Central Maine Power poles and installing new, higher-speed cables. A 1,000-megabits-per-second (mbps)—1 gigabit—service is anticipated.

If approved, the town would contract with GWI of Biddeford to operate the service.

The proposed project would run fiber optic cable down all town roads on the island. Fiber optic cable offers more capacity for information, while also offering higher speeds to more users. It’s akin to increasing the diameter of the pipe for a water system, while at the same time increasing water pressure.

In Isle au Haut, the town meeting had been scheduled for March 30, but in a March 24 email to Stonington’s Island Ad-Vantages newspaper, first selectman Landon DeWitt wrote that the town needed more time to prepare. As of that time, DeWitt expected the meeting to be held in mid-April.

Phone messages left with DeWitt by The Working Waterfront seeking more information were not returned. Island sources said that as of early May, the meeting had not been scheduled.

Several legislators gave updates at the May 8 meeting of the Maine Islands Coalition (MIC).

Rep. Lydia Blume, D-York, talked about her bill, LD 408, which would require coastal towns and cities adopting growth management plans “under the state’s growth planning and land use laws” to include in their comprehensive plan “information on and a plan to address changes in sea level on buildings, transportation infrastructure, sewage treatment facilities and other relevant municipal, multimunicipal or privately held infrastructure or property,” according to the bill summary.

Blume stressed that the law would not impose a mandate on towns nor does it require any state funding.

Also reporting to the group was Rep. Mick Devin, D-Newcastle, who talked about the work done by the ocean acidification commission, a group created through a bill he sponsored. In particular, Devin stressed the concerns many have about the increasingly acidic waters effect on shellfish.

“Tourists do not come to the coast of Maine to eat a chicken sandwich,” Devin quipped.

Another legislator attending the MIC meeting, Rep. Janice Cooper, D-Yarmouth, reported on her bill, LD 63, which aims to increase Medicare reimbursements by 15 percent to adult family care homes and residential care facilities in remote island locations. The idea is help islanders remain in their communities, a goal often thwarted by higher costs of care there.

Peaks Island will hire a police cadet for the summer, the island’s MIC representative, Mary Ann Mitchell said. The island, part of Portland, sees about 675,000 visitors each year, and most come in the summer months to rent by night, week or month or to visit for the day.

The police cadet will help direct cars and golf carts at the busy “Down Front” part of the island.

Another Casco Bay island, Cliff, got a boost from the city when it agreed to sell to Sustainable Cliff Island, an island nonprofit, a property seized for nonpayment of taxes. The 19,500-square-foot parcel on Fisherman’s Cove includes a 1,040-square-foot house and a 400-square-foot structure that had been a store, as well as fuel depot and pier.

MIC representative Cheryl Crowley said the city forgave the $53,500 in back taxes owed on the property.

Other updates from MIC representatives: Tara Hire of Monhegan reported that the island has seen two new year-round residents settle there with another due in June; Tom Powell of Great Cranberry Island reported that there were “just under 20 school-aged kids” on the island and that the affordable housing units were full. 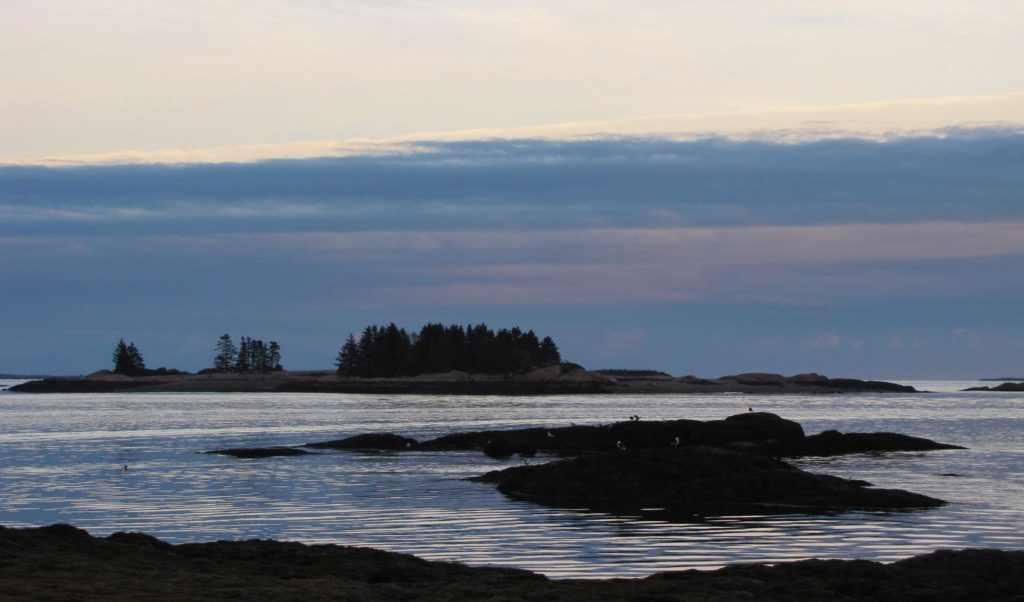