At a special town meeting on June 11, voters approved a plan that would allow hunters who live or own land on the island to take an unlimited number of deer from mid-December to the end of February.

The plan, which carried in a 45-27 vote, is contingent on approval by the Department of Inland Fisheries & Wildlife (IF&W). If IF&W allows the special hunt, it would begin this December and return for the next two Decembers.

The move follows a consultant’s report, delivered to the town in May, which concluded the island’s deer population posed health and environmental risks.

The special hunt was approved and held for the previous three years. The timing of the special hunt was chosen to avoid conflict with a state-approved expanded archery hunt, open on the island from early September through mid-December.

At the June 11 meeting, residents defeated, in a 35-36 vote, another proposal that would have held the special hunt from early November through the end of January, which would have overlapped with some of the expanded archery hunt.

Islesboro residents worry about the prevalence of deer on the island, which are identified as a dominant host of the deer tick, carrier of Lyme and other diseases.

Another approach the town twice considered but failed to approve at town meetings was hiring a company that would have sent sharpshooters to the island to kill as many deer as possible in a short time frame.

The town’s response to Lyme and the other diseases spread by ticks has divided residents.

Some believe reducing the deer population enough to curb the presence of the tick is unlikely to succeed. Over the past three years of the special hunt, about 50 deer were killed each season, Town Manager Janet Anderson said after the meeting. If this winter brings deep snow and severe cold, hunters seeking deer in January and February are not likely to be able to find many deer, opponents say.

Others worry the presence of hunters who may be aggressively pursuing their quarry could endanger the public. Part of the special hunt plan calls for providing two hunter training sessions, Anderson said.

And some, who say they rarely see deer as they travel around the island in recent months, believe the deer population is low enough. But data gathered recently disputes this.

The town’s deer reduction committee hired a firm to conduct a survey of the island’s deer herd (including on adjacent 700 Acre Island, which is part of the town). Stantec Consulting conducted a deer pellet count in late April, and determined the deer density on the main island to be 50.9 per square mile and 46.5 per square mile on 700 Acre Island. The total deer population for the town was estimated at 614.

The consultant concluded the population is too high: “The deer densities on Islesboro and 700 Acre Island remain significantly elevated over the current literature-based recommendation of ten deer per square mile needed to break the deer tick life cycle,” Stantec reported. “As such, the risk of Lyme disease on Islesboro and the surrounding islands is likely to continue to be high until appropriate efforts are made to lower existing deer densities.”

Additionally, Stantec concluded the “current deer density exceeds the carrying capacity of the island forest…” Significant tree blow-downs from storms were noted in the report, and because deer are eating the new growth, the forests are not regenerating.

The town would issue the permits and pay the tag fee owed the state. The town also has budgeted $16,500 to pay for butchering the deer killed during the special hunt, Anderson said.

Those living on or owning land on the island are eligible for the special hunt. The last special hunt was open only to island residents, but by including off-island landowners, the town hopes to increase the number of hunters.

On Saturday, June 13, representatives of the town’s deer reduction committee presented Islesboro’s plan for the special hunt to IF&W’s citizen advisory council. The council will discuss the plan again at its August meeting as part of a three-step process, said Becky Orff of the commissioner’s office. If the council recommends proceeding, the commissioner would approve the hunt, though it may be modified.

Such modifications may include the kinds of weapons that may be used, the sex of the deer to be taken and the “bag limit.” As proposed, the hunt would allow any sex deer with no bag limit.

The plan also calls for would-be hunters to qualify through a training course, to ensure safety for the community. 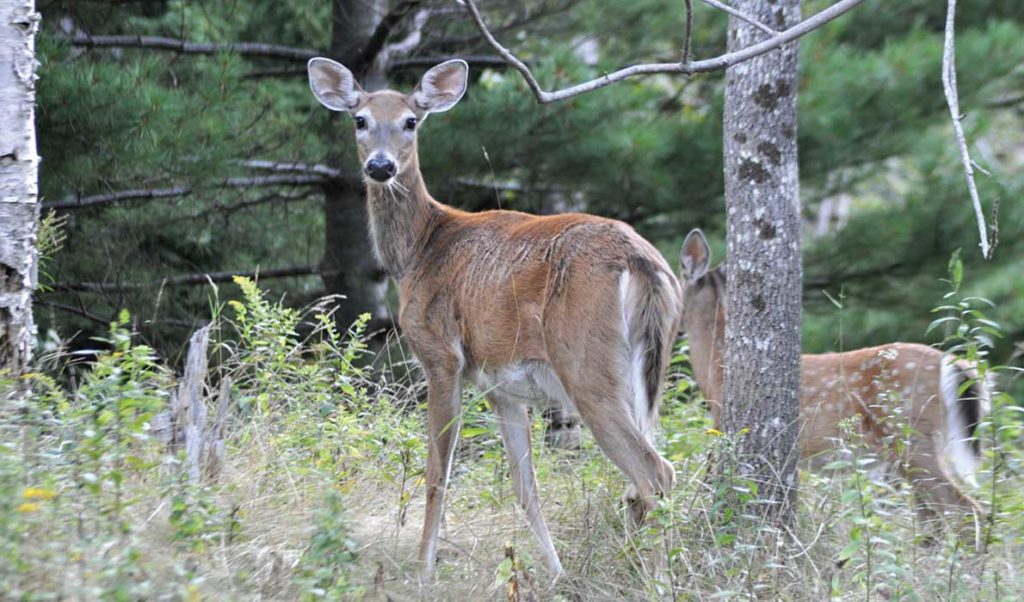