I once read a book that began with the author flying over the Amazon for the first time. While he hadn’t yet set foot in this part of the world, he had been there many times by reading, looking at maps and absorbing magazine photographs. In fact, the Amazon rain forest was just as he had imagined it would be, or at least it appeared as such, looking down at the thick rainforest from the window of a Cessna.

Sometimes I get the impression that everyone has already been to one of Maine’s islands. Whether they have been here or not is beside the point. The fact is that before people ever set foot on an island, they have been here through stories told by friends of a memorable lobster dinner, articles in National Geographic and Island Journal, and through travel logs and other news in the nation’s premier news outlets. Because of these stories, whether someone has been here or not, he or she has an idea of what that experience would be.

One of my favorite and surprising accounts of someone already having knowledge of a Maine island—while not have having actually visited—came during a fundraising trip to the Midwest. I was meeting with the lead program officer at a major foundation. I dressed formally and expected to be asked a multitude of questions about the Island Institute’s impact and how the issues along the Maine coast measure up in a world where needs are often acute and urgent.

The officer opened the meeting by asking about Island Institute’s membership. I let her know that we have 3,800 members, and that the number is growing, albeit slowly. I will never forget her response.

“Rob, islands are going to be increasingly popular. In fact, everyone is going to be thinking about islands soon, if they aren’t already.”

I said I knew the family she represented had spent a great deal of time sailing and visiting island communities along the Maine coast, and that certainly experiences like these cause people to get involved in our organization.

But that was not what she had in mind.

“No Rob, that isn’t it at all. You see, islands are the perfect place to live when the zombie apocalypse comes.”

Shocked, and with some effort to continue the discussion, I asked why.

I hadn’t seen that coming.

Clearly, it would have paid off to have had a television over the past two decades, or to have read a book about zombies. Apparently, I need to get with it, because clearly this impressive woman running this foundation—along with many Americans—have became obsessed with zombies.

Being something of a conversationalist, I recovered and learned something in the process. You see, she believed that islands tap into survivalist powers that many people believe they have within themselves (whether it is actually there or ever could be is a whole different question). Television shows like Survivor and island-scare tourism destinations like Alcatraz pull people in because they evoke a kind of survivalist dystopia, one where we are forced to draw on skills and mental conditioning that have long been replaced by fast food and malls. Except for here in Maine. And especially on the islands!

It would seem that islands are increasingly on everyone’s mind, either because of the zombie apocalypse, or other equally interesting issues like sea-level rise, micro-grid development and sustainable fisheries.

I’ve been fortunate enough to spend many nights on a whole lot of islands over the last 15 years. I’ve connected the overwhelming sense of safety I feel on islands to the fact that people will help each other if someone is in a bind, even if they don’t like one another.

I had no idea that I was also safe from zombies.

Actually, my kids just told me that zombies can swim, as evidenced in Pirates of the Caribbean. I guess I’ll stick with my own reasons for liking islands.

Perhaps now people who come here will come for reasons other than escaping the zombie apocalypse. And you thought your summer neighbors were here for the lobster.

Rob Snyder is president of the Island Institute, publisher of The Working Waterfront. Follow Rob on Twitter: @ProOutsider 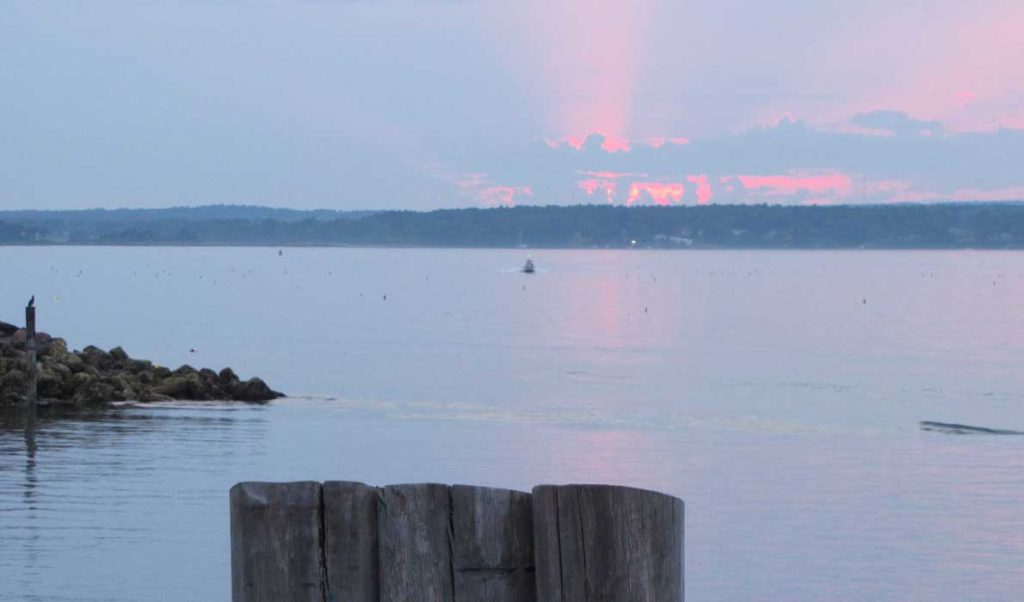