As near as anyone has been able to tell so far, there were ever only two water-powered granite polishing mills in the world (one may have been in Springfield, Mass.), and only one powered by tidal water. The latter was on Vinalhaven and it was powered by big iron turbines contained in three ingeniously conceived and laboriously constructed granite cisterns.

The genius of the stoneworkers who first understood the inherent potential of the millions of gallons of water rushing into and out of Carver’s Pond twice a day is evident for all to see. Their achievement was extraordinary, not only because such a mass of stones, carved to form the circular cisterns, was so artfully and practically assembled, but also because such a sophisticated understanding of how to maximize the site’s potential was brought to bear.

Nearly every spring, one or another impatient duck emerges from Carver’s Harbor at low tide and waddles up the railway, a bunch of ducklings in tow. She continues through traffic and up onto the bridge on the other side of the street. Gathering her little charges on the sidewalk, she jumps into a calm little eddy on the east side of the channel. She treads water and quacks to her brood gathered above. Within seconds the bravest one or two jump in to join her and gradually, usually within a minute, so do the others. Then they all paddle up the narrow band of calm water and into Carver’s Pond.

Last week it happened again, but this time it attracted a spectator who followed the assembly a little too closely, snapping photographs. The eight chicks found this pursuit disconcerting and, after mother had jumped into the eddy but before any of her offspring could muster the requisite courage, the chicks were herded along the bridge sidewalk where, frantic to get away from the pursuer but eager to rejoin Mom, they jumped into the boiling current instead of the eddy.

It was clear to those assembled that this was the end for the chicks. The raging current would carry them to the cisterns which would carry them, alive or already drowned, swirling downward to their certain end.

One of the spectators, however, watchful and unwilling to give up, called the attention of others to the fact that three ducklings had managed to cling to some seaweed on the side of the raceway before being swept away. He and two others clambered down onto the granite waterworks and one waded toward the three chicks, but the trio panicked and jumped into the current and were swept into the cisterns.

Climbing out, the rescuers looked down into the turbines and there, swirling madly counterclockwise like feathered ping pong balls, were the three chicks, plus two others. They were chirping frantically but could do nothing to save themselves. One of the rescuers leaned into the turbine with a pail, the other holding his feet, and grabbed each baby as the swirling water carried it inexorably into the pail. As each was rescued, it was passed upward, where it was tucked into the shirt of one of the others.

Mission accomplished, they were climbing off the graniteworks and congratulating themselves for having at least rescued five of the eight, when further chirping caused them to look on the ocean side of the dam. The final three had been swept down through the cistern, spit out into the harbor and had swum back to cling to some seaweed there and cry for Mama.

They were too far down to reach. A nearby ladder was not long enough so a kayak was launched back at the railway and paddled to these last three which were too exhausted to resist. The entire brood was then carried to a safe place in the pond and set adrift in hopes Mom would recognize their chirping and take up where she left off. 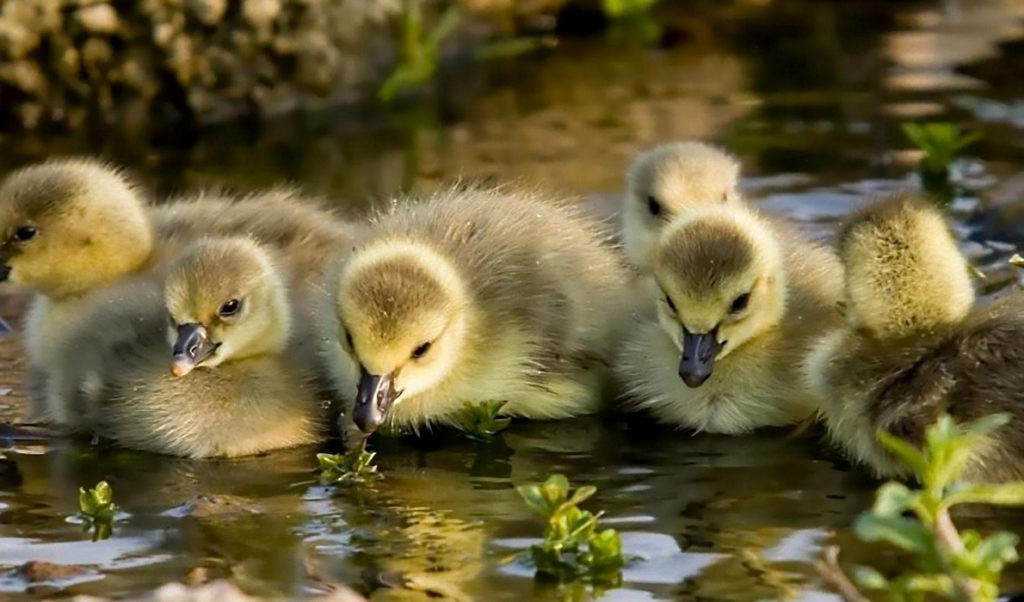