As a ten-times a year publication, The Working Waterfront falls somewhere between newspaper and magazine. We have an active web presence, and try to post our stories there in a timely way (WorkingWaterfront.com and our Facebook page) and we send out a weekly email newsletter with stories, photos and other features (sign up at the website).

But we admit we can’t always “break” news, and we sometimes fail to follow up on stories that don’t have a definitive conclusion. In perusing issues from earlier this year, there are a few stories on which we may have left readers hanging. Here’s our chance to catch you up.

Earlier this fall, some residents of the towns along upper Penobscot Bay, and most especially Islesboro, breathed a sigh of relief when the applicants for a major dredge project at the Mack Point port in Searsport withdrew their proposal from consideration. Those who depend on the health of the lobster fishery also were pleased, because the plan called for an unprecedented 900,000-cubic-yards of dredge material to be dumped off the western shore of Islesboro.

But project opponents—Islesboro Islands Trust, the Maine Lobstering Union, Sierra Club and several legislators representing towns as far south as Newcastle—are not so naïve as to think this story is over. The U.S. Army Corps of Engineers and Maine Department of Transportation, in their announcement, noted: “We may consider submitting a revised application…” That’s more likely to happen than not.

Opponents have offered a compromise position, that of allowing the so-called maintenance dredging of the harbor area, rather than the plans for dredging deeper and broader areas for a ship turning basin. They also commissioned a study they believe shows the viability of disposing of the dredge spoils on land.

Compromising is the right move. As the world moves away from sending tons of carbon into the atmosphere, transporting goods by ship—which leaves the smallest carbon footprint—must be a part of our future.

Another story we’ve covered has reached resolution, but not one that is embraced by both sides. Donna Wiegle, who runs the health clinic on Swan’s Island, had been negotiating with the Maine State Ferry Service for it to allow her to continue the ten-year-long informal, but practical solution to getting blood samples taken on-island to mainland labs. Once it learned that crew and captains were handling the samples, packed in a small cooler, the service ended the practice, citing health and liability.

Wiegle reports the service rejected her suggestion that a lock box be installed on the ferry into which she would put the cooler, and someone in Bass Harbor would unlock it and pick up the sample.

Instead, the ferry service has offered a weekly complimentary passenger ticket for someone to accompany the cooler, Wiegle reported in her Swan’s Island newsletter, but not a vehicle ticket.

We’ve reported on the uncertain future facing the private boat company that provides transportation to the Cranberry Isles. On Oct. 24, voters will be asked at a special town meeting to authorize selectmen to negotiate with individuals or entities to provide ferry service from Northeast Harbor and Southwest Harbor to Great Cranberry Island, Little Cranberry Island and Sutton Island. If negotiations are successful, a final town vote would follow.

Voters also will be asked to approve borrowing up to $40,000 to hire a consultant to develop a plan for long-term ferry service for the three islands. The island transportation task force has already been working with consultant Charles Norris.

Beal & Bunker is continuing its regular ferry run from Northeast Harbor to the Cranberries through this winter. According to First Selectman Richard Beal, if voters give their approval, selectmen will negotiate with Beal & Bunker about purchasing or leasing the service, and with other commercial entities that have indicated interest in providing ferry service. The idea of the town forming nonprofit to run the ferry service is still on the table.

Selectmen also recently signed a contract with Downeast Windjammer Cruises for the winter commuter boat contract, for $54,818 per winter season, with the agreement running from Oct. 15 to April 30 of next year. 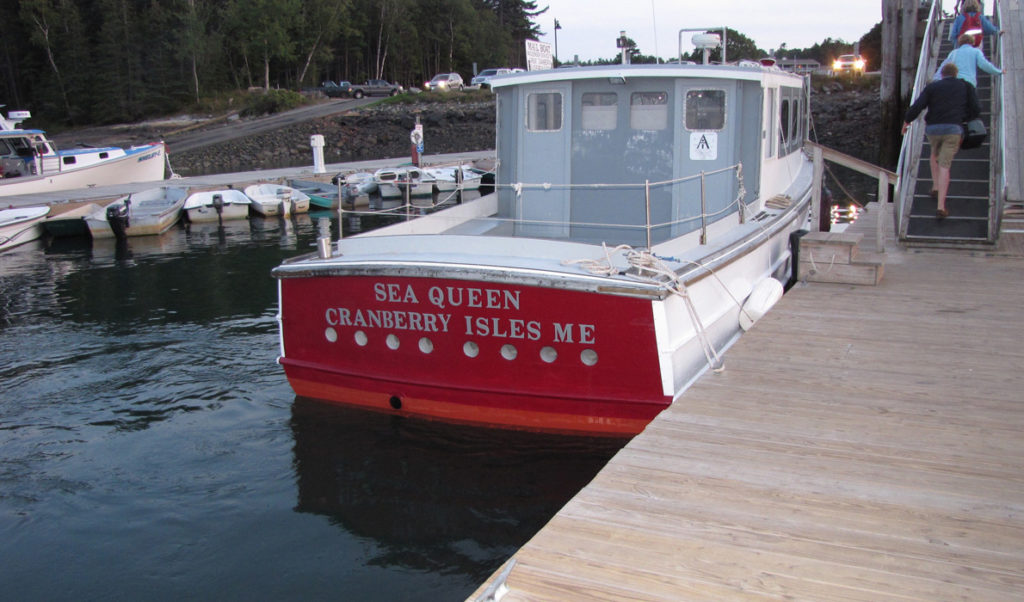