An online and print survey of Maine’s island residents on ticks has garnered more than 500 responses, but more data is being sought.

Susan Elias of the Maine Medical Center Research Institute said some about half the respondents are women 55 and older, and there is an even split between year-round islanders and seasonal residents.

Researchers hope to contact island leaders this fall to make a last appeal for responses before the survey closes at the end of the year, she added.

The survey is seen as the first step toward developing a comprehensive response to the problems the arachnids cause on Maine’s islands. The survey went live on May 1 and is still open at:

The survey also is available in printed form at island libraries, town offices or health clinics, or by calling Maine Medical Center Research Institute at 396-8246 to have one mailed.

Those completing the survey will not include their names. The results will be published in 2017. All adults in all households, year-round or seasonal, are sought for the survey.

Among the questions for islanders included in the survey are:

“We’re really interested in the attitudes and beliefs of the people living on the islands,” Elias said, not just the hard data of tick encounters.

Questions about deer can divide island residents. Firearm hunting is seen as dangerous on some of the small islands, and yet, because of their size, the opportunity to eradicate the herd from an island is attractive as a potential fix. But that fix may not be permanent.

“Most islands are close enough to the mainland for deer to be able to swim out,” Elias observed. “Not all want or can get rid of deer herds.”

But there is evidence that deer are at the center of the problem.

Peter Rand, a medical doctor with the lab who has researched the tick problem in Maine over the last 30 years, recalls some of the key discoveries.

“Monhegan was the big one. The island provided the only study showing that complete and permanent removal of deer breaks the deer tick cycle, which leads to vanishing numbers of ticks and Lyme disease. It also demonstrated for the first time that Norway rats are excellent at infecting ticks with the Lyme bacteria, and that feeding deer with ivermectin, which is given dogs to prevent heartworm, kills the ticks that feed on them.”

Elias said half of the island communities have contacted the Maine Center for Disease Control for assistance. One approach to mitigating the deer tick problem is reduce its habitat, she said. Japanese barberry, an invasive plant found in a forested area’s understory, “is a really good tick habitat.”

Islands with economies that rely on lobstering are wary of using pesticides that could end up in the water, but there is a non-toxic alternative. Elias said rosemary oil compounds work as a contact poison for ticks, and can be part of an effective integrated pest management plan.

“The key is flexibility,” she said of community response to the problem. “No one tool is the silver bullet.” 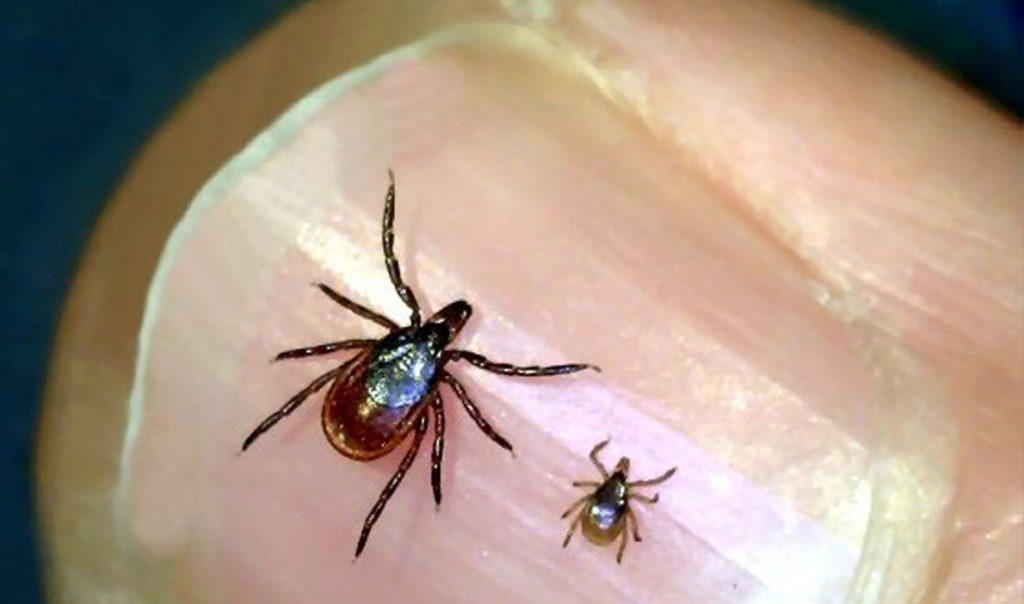