I am white. I am a female. I am from Long Island, in Casco Bay. I am privileged.

When I moved to Long Island full time as a child, I felt welcomed and safe in the community. I loved the island school. I loved the freedom and safe feeling of exploring the island. I then continued learning at Portland public schools.

As a student from the island, I stepped into Portland unaware of the complexities of identity. I was exposed to a diverse community with different languages, races, ethnicities, practices, religions, classes, and genders.

As I enter adulthood, I appreciate what I learned from elders on the island, through hearing their stories, and later, learning from my peers about their different cultures. The diverse communities at the schools I attended have so much inspired me that I want to pursue anthropology and linguistics in college.

When one is from a predominantly white community, the most precious privilege is that we are not forced to consider what our existence in this community means to others around us. While at the Long Island School, every Friday afternoon, the Portland YMCA became an extension of our classroom for swim lessons. Every field trip, we were sure to make a stop at the Portland Public Library. I saw a diverse population around me in those settings, but when I went back to the island, I never questioned why there was not that same representation.

When I was young, and to this day, I leave my house freely and without worry of my safety, going out on my bike to explore. Anywhere I go, I have the privilege of not being feared. My neighbors do not fear me. My skin keeps me safe from people fearing me. My parents do not fear for me or have to speak to me about what not to do to incite danger or bias based on my movements or the way I look.

I have the privilege of speaking out, acting out, being loud, going where I want, without being perceived as violent, angry, or invasive.

We are privileged to live in a community that is so safe, where we are free from crime. There is one sheriff’s deputy on the island, and only in summer. I never thought of him policing my actions, or needing to be wary when in his presence. This safe idea of police is a privilege in itself.

I think at the crux of safety is belonging and understanding. If we were able to create a strong camaraderie in all neighborhoods, like we have on the island, there wouldn’t be so much fear and need for large police departments; this is one reason for the nationwide call to defund the police.

I feel empowered by the strength of an island community. I believe most of our community believes in rights for all. But I have heard the “N” word, seen the Confederate flag, and other expressions that make me lose my pride in where I live. It is a humming to which we have adjusted.

Long Island can feel safe, where any xenophobic and racist remarks seem excusable as “freedom” and unseen by the communities they affect. I think back to those years when I first moved here and felt so welcomed, and now question if I still would be welcomed if I voiced what I believe in today.

I write because I want people on other islands to not feel removed from racism. I still hear the humming in our community. I cannot be silent on what I think is right. Silence is violence, too, as I would be condoning and allowing racist behavior to continue to hum.

As a white community, we must be anti-racist. I am questioning my everyday actions which contribute to the status quo of whiteness.

I do not want us to feel immune because we are on an island. Our responsibility is not to confront the rest of the world, but to confront ourselves. I want us to think about what kind of community we want to be. 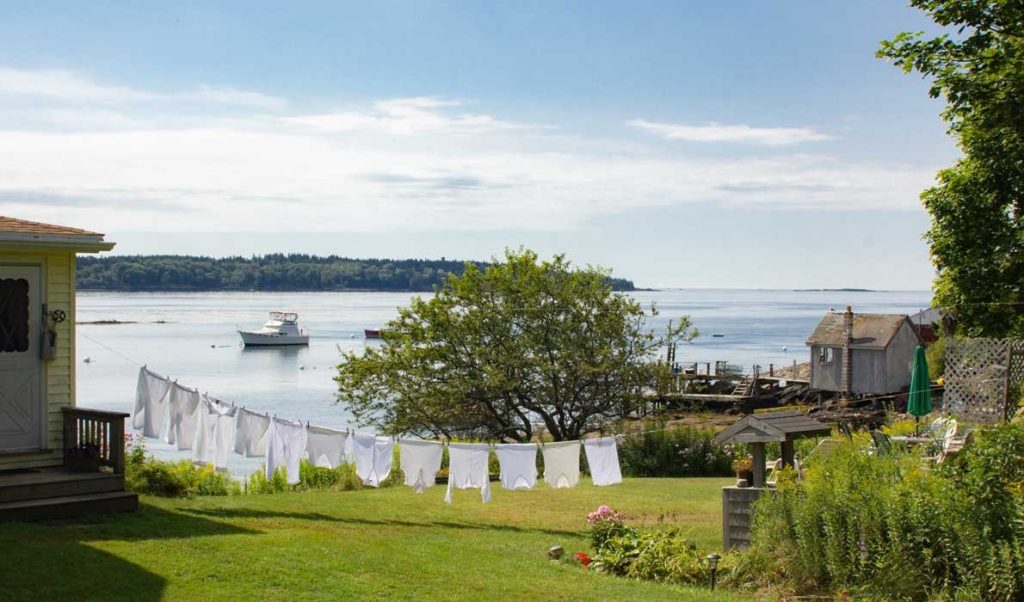