Some of the staff at the Island Institute agreed to share their thoughts about Earth Day, on this, its 50th anniversary. 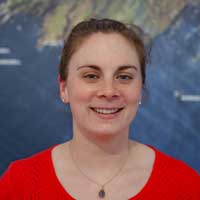 My first Earth Day-specific memory is from 1st or 2nd grade. My class got to spend part of the school day outside, helping to build a garden. I remember that we picked out rocks to make a mini rock wall, we got dirty, and we planted some seedlings as well. 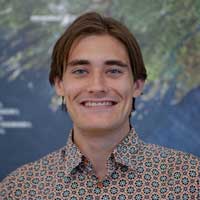 Earth Day is my favorite holiday because it is one that every human can celebrate. It is the common link between every known living creature. We all depend on our planet because we all are part of it.

Personally, honoring nature is among my primary motivations. Before every action I take, I try to ask myself, “But what about nature?” April 22 is the day where every human should be taking a big pause to ask themselves this question.

We all have our reasons why we are obligated to put the planet first. As a photographer, I depend on nature to provide my imagery. My passion is to depict humans or other living creatures interacting with their environment, and even if the places vary (though most are on the coast of Maine), Earth is the common thread. I depend on Earth to provide the beautiful scenes and the stories unfolding before me. And I—an extension of nature myself—have the honor of capturing it. Vermont has a day called Green-Up Day which I always thought was our quirky version of Earth Day. I didn’t realize Green-Up day wasn’t national until I moved away from Vermont!

The entire school would spend an afternoon walking along roadsides and picking up trash. The state road crews would come and collect the bags at the end of the day. Parents, kids, everyone participated.

In high school, we would make up stories about the trash that we found. It created a lifelong habit of storytelling and picking up roadside trash, though these days I use more precaution because the garbage is a little less fast food and car parts and a little more medical waste. 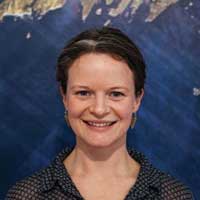 “Earth Day” as a holiday didn’t make much of an appearance in the coastal Maine community where I grew up, but Earth’s lessons were taught through stories passed from one generation to the next. I remember my father describing his childhood chores, which included flinging full kitchen trash bags over the back shore of Rutherford Island in South Bristol. Just how things were done. Aghast at his story, I remember telling myself at least there was less plastic back then, more biodegradables. But the sad fact is that we still hurl our trash at the oceans, just more discreetly.

My father also once told me of the time he returned home to Maine after his first four years serving in Bangladesh, and how strange he found the new spectacle of grown adults sucking water from plastic bottles. Forty years later, visiting Bangladesh’s Sundarban mangrove forests, I witnessed the devastation that these convenient plastic inventions of the West had wreaked in one of Earth’s natural wonders. An overturned “recycle” bin had strewn hundreds of plastic bottles on the sand and in the rivers flowing out to the Indian Ocean. I pictured what folks back home would say about this, blaming the failures of the local infrastructure (though I should note that Bangladeshis are the best recyclers I know—evidenced when the fruit you buy at market comes in a bag made from some kid’s math worksheet). Meanwhile, so-called developed nations continue to overproduce plastic and to ship our waste out of sight and out of mind.

Today, when I look out over the back shore off Rutherford Island, I have the opportunity to hold all these lessons close. Time and perspective are wise teachers, and Earth will show us how to move beyond our past mistakes if we are willing to listen. Hogsty Reef (21 41.2N, 73 48.7W) is one of three coral atolls in the Atlantic Ocean, and a 4-mile by 2-mile horseshoe with depths of 6-15 feet inside the reef, surrounded by 6,000 foot depths outside. In the southern Bahamas, Hogsty is 40 miles from other islands to the north and south, and equidistant from the Turks and Caicos to the east and Cuba to the west.

In April of 2013 and six months into a school year afloat from Massachusetts to Grenada and back, our family of five anchored our 43-foot sailboat at Hogsty for three days and two nights. This was a magical time in that the isolation was total, but intentional… very different than the isolation we are all experiencing this spring. Wind generators, solar panels and a water maker gave us all that we needed for an extended stay, while the girls naturally slipped back into the cadence of school after a week of offshore sailing from St. Thomas, British Virgins Islands. Outside of sandy spits marking the entrance to the horseshoe and a couple rusting wrecked freighters, everything to be seen was under the water.

That spring in 2013 was coincidentally the last time that Ginny and I have had our three girls all under one roof during a school year… until now. Hannah and Mia are now both in college and Ellie, our youngest is a junior in high school. Earth Day is a reminder of a time we lived close to the natural world. 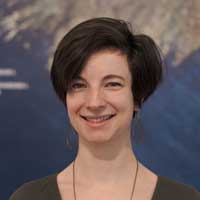 My memories of Earth Day as a kid go back to the town-organized trash pick-ups and the arborist who came to my elementary school assembly to hand out baby pine trees that disappointingly never survived in my back yard.

This year, the trash pick-up is unorganized but perhaps more thoughtful. My housemate, furloughed from their job, brings trash bags with them on their long walks filling them up on the return walk to our house. An unknown gentleman with a striking white beard and handicap tags on his car has taken on a different stretch of our road in South Thomaston with a claw grabber to help reach down into the roadside ditches.

These small acts of caring highlight the connection humans still have with the Earth—we haven’t forgotten that she is our home—we still want to be active caretakers. 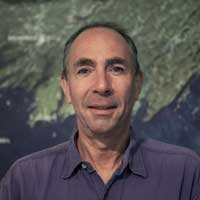 I was in fifth grade when Earth Day was established, and our teacher turned the concept into an activity. A friend and I came up with the idea of a skit in which we would play TV newscasters, broadcasting environmentally relevant headlines from 20 years in the future. There were beach closures due to oil spills, fish kills in rivers, and NASA sending a daily rocket full of garbage into space. The “broadcast” ended with one of us pointing at the class, saying, “These stories will come true, unless YOU do something about it!”

Coming out of that era, concern for the environment centered on factories spewing foul-smelling liquid into rivers and smoke into the air, and the trash that lined the roadways. Decades later, much of that was gone, but pollution became less visible and more insidious, and people began to understand its impact on human health.

Now, we understand that pumping gazillions of tons of carbon into the atmosphere have catastrophic, visible effects on climate, so the environmental movement has, in some ways, returned to where it started 50 years ago, with smokestack pollution. 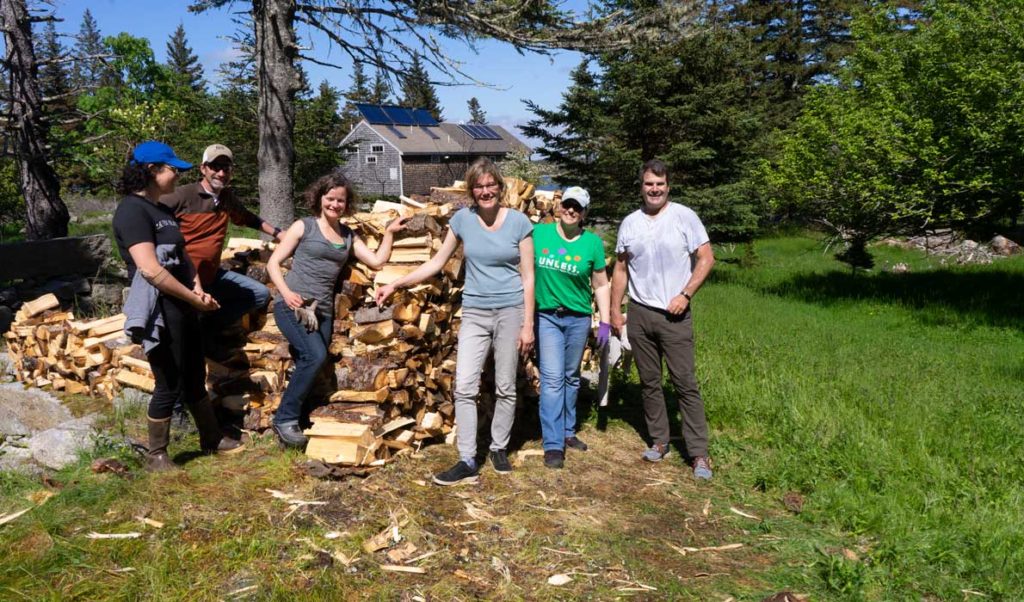