Editor’s note: Davis Boardman of Islesboro was the featured speaker at the Island Institute’s annual Scholars Luncheon on May 30 at Point Lookout in Northport at which 68 students were awarded scholarships totaling $150,300 through the nonprofit’s Island Education Fund. These are her remarks.

I started at Barnard College feeling inferior. Despite the excitement of being admitted and preparing for orientation, I knew that my background would not be the norm.

I knew I would be a part of a minority of students on financial aid, and that I would be surrounded by privileged people who had graduated from the most elite private schools in the world, and I was pretty sure I would have nothing to offer. I made friends and did fine in my classes freshman year, but this nagging feeling that I was unprepared and out of place took a long time to subside.

It was not until I started taking classes for my major—women’s studies —that I learned about “intersectionality,” which is all about exploring the many different strands of ourselves that make up our identity and identity politics. This strategy of intersectionality, which is integral to good feminism and women’s studies, has made me analyze my identity and come to value it, even in an elite academic environment that can easily make people like me feel undeserving.

My island background is a prominent strand of my identity, one that I see other parts of myself winding around.

Despite being less diverse and varied than so many other places, my experiences growing up on Islesboro provided me with a model for community and group solidarity that still informs my identity today. The fact that people rally so fiercely around all sides of issues such as deer reduction and the expansion of broadband Internet, for example, shows the intense care that everyone has for the future of our community.

Further, my experience growing up on Islesboro gave me a particular perspective on wealth disparity by allowing me to see both extreme wealth and poverty. This means that I have been the recipient of great generosity and opportunity, but also that I have seen the way that economic privilege boosts some people up and keeps others down.

I believe that the perspectives about community and economic inequality that I’ve developed from living on Islesboro will continue to inform my academics, future career and activist work, specifically in resisting dominant ideas about legality and justice in race and gender politics and searching, instead, for workable alternatives.

Unfortunately, intersectionality—considering all the different aspects that make an individual who they are—is not emphasized in disciplines other than women’s studies, but it is a concept that has radically changed my confidence and self-worth in a classroom full of excessively prepared peers, and can certainly be used by any type of student or person who needs a reminder that they bring something different and important to the table, no matter their background. 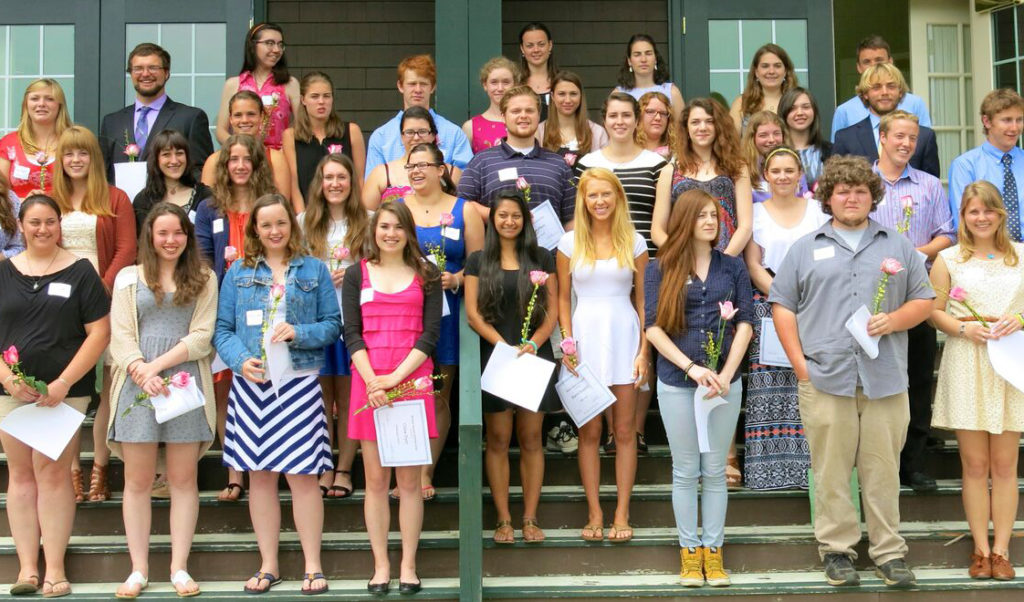 Some of the 2015 island students who received college scholarships through the Island Institute.