There are many things that set Vinalhaven apart from the rest of the world but what really distinguishes us is our Gentlemen’s Book Group. Begun about ten years ago by an enterprising lobsterman trying to rise above his station, the group at first numbered about 15 island men. Of these, two were lobstermen.

The summer gentry, conscious of the threat posed in having an indigenous population of growing sophistication, did not waste any time in trying to put a lid on it. The discerning among them navigated the muddy waters of inter-cultural relations to wrangle invitations and insinuated themselves into our July and August meetings.

Clearly, they sought to wield their presumed literary supremacy to steer the monthly gatherings away from the enlightenment the island men clearly sought and instead toward the earthly delights they assumed would keep our minds from wandering beyond our customary boundaries. As the years went by, however, and one after another of their suggested reading, i.e. My Life As An Escort and similar erotica were rejected in favor of The Complete Poems of Elizabeth Bishop or The Limits of Power by Andrew Bacevich, it became clear that the doors to greater understanding had indeed thrown themselves open to the natives, and there was no turning back.

As the line between them and us became less distinct, the desperation with which they tried, first to derail, then to simply keep pace and finally to catch up, became painful to watch. Some rearranged their real-life schedules that they might arrive in time for the June meeting or linger for the September meeting and in that way, have a chance of staying on an equal footing. That unsettled period is now behind us. We are one.

For the last several years we’ve invited the ladies book group to join us for a dinner and talk by the author of our June book choice. With one exception, we’ve been successful in securing the attendance of that author each year.

Some of those were local—year round or seasonal residents. One or two were not and one of those—Supreme Court Justice Sonya Sotomayor who wrote My Beloved World—declined but wrote a very nice, personal letter of regret that she could not attend because of family obligations. When we invited her entire family, she wrote again and I think she honestly would have come had there not been conflicting family events. This year we invited Sen. George Mitchell to a lobster dinner and to a following discussion of his most recent book, The Negotiator. He accepted—we’d asked late last year anticipating he likely had a busy schedule—but he asked if he might address not only our book group members, but as many of the entire community who’d like to attend.

Accordingly, we reserved the auditorium and, as the date drew nearer, put up posters and otherwise announced his upcoming appearance. On June 1, he joined our two groups for dinner and then headed for the auditorium. The two hours that followed left every one of the 300 or so in attendance inspired, hopeful and wishing on the one hand that the senator was 20 years younger and a candidate for president or, on the other, that he would ignore his advancing years and run anyway.

His humility—given a lifetime of accomplishment—his compassion, common sense, humanity, his command of history and the degree to which he possessed so much more of all those qualities than anyone running for office now or in recent memory left us all wishing he had an ego to match. 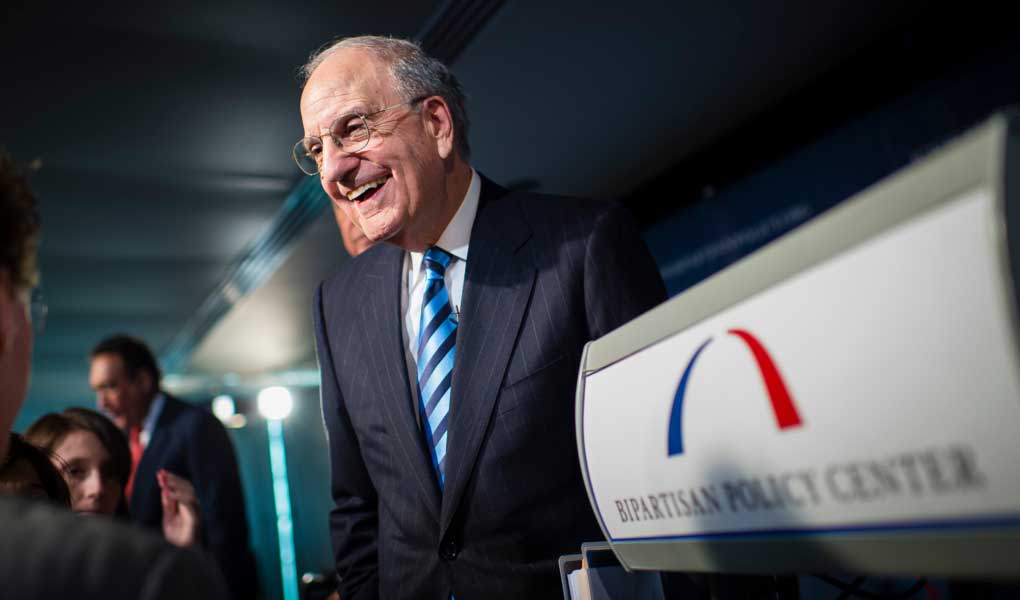