In politics, there have always been deep differences of opinion and partisan divides.

But processes and institutions provide opportunities for people to come together, follow behavioral norms established over generations, and see whether it’s possible to find common ground.

Those institutions are in danger of being undermined and, indeed, forgotten in today’s political climate.

Those were key points made by Hillary Rodham Clinton, the first speaker at this year’s Champlain Institute, an ideas festival offered by College of the Atlantic.

From July 27 to July 31, the institute, held virtually this year, hosted leaders from around the country and the world to discuss pressing issues. The focus this year was “November 3: What’s at Stake?”

Clinton has spent four decades in public service as an advocate, attorney, First Lady, U.S. Senator, U.S. Secretary of State, and winner of the popular vote in the 2016 presidential election.

Clinton said that, in the face of serious challenges to the civil polity, it’s important to remember lessons hard-learned about how a diverse population works together to solve serious problems. Politicians and society in general, she said, must commit to processes that are essential to cooling passions and allowing people to get together. Young people, she said, play an important role in leading the change that needs to happen. That’s become apparent in the wake of the murder of George Floyd and the long-overdue reckoning of systemic racism, she said.

“We all have to take a hard look at ourselves,” she said, citing John Lewis, the civil rights leader and long-time U.S. congressman who died in July, as an example of never giving up nor giving in.

“He never lost that sense of commitment, of purpose, of joy in trying to bring us all toward a more perfect union,” she said. “We celebrate his life. But the best way to pay tribute to John Lewis is to continue his work.”

Clinton expressed concern about “one of the biggest challenges we face right now”—ensuring a straightforward presidential election in November, particularly during the pandemic. Already, she noted, some primaries have been problematic. She cited Georgia, where people waited hours because there weren’t enough voting sites or machines. States should be preparing now to ensure orderly proceedings, particularly when it comes to vote-by-mail, since many people won’t want to vote in person due to the pandemic, she said.

“The last thing we need in this election is any question about the outcome,” she said.

With regard to the pandemic, Clinton cited the federal government’s response as too little and too late.

“We’re faced with a situation that’s much worse than it needed to be,” she said.

Clinton noted that women and girls are experiencing disproportionate effects of the pandemic as a result of lost employment and schooling, or increased domestic violence, particularly in the developing world but also in the U.S. That will be exacerbated if child care facilities and schools can’t open, she said.

“How can we put some of the acrimony of the past few years behind us and become a better country again?” she said.

If Biden is elected, she continued, foreign policy priorities will include reasserting the U.S.’s commitment to the structures of the international order, sending a clear signal to adversaries regarding aggressive behavior, and returning to the Paris climate agreement.

“There’s a lot of work that need to be done,” she said. 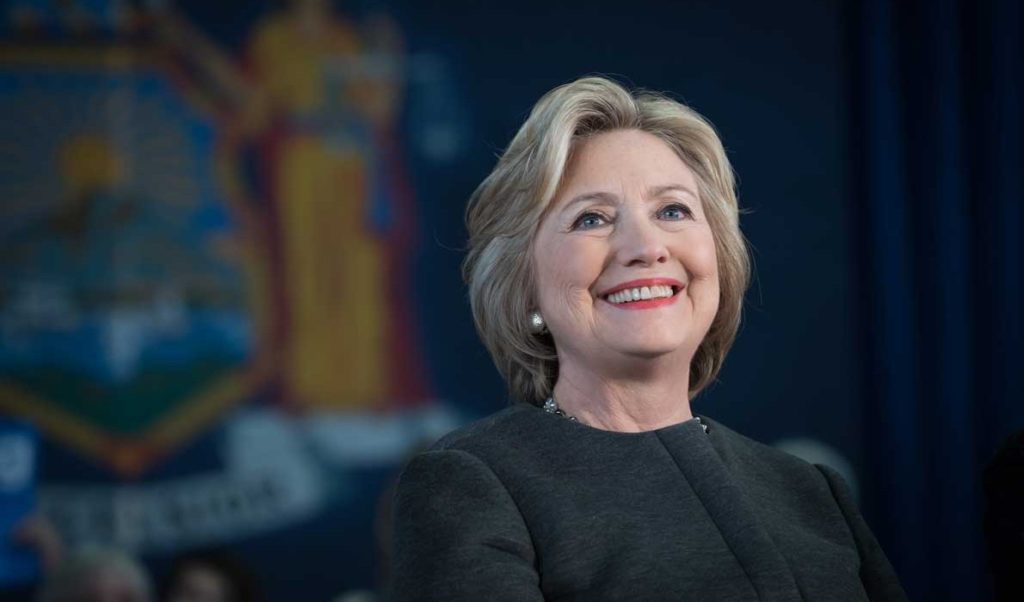