Reflections is a monthly column written by Island Fellows, recent college grads who do community service work on Maine islands and in remote coastal communities through the Island Institute, publisher of The Working Waterfront. Alana Flanagan works on Vinalhaven with the school and Partners in Island Education; she leaves her fellowship this summer.

I had never heard of fairy houses. Honestly, when someone first said it aloud, I thought it was “ferry” houses.

What are fairy houses, you ask? “Well, fairies are too small to build their own houses, so we have to help them, Miss Alana.” Of course.

Maybe it is a Maine thing, or an island thing, or just not a Connecticut thing, because I was definitely deprived of this creative outlet as a child.

So one week during our after school program, fairy houses were on the agenda, led by Heather, our art teacher and Colleen of the Vinalhaven Land Trust. We filled Ziploc bags full of shells, berries, leaves, birch bark and acorns and began our trek behind the school with five students: one first-grader, three third graders and one fifth grader.

We rushed out of the school into the sunshine, skipped past the young baseball team, very seriously practicing their pitches and catches, picked dandelions and rolled our way down the hill behind the soccer goal towards the woods.

Upon arriving at the foot of the woods, we stopped. It was time to calm down, Heather said, so as not to disturb the fairies. Every single student quickly straightened up, took a deep breath and began moving as gently as a butterfly. We entered the woods.

The fifth grader, clearly the seasoned expert, found a patch of moss in a shaded area off the path. She settled down with her berries, leaves, shells and sticks to begin construction.

The third graders teamed up to create a “fairy fort” of multiple houses, using a hollowed out tree stump as a walled structure, “to protect from fairy enemies, Miss Alana.” Obviously.

The first grader settled into a mossy patch of grass, gathered some sticks, then decided to take a quick nap before continuing building her house.

As I wandered among the students and their imaginations, although it feels silly to say, I felt the fairies come alive. Even for students who might be categorized as “too cool” or jaded for storybook creatures such as fairies, the dedication to detail and creativity for each fairy house seemed so personal, showing that each cared about the “fairy” that would inhabit this house and the fairies that share their island.

Students on Vinalhaven, growing up in this enclosed island space with an extended family of neighbors, teachers and friends to rely on, imbue me with a special kind of trust and inspiration.

In my one year, I learned more from these students than anyone. Including, on the last day of school, some very important advice: “Don’t walk in the middle of the road in the summer. That means you’re a summer person and trucks might pretend to hit you.”

Thanks for looking out, kiddos. I’ll miss you. 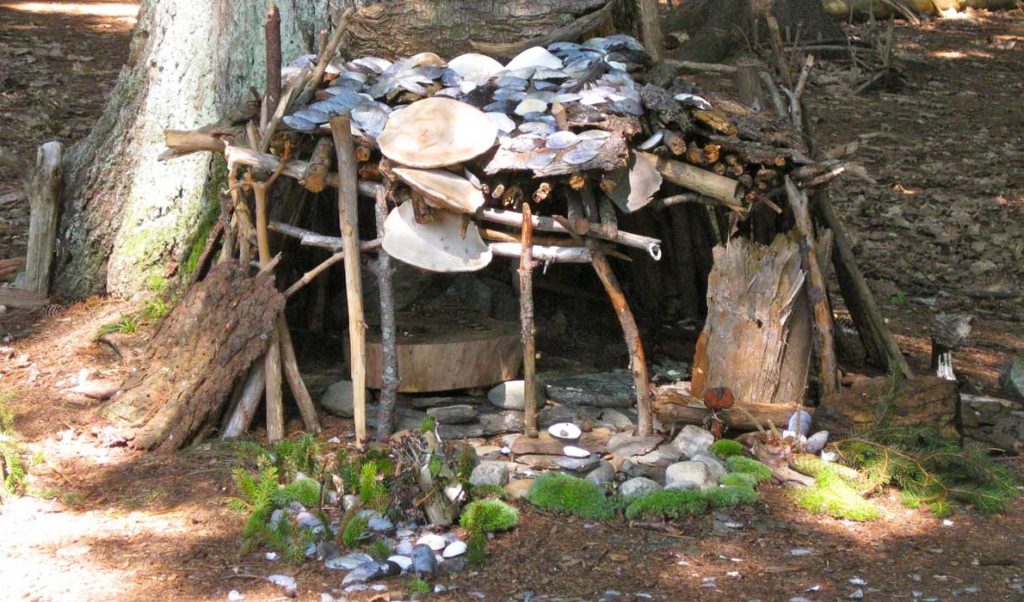 A fairy house on a Maine island.