Maine recently hosted statewide “Families Belong Together” rallies protesting the administration’s so-called “zero tolerance” policy. While the unprecedented policy of separating and detaining asylum seekers has rightfully taken center stage, this administration is applying its anti-immigrant agenda to all facets of immigration law. This indiscriminate attack on immigrant families is hurting Maine.

The administration is radically reducing legal immigration in many ways, including drastic cuts in refugee resettlement and the travel ban. Maine only resettled 21 refugees during the six-month period between October and March, compared to 229 in the same period one year ago. Moreover, the recently upheld travel ban has caused innumerable people from the countries banned to be separated from their loved ones with no end in sight. We are seeing the ban impact families living in Maine.

The administration is also ramping up the criminalization and deportation of immigrants. This includes the ending of vital programs like Deferred Action for Childhood Arrivals (DACA) and Temporary Protected Status (TPS) for some countries including El Salvador, Honduras, and Haiti. The termination of these programs is tearing apart Maine families.

Many Maine residents with TPS have lived in their communities for decades, work here, own homes, and have U.S. citizen children. They are now being told that they have to leave in late 2019 or early 2020. Similarly, DACA recipients in Maine are in a state of panic, wondering what if any legislation will be passed to secure their status here in the United States.

Moreover, we have seen a rise in Immigration and Customs Enforcement (ICE) arrests both nationally and in Maine. Last year, ICE officers entered a Portland courthouse for an arrest, causing alarm in the community. This is happening, in large part, because the administration has changed ICE’s enforcement “priorities.” Previously, ICE prioritized detaining and deporting people with serious criminal records. Now, under new policy, ICE equally prioritizes the detention and deportation of green card holders with decades-old misdemeanors, people without status who have an order of removal, and other community members who are simply living their lives.

Cuts to legal immigration and increased ICE enforcement have significantly increased the level of fear and anxiety among the Maine immigrant community. At the Immigrant Legal Advocacy Project (ILAP), we have been seeing clients, including asylum seekers and people with DACA, worried about traveling and what papers to have with them. Some are scared of running into a Customs and Border Protection checkpoint and the officers not accepting their valid documents or status.

Not only does the administration’s full-scale assault on immigration jeopardize the lives of millions of people and destabilize families and entire communities, but it also affects the thousands of businesses that rely upon the immigrant workforce. Maine, in particular, has an aging labor force and needs a steady influx of workers to keep its economy growing. Hundreds of Maine residents have their work permits under either DACA or TPS and will be in danger of deportation when those programs end. Maine’s unemployment rate hovers around the 3 percent mark, with many employers having difficulty finding workers to fill open positions. The President’s policies are hurting Maine. 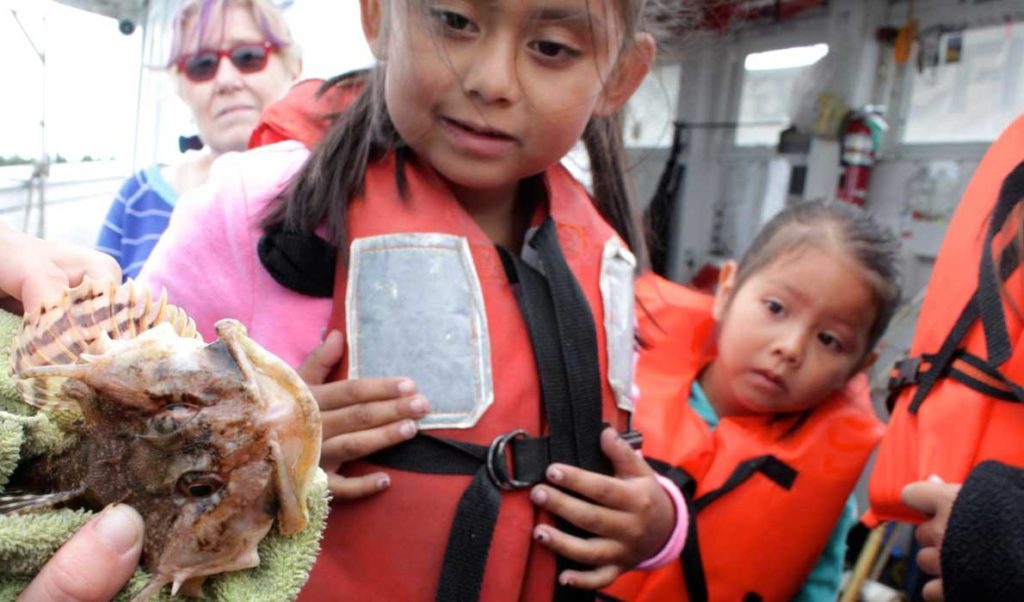 Students from the Blueberry Harvest School learn about sustainable fisheries during an August 2014 trip in Frenchman Bay.