Millinocket is not an island.

Henry David Thoreau, who visited here three times in the 1840s and 1850s, claimed that the name means “the place of many islands.” The online Penobscot tribal dictionary indicates that mílənakek—as rendered correctly in its native language—means “the place of the island of a variable shape.”

Both of these interpretations refer to the cluster of islands where Millinocket Stream intersects with the West Branch of the Penobscot River at a place called Shad Pond. This location forms part of the town’s southern boundary, but the central part of the town is solidly built on terra firma.

Why then, is an Island Fellow sequestered so far from an oceanic body of water or an inland sea? Islands are isolated communities, accessible only by traversing the sea, suggesting a certain degree of difficulty to reach such places. This was especially true before this present era of mechanized travel—cars, motorcraft, and airplanes. In this context, Millinocket’s insular nature begins to take shape, a community so far removed from development that a town grew here only after the paper mill was built to take advantage of the natural hydro power.

The road between Bangor and Millinocket (and its attendant archipelago of villages—East Millinocket and Medway) traverses a great sea of trees. This thick blanket of pines and hemlocks is punctuated with birch and maples that only now, in autumn, are starting to stand out from the lush greenery. Large expanses of this forested sea are becalmed by flat bogs, with tamaracks standing sentinel over the waters stilled by undulating carpets of vegetation.

In 1841, James Fenimore Cooper described the once virgin northern forests of America:

“So rich and fleecy were the outlines of the forest, that scarce an opening could be seen, the whole visible earth, from the rounded mountain-top to the water’s edge, presenting one unvaried hue of unbroken verdure.”

Although heavily scarred by hundreds of years of logging, today’s forest appears—at least casually—to be unchanging, reflecting a tremendous ability to heal and to recover from the clear-cut destruction wrought by industrial-scale abuse. North of Old Town, there is little hint of human intervention along Interstate 95 until the final descent to the bridge over the Penobscot River, a point only yards away from where the great river divides into its two constituent branches.

At this point is where these remote communities are strung together by a 12-mile ribbon of asphalt leading to the west; I-95 presses forward through the forest for another 60 miles until it reaches Houlton along the Canadian boundary.

So perhaps Millinocket is an island, of a different shape and composition than those we are more accustomed to imagining. With the precipitous decline of the paper industry, Millinocket faces deep challenges that require tremendous imagination to overcome. But this community functions much like a laboratory test tube, an opportunity to experiment in isolation. And as an experiment in isolation, this community will likely have lessons that other communities will be able to draw from.

Ken Gross works with the Millinocket Memorial Library connecting volunteers with community projects throughout the Katahdin area. Ken is a professional cartographer and a recent master’s degree graduate from the Muskie School of Public Service at the University of Southern Maine. 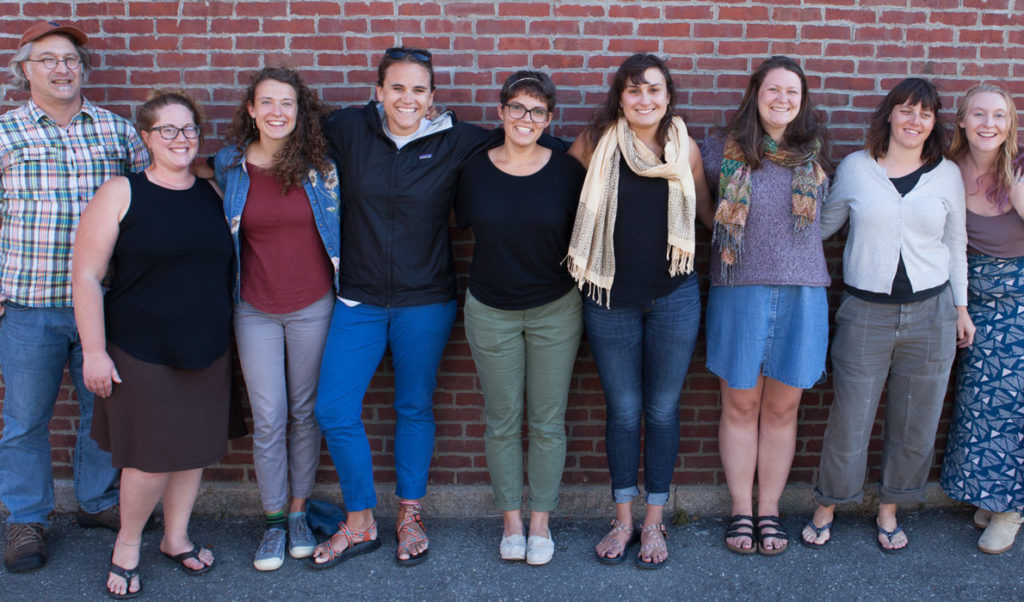