What issue has the ability to close down a fishery overnight, during peak fishing season, with no idea when fishing can resume? That question was posed by Hilary Revill, manager of the rock lobster fishery for the state of Tasmania, to a group of lobster scientists at the 11th International Conference and Workshop on Lobster Biology and Management in Portland in June 2017.

Tasmania is a large island state of Australia, 150 miles south of the continent’s southeastern corner. The Southern Rock Lobster, which is spiny, clawless, and a different genus than the American lobster, is Tasmania’s second most valuable wild capture fishery, worth $68 million US per year. There are about 200 commercial vessels and 18,000 recreational lobster fishermen.

Like Maine, Tasmania is accustomed to dealing with harmful algal blooms affecting its bivalve species, like oysters and mussels, but not its lobsters. So, when high biotoxin levels were detected in the tomalley (the hepatopancreas organ, commonly called “the green stuff”) of Tasmanian lobsters in the spring of 2012, the fishery was closed down overnight, and an epic management challenge ensued.

The culprit was Alexandrium tamarense, a dinoflagellate marine plankton that produces saxitoxin, a neurotoxin that causes paralytic shellfish poisoning. The species had never previously been recorded in Tasmania, but a major bloom occurred just three days before the annual opening of the lobster season.

Revill’s team immediately collected lobsters in the area of the bloom, but the test results required 10-14 days, so the management agency closed the fishery in the specific area as a precaution, with local industry support. China, Tasmania’s primary export market, has a maximum permitted biotoxin level that applies to all imported seafood. The tests came back clean for the tail meat, but the tomalley was above the maximum permitted level. Given that Tasmanian lobsters are exported live to China, this was a deal breaker.

Further testing resulted in an expanded closed area, and most of the state’s east coast remained closed from November until mid-February. The recreational fishery also was closed, despite the public health warnings of “do not eat the gut” (an advisory also issued here in Maine at all times).

According to Revill, her agency was not prepared for this crisis, but it adapted quickly.

An early warning system is now in place with cooperation from shellfish farms and the lobster industry. Rules are in place that allow regulators to open and close specific areas of the coast and a communications plan is in place to share results to industry.

The preparation has proven essential. Tasmania also experienced significant blooms in 2015 and 2016.

“With the plan in place, we’ve managed these blooms as cost-effectively as possible, minimizing their impact on the fishery, avoiding a market recall, and getting the message out to recreational fishers,” Revill said.

Field studies confirmed that lobsters accumulate the toxin in the tomalley, but not in the tail meat, and lab studies indicate that lobsters fed non-toxic mussels take approximately 21 days to become non-toxic. Other work is underway to identify the oceanographic factors that contribute to the blooms. Rapid test kits that would bring the cost of a sample down from $400 to $16 are being tested with lobsters.

Maine has never had a problem with plankton species impacting our lobster fishery, but a diatom called Pseudo-nitzschia that produces a biotoxin called domoic acid was responsible for closing the California Dungeness Crab fishery during the winter of 2015. California fishermen lost millions of dollars. In both Tasmania and California, the industry was on board with erring on the side of caution, so as not to risk a market recall or a sick consumer.

The Maine Department of Marine Resources has a rigorous protocol for testing for toxic phytoplankton, and test results can be available within 24 hours. At more than 300 stations, from April through October, mussels are tested as an early indicator, since they filter quickly and thus become toxic quickly. Based on the degree of toxicity, other bivalves are tested.

With the standing advisory against consuming lobster tomalley and no evidence that the toxin transfers to meat at levels of concern to human health, there is no regular monitoring program for paralytic shellfish poisoning in lobsters, but specialized testing is conducted in response to new or emerging threats. 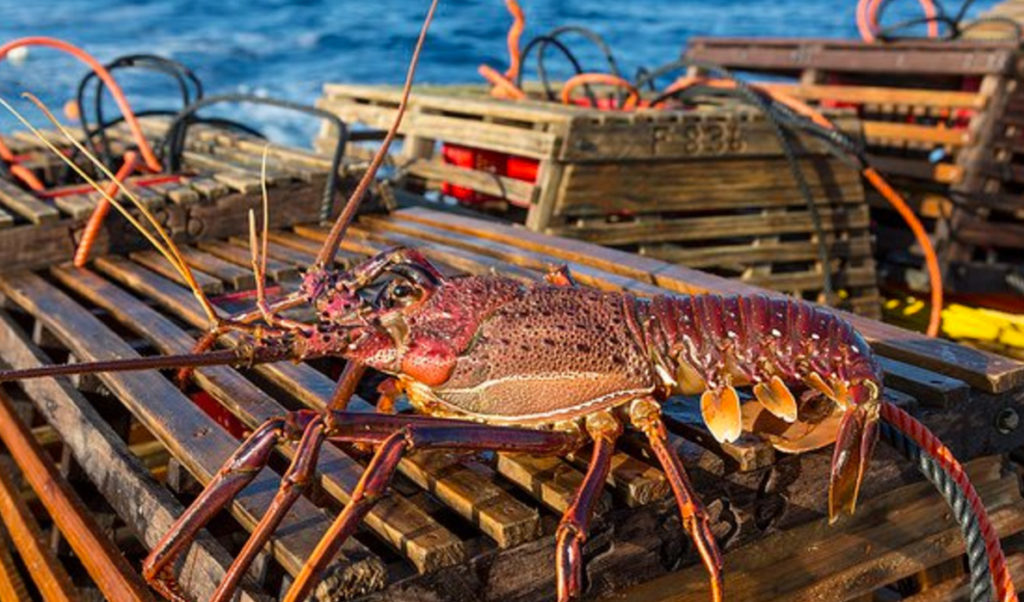