The battle lines were drawn decades ago, but there were fresh hostilities in the Millinocket area when Jonathan Jarvis, director National Park Service, visited in mid-May. Jarvis was invited by Sen. Angus King to hear public comments about a proposed North Woods National Park adjacent to Baxter State Park. A new wrinkle in the debate is that some preservation proponents hope President Obama will declare the land a national monument.

Park boosters believe they have the long view, seeing a decline in the paper and wood products economy and the possibility of growing a recreational tourism economy there. They also believe the forested land is worth conserving, with or without economic benefits.

Opponents, most of whom live in the region, believe their generations-long way of life is being tossed aside so people in Southern Maine can enjoy the Katahdin region as their playground.

Since our interest at The Working Waterfront is the coast and islands, we won’t weigh in on the North Woods park debate. But we will consider Maine’s existing national park, which this summer celebrates its 100th anniversary.

Today, few Mainers would describe establishing Acadia National Park as a mistake. It draws three million visitors annually, and those from out of state spend money on their journey to and from the park, and while they are on Mount Desert Island. The park also preserved one of the most stunningly beautiful parts of coastal Maine. It’s not hard to imagine a trophy house or two at Otter Point, or a resort at Sand Beach. Instead, the public has access to hundreds of acres of shoreline. And the hiking and carriage trails allow people of all ages and health to enjoy the coastal environment.

But as our Acadia-related stories in this issue reveal, hosting a national park leads to a complex and nuanced relationship.

Those three million visitors each year risk leaving the island and park “loved to death.” Too many people tramping over the more popular and accessible parts can beat the nature out of them. The crowds at the top of Cadillac Mountain in mid-summer can sometimes eclipse the quiet enjoyment of nature.

And then there are the cars.

As Carl Little’s story about the island’s “auto wars” explains, island residents and rusticators alike long have been wary of the changes cars would bring. Congestion is an ongoing concern. The propane-powered Island Explorer bus service has succeeded in removing a sizable number of cars from the island, but limited funding has meant that the service struggles to keep up with demand.

While there is no question island towns reap economic benefits because of their proximity to the park—restaurants, motels and inns, and campgrounds all can count on customers—the wealth isn’t shared equally. At the same time, those towns risk losing their quality of life, at least for a season.

Laurie Schreiber’s story reports on four community leaders in Southwest Harbor who are working to achieve a balance between economic activity and retaining the “quiet side” charm. Another Schreiber story reports on the changes coming to the quiet fishing villages on the Schoodic peninsula, also related to the park.

Mainers are rightfully grateful for and proud of Acadia. But it is so much more than a preserved landscape; it’s more like a dynamic, living thing, and its relationship with the region will ever be changing. Community leaders must stay engaged and help keep that relationship healthy. 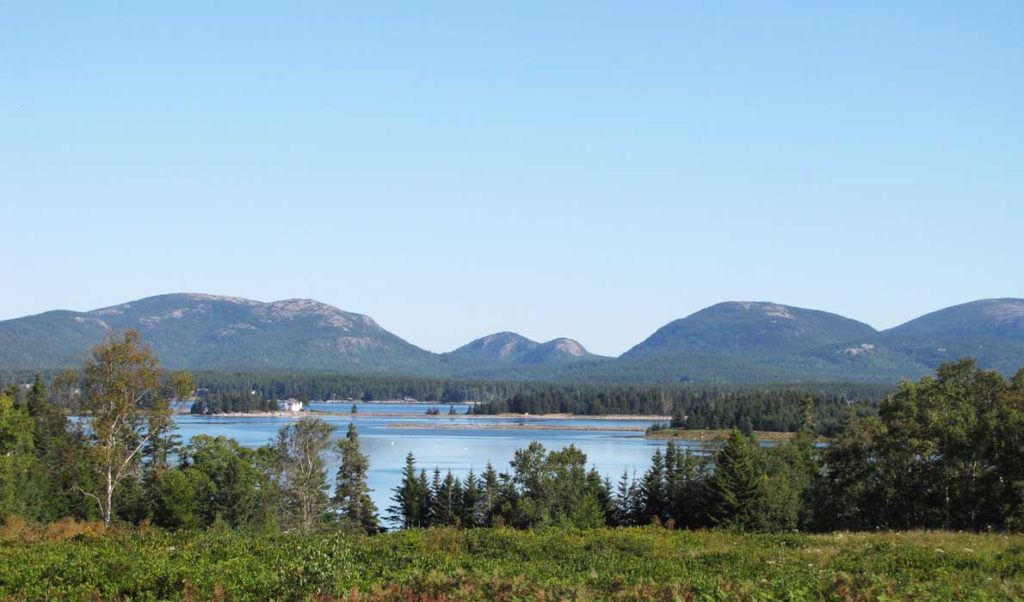