There are certain times on Swan’s Island when there are no cars on the road. When a blizzard hits. During the Super Bowl. Sunday mornings. Or, as I quickly found out, when there is a basketball game at the school.

Like many island schools that are large enough to field basketball teams, Swan’s Island has a rather irregular schedule. Home games take place from noon to 2 p.m. on days when other schools can come out—sometimes Saturdays, sometimes a holiday. The town crowds into the gym. People sit shoulder to shoulder on the four rows of bleachers, they stand next to the Swan’s Island bench and talk with the coach, they bring fold-up chairs and set up shop right behind the baseline underneath the basket.

I’ve spent my fair share of time around basketball, having played on my school team in New York City for eight years, and generally consider myself familiar with the ins and outs of a middle school basketball team. When I arrived at my first game, sometime in mid-December, something was different.

At first I thought it was simply that everyone knew each other. An early conversation centered on Christmas lights—who had the best, whose could still use some work. But this wasn’t so dissimilar from the conversations my parents probably had in the bleachers watching me play, whiling away another Tuesday afternoon spent in a sweaty, cramped gym on the 13th floor in New York City.

Then I thought maybe it was the familiarity of it all. After all, many of my fellow audience members had spent their middle school years playing in that very gym, in front of many of the same faces and maybe—if they are the younger generation—for the same coach.

The referees were from Swan’s Island and the fans crowding the bleachers reminded them of that every time a whistle blew. But sports are all about familiarity: the reason we love watching baseball or football or tennis is because we ourselves have played the game.

Eventually, Swan’s Island lost both games, but that hardly mattered. The players came off the court and were embraced by their entire community. That’s when it hit me what was different about this game, in this gym, on this island.

When the game was over the players went to say hello to their parents and siblings. But soon they were talking to the parents of their friends, to people with whom they had no relation, to the deputy sheriff, to captains and stern men, to teachers and high schoolers. Soon it was impossible to tell who was related to whom. The players—3rd graders through 8th graders—were working the crowd.

Growing up, I only ever spoke to a select few adults. My parents, grandparents, maybe the parents of my closest friends. Everyone else seemed intimidating and scary and downright unapproachable. As a sixth grader I couldn’t have talked with a high school senior—what could I possibly say?

During and after the game people moved around, shifting seats, yelling over to and joining new groups. Three generations sat and talked and laughed together. And though I’m sure there were tensions that I missed—just like in any large community—it seemed to me, as someone from away, that things were fluid and easy.

Outside the early winter sun was already setting. Everyone in the gym sat and continued to chat till long after the game was done. On that afternoon, there was no rush to be anywhere else. 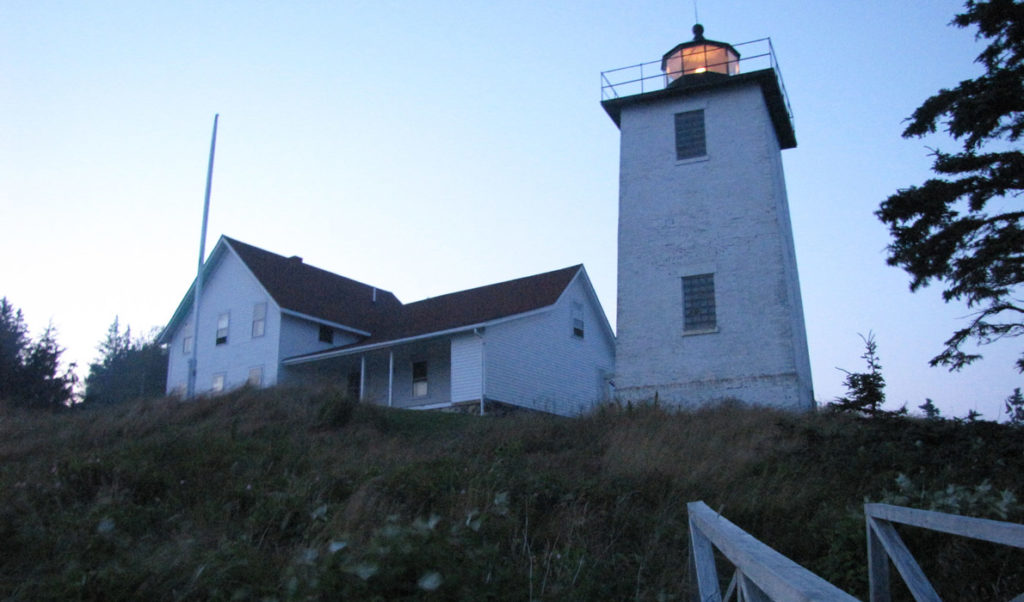