Across the country, the millennial generation—roughly speaking, people born in the 1980s and 1990s—now dominates home-buying decisions that shape the future of many communities.

In Maine, where residents are older on average than those of any other U.S. state, millennial buyers play an especially pivotal role. That influence drew an audience of nearly 100 to a February business forum in Portland.

“They want to take out their phone, push a button, and have something happen,” she said. “When you look at the way residential real estate has been conducted, it’s been the same for decades. So millennials are looking for a change.”

Davin cited data predicting that the 20- and 30-somethings will comprise 45 percent of all U.S. home-buyers in 2019. There’s no prediction available specifically for Maine.

But despite their impact, millennials may have mixed feelings about becoming home buyers.

A 2018 industry survey with over 1,000 respondents in the age group found that only 48 percent believed buying a home was a good investment, down from 77 percent in the survey’s findings two years earlier.

Another recent national survey discovered that 68 percent of millennial home buyers experienced remorse about their purchase. That’s higher than the 55 percent who expressed remorse among Generation X respondents—those born between the early 1960s and the early 1980s—and the remorseful 35 percent of baby-boom respondents, born in the previous 20 years.

MAKING SENSE OF THE DATA

Theories about the ambivalence abound. Millennials are grappling with unmanageable college debt. They’re marrying and starting families later. They’re opting for the flexibility that a rental property provides.

“As far as the argument that millennials don’t want to buy houses and that they’re not taking the leap, I think we’re starting to see a shift in that,” she said. “They are buying houses. They just need a little more help in navigating, so they can make the best decision.”

Despite the popularity of “i-buying” businesses such as Opendoor.com and Knock.com, which function as virtual real estate brokers, Quilty doesn’t see them having much impact in Maine. That’s partly because the sites use large valuation databases derived from huge quantities of similar homes—not Maine’s typical housing stock.

In addition, the millennials’ reliance on technology doesn’t replace their need for a human touch.

“You’d think millennials, because they embrace technology, would want less human contact. But that’s not how it really plays out, day to day,” Quilty said.

Panelists agreed that when making decisions to buy, millennials heavily weigh factors such as a home’s carbon footprint.

“There’s been more interest in (home energy efficiency) over the past year than we’ve seen in the past 10 years combined,” said panelist Michael Sosnowski, owner and broker at Maine Home Connection.

“That’s a very significant trend that affects how we’re going to build homes and how dense our communities are going to be.”

Sosnowski pointed to Portland as an example of a Maine community where home buyers are seeking denser, more urban neighborhoods that offer shorter commutes to work and other benefits.

Not coincidentally, Portland is a haven for young adults. Residents between ages 20 and 29 made up over 20 percent of the city’s population in 2017, according to the most recent data, nearly double the statewide percentage. And while the median age of state residents increased from 2010 to 2014, it decreased in Portland.

Other Maine coastal communities may have similar youth appeal.

Bath promotes itself as “Maine’s cool little city.” Rockland claims to be “Maine’s most up and coming city” on a website page depicting a young woman in a gourmet food store. Belfast is governed by a 27-year-old mayor, and displays the pejorative nickname “Moonbat City” on bumper stickers, signs, and business cards.

Perhaps Maine’s residential real estate industry is poised to capitalize on the millennial market and its values.

“This is something we can learn from millennials,” Sosnowski said. “The quality of your life is more significant than you may have realized. How you live, work, and are connected to the community is more important than ever, and will probably continue to be.” 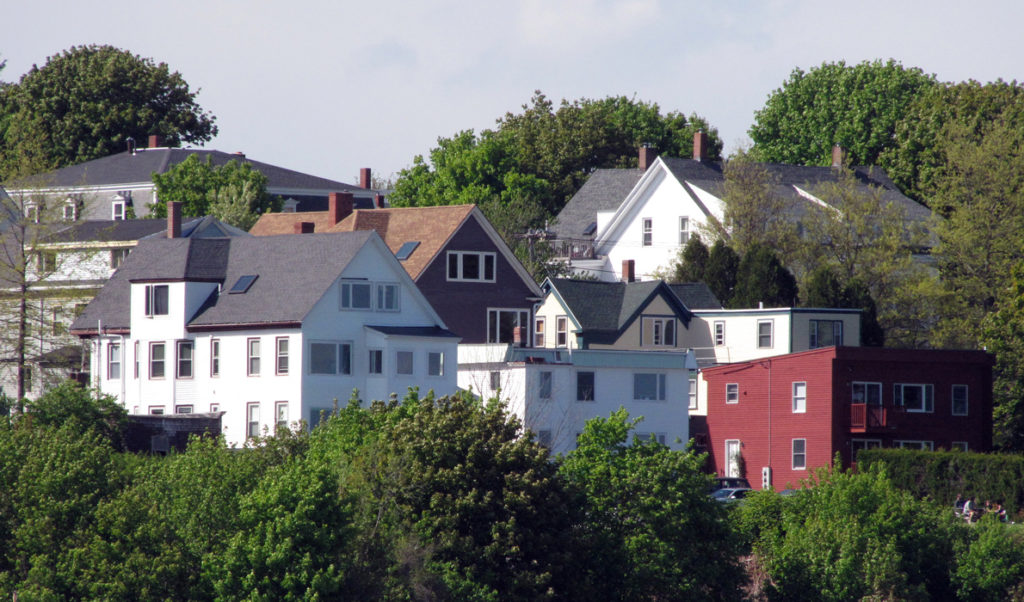