I took history—American history, world history—in high school like most kids but now, 50 years later, nearly everything I’ve learned about Maine’s own history I’ve learned from Maine authors like Harry Gratwick. More specifically, I think it may be true that much, if not most of what I’ve learned about our state’s nautical history, certainly  the maritime past of my own island home here on Vinalhaven, I’ve learned from the many illuminating and fascinating books on seafaring Maine written by Mr. Gratwick.

The Maritime Marauder of Revolutionary Maine: Captain Henry Mowat, a compelling account of Mowat’s role in that fascinating history, is no exception and, as has been the case during each of those reading experiences, left me feeling like someone who had not been paying attention. I had some foggy awareness of some significant maps and charts of North America’s eastern coastline having resulted from an obscure exercise way back somewhere but the details of and the impetus for the Atlantic Neptune Project were fascinating to learn and understand.

Following the Treaty of Paris in 1763, Great Britain found itself with tens of thousands of acres of unknown territory and thousands of miles of unfamiliar coastline. It commissioned the mapping of all this territory and ultimately of the entire eastern coastline; up navigable rivers and back again; in and out of hundreds of coves and harbors. Over 15,000 miles of often-treacherous coastline were charted with remarkable accuracy.

The coordination required of so many personalities and egos to achieve perhaps the greatest cartographic compilation at that time is hard to fathom nowadays. Twelve years, over 4,000 relentless days of indefatigable exploration in weather and conditions that would certainly have defeated lesser men, all—in Mowat’s case—while apprehending smugglers and keeping order. Another ten years of compilation back in England finally produced the most comprehensive detail known to the seagoing world.

I had a hazy recollection, too, of a disastrous revolutionary sea battle just north of Islesboro but I learned in this book that the Castine event was, until Dec. 6, 1941, the greatest loss in American naval history. And I was reminded that the military follies that dog us today, in seemingly endless and mindess conflict around the world, are not new.

The incompetence of American military minds during the Penobscot Expedition to Castine was hard to credit as was the behavior of some who we have been taught were true American heroes. Most importantly, however, I was reminded that Henry Mowat, who’d been remembered for not much else than burning present-day Portland nearly to the ground, was a man with a clear sense of duty and obligation, a sense that was certainly strained by the maddening and contradictory chain of command.

Mowat was a human being like the rest of us, with foibles and strengths. He was someone who accomplished truly great things, often in spite of the pompous, proprietary and ill-considered obstacles that were created by—or were themselves—his superiors.

Finally, I was reminded again of the tremendous sacrifice, more often than not involuntary, of so many compelled into the service of those with the power to make such demands, and of how far from where we are now we might have been without those forgotten lives sacrificed.  This is a great read, well-researched, insightful and informative, and leaves this reader with a humble consideration of his own contributions.

The Maritime Marauder of Revolutionary Maine is published by The History Press and is available for purchase at HistoryPress.net, Amazon and other outlets. 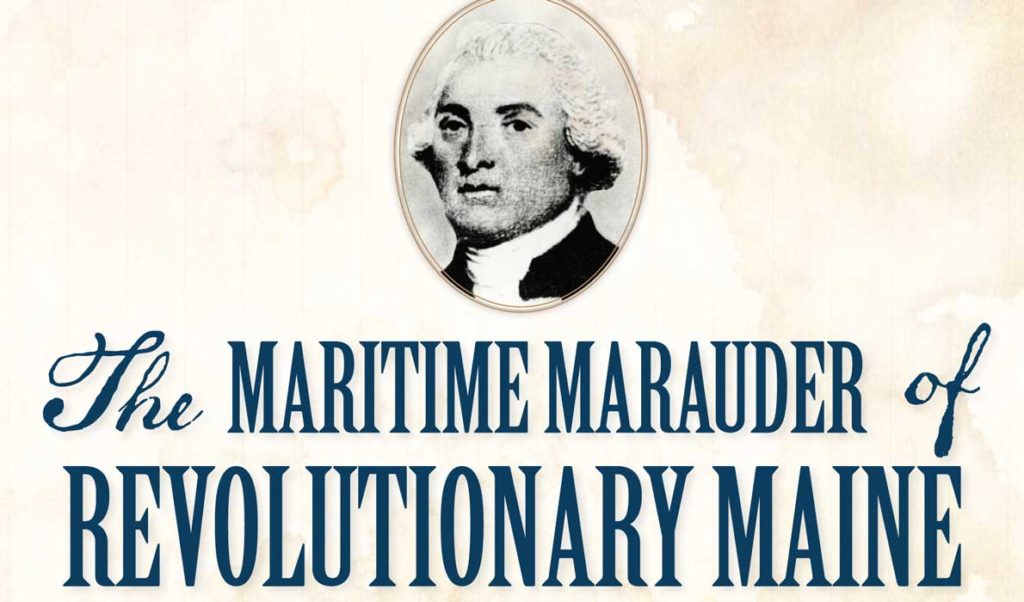