More than 100 people gathered June 10 on Portland’s waterfront to cheer the christening and launch of the Friends of Casco Bay’s 26-foot pump-out boat, a specially-built vessel that siphons raw sewage from the holding tanks of recreational boats, transferring the wastewater for shoreside treatment.

Capt. Pam Parker of the state Department of Environmental Protection christened the boat with the words, “We name you Headmaster. May the elements be kind, your captain wise, and the bay rejoice in your work.”

Friends of Casco Bay’s Executive Director Cathy Ramsdell explained that the boat’s name, Headmaster, was chosen from nearly 400 names submitted by the public. Fittingly, it represents the nautical term for a toilet and gives a nod to the educational and ambassadorial role of the pump-out service.

She noted that Friends of Casco Bay’s pump-out program has kept over 200,000 gallons of raw sewage out of the bay since 1995.

“The difference is fabulous,” he said. “As a kid growing up in Portland, whenever I’d go swimming at East End Beach, there always was a smell. Now the beach is much more useable.”

Splude runs the pump-out service from May through October, pumping out marine toilets at marinas and moorings from South Portland to Freeport. Boat owners do not have to be present, but he is happy to teach customers how to perform the task themselves.

Splude also educates boaters on the importance of keeping sewage, bacteria, and excess nitrogen out of the bay.

Headmaster was built expressly for Friends of Casco Bay by Marine Boatbuilders of Warwick, R.I. With a 650-gallon sewage holding tank, the new boat has twice the capacity of the original pump-out boat, Wanda, which operated from 1995 through 2018. Wanda continues to be a champion for clean water at the Boston Sailing Center in Boston Harbor.

Friends of Casco Bay’s pump-out program has done more for the health of the bay than just serving recreational vessels. The organization encouraged local marinas to install their own pump-out stations while leading an advocacy effort to encourage Maine to request a no discharge status for Casco Bay.

In 2006, Casco Bay became Maine’s first federally designated no discharge area, which prohibits cruise ships from dumping treated and untreated sewage. In order to grant an area the designation as a no discharge area, the federal Environmental Protection Agency requires that there be adequate pump-out facilities throughout the region.

This mobile pump-out service is a component of Friends of Casco Bay’s efforts to reduce nitrogen pollution from sewage, fertilizers, storm water runoff, and air pollution. An overdose of nitrogen in coastal waters can trigger nuisance and harmful algal blooms that may reduce water clarity, prevent juvenile clams from settling, and suffocate animals in the mud. When these plants die, decomposing bacteria can deplete oxygen needed by marine life and create acidic conditions that make it harder for shellfish, such as clams, mussels, and oysters, to build and maintain their shells.

Learn more about the mobile pump-out service at: https://www.cascobay.org/how-to-help/pumpout/. 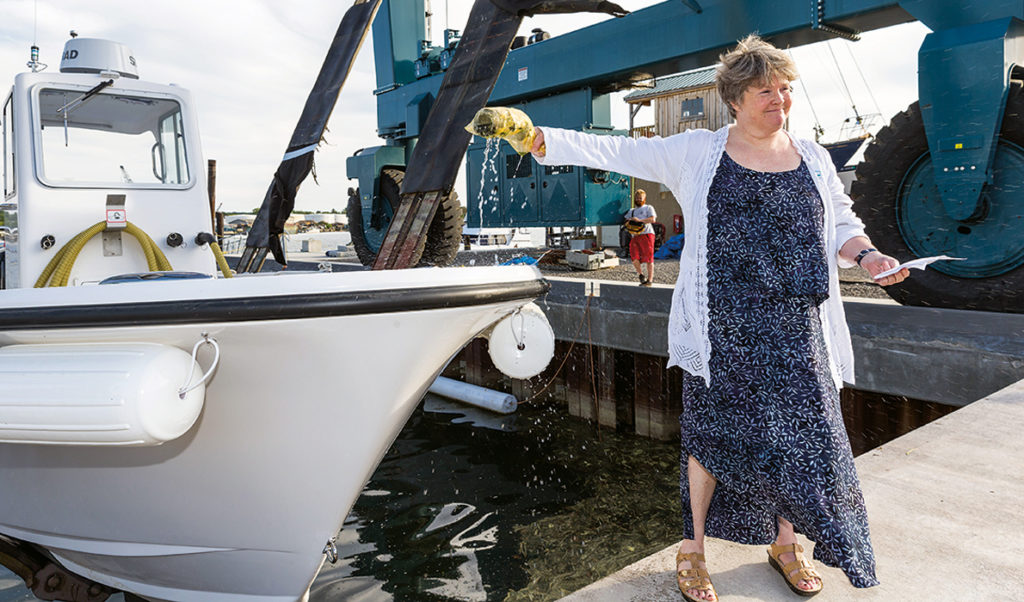