Maine’s unique history and lengthy coastline create a complex environmental and legal shorescape. The state’s common law recognizes private property interests that extend to the low water mark. But even when private owners hold title to the intertidal area, certain public rights, including fishing, fowling and navigation, are reserved by the state for the benefit of the public.

Over the course of the last 30 years, the Maine Supreme Judicial Court (also known as the Law Court) has issued a series of legal opinions about the extent of public rights in the intertidal zone. The most recent case pitted coastal owners against seaweed harvesters to determine whether an increasingly valuable resource, rockweed (Ascophylum nodosum), is part of a coastal landowner’s property or if it is a public resource held in trust by the state.

InRoss v. Acadian Seaplants, Ltd., the Law Court resolved a long simmering dispute ruling that the rockweed in the intertidal area belongs to the landowner. The ruling also highlighted an ongoing debate as to how the public’s intertidal access rights might be interpreted in the future.

Is fishing, fowling and navigation the extent of the public’s rights?

That question was at the crux of the 1989 ruling in the case of Bell v. Town of Wells, also known as the Moody Beach or Bell II decision. In that case, the court examined four centuries of coastal law to draw a figurative and literal line in the sand explaining the scope of the public’s rights in the intertidal area.

A slim majority (four out of seven) justices interpreted Maine’s shoreline legal history to limit the public’s right in that area to the triad of interests articulated in 17th century colonial ordinances. But three justices issued a dissenting opinion suggesting that fishing, fowling, and navigation were some, but not all, of the public’s rights.

And a handful of cases since then suggest the interpretation might merit re-assessment. In the 2000 case of Eaton v. Town of Wells, a local beach access case revolving around a different legal principle, Maine state officials suggested it was an opportune time to overrule the 1989 Bell II decision regarding the interpretation of public access rights in the state’s intertidal areas. And one justice explicitly agreed that Bell II ought to be overruled. But the court refrained from taking that action since the case at hand did not require that it address the general right of public access at the time.

In 2011 a case involving scuba divers who had walked over a coastal property owner’s intertidal area raised the prospect of overruling Bell II. In McGarvey v. Whittredge, all six justices involved in the case agreed that the scuba-diving non-owners had a right to walk across privately owned intertidal property. While half the justices suggested it was finally time to overrule Bell IIand interpret shoreline public access rights to include walking between the high and low water marks, the other three justices ruled that scuba diving was a form of navigation and saw no need to overrule the 1989 case. Without a majority, the effort to overrule fell short.

The March 2019 rockweed case brought the issue to the fore once again. In Ross v. Acadian Seaplant, Ltd., three justices characterized the 1989 Bell II decision as flawed, suggesting it “erroneously limited the public’s reasonable and non-abusive use of the intertidal zone” (emphasis in original), calling on the court to “overrule Bell IIonce and for all.”

But once again, the effort fell just short. The majority opinion representing the reasoning of four justices refrained from going so far as to overrule the 1989 case, letting it survive another battle.

Read together, the weighty dissent in the 1989 Bell II case buttressed by an increasingly vocal complement of justices sitting on Maine’s high court suggest that a case specifically on a public right of access to the intertidal zone, beyond fishing, fowling and/or navigation would be welcomed by the Court to settle the matter “once and for all.”

The 2019 case includes what reads like an invitation by at least three justices to resurrect the debate, overrule the 1989 decision, and deem the public has a “right to walk unfettered upon the wet sand of Maine beaches to peacefully enjoy one of the greatest gifts the state of Maine offers the world.”

But that invitation is time sensitive, notes this judicial trio, since the “passage of time … will eventually diminish the ability of the court to correct” what they see as “the wrong created by the Bell IIdecision.”

The welcome mat seems to be out in front of Maine’s high court. A walk through the doorway might lead the public to a legal stroll along Maine’s intertidal shoreline.

John Duff is an associate professor of environmental law and policy at the University of Massachusetts Boston and the lead author of Public Shoreline Access in Maine: A Citizen’s Guide to Ocean and Coastal Law. 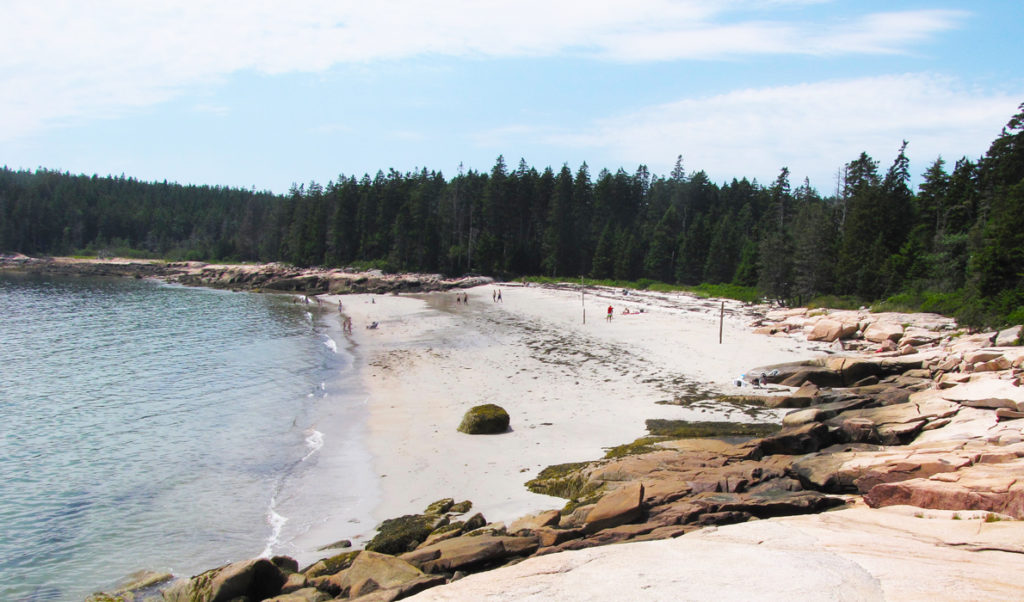