Sustaining economic vitality while maintaining small-town character is an ongoing struggle for Maine’s coastal communities. In the Boothbay region, this dynamic has its own flavor, in part because the towns continue to enjoy strong boatbuilding and fishing businesses, along with tourism, and in part because some of the changes in recent years have come through investments made by a wealthy newcomer.

The towns of Boothbay, Boothbay Harbor and Southport, clustered at the end of a Midcoast peninsula, have their challenges. The median age in the region is high, even for Maine’s highest-in-the-nation status; one estimate puts Boothbay Harbor’s median age at 58. And school enrollment has been dropping, causing concern around long-term vitality. The towns are off the beaten track, 10 miles down the primary access of Route 27.

Recent redevelopment initiatives have aimed to leverage the area’s attractions to stimulate economic activity, job growth and the potential to draw young families as part of the year-round population. Among those are a suite of projects by Paul Coulombe, a Lewiston native who sold his business, White Rock Distilleries, in 2012 and has a seasonal home in Southport.

“I think that’s true whether it’s a small town in Maine or a local neighborhood in New York City,” Wolf said.

Coulombe’s projects have generated both praise and criticism. Notable was his purchase at auction and $50 million investment in the redevelopment and expansion of the old Boothbay Harbor Country Club, with further construction planned for a fitness pavilion. He leased and renovated an old general store; joined a local nonprofit’s effort to redevelop the historic Cuckolds Lighthouse keeper’s house into an inn; and purchased about 10 acres near the Boothbay Common for a marketplace, still in concept form.

“One of the things we’re thinking about a lot is the pace of recent projects,” Wolf said of Coulombe’s developments. “That’s a lot of investment, and all in a short period of time for our community.”

Recently, he purchased the old Rocktide Inn and Restaurant for rehabilitation and development as a resort. And he spearheaded the inclusion of a roundabout as part of the state Department of Transportation’s plan to rehabilitate Route 27.

Supporters praise the improvements and point to the philanthropic activities of Coulombe and his wife Giselaine, including substantial donations to the Cuckolds project, St. Andrews Hospital, Boothbay Region Ambulance Service, YMCA, Boothbay Harbor Library, Bigelow Labs, The Opera House and fuel assistance and clothing assistance programs. Recently, the Coulombes, with the help of the Boothbay Region Community Resources Council and other nonprofits, gave away all of the Rocktide’s furnishings to people in need.

Among critics, chronicled by the Boothbay Register and other publications, the general sense is his developments benefit only the wealthy: A local country club transformed for exclusive use, coupled with right-of-way disputes and an ongoing lawsuit saying Coulombe reneged on a management agreement; an iconic lighthouse now closed to the public in favor of an expensive inn; a battle over the roundabout, designed adjacent to the country club, with funding split by DOT, Coulombe and taxpayers.

Most recently, the Boothbay Register reported that Southport voters, at their March 6 town meeting, rejected a proposal to allow the sale of hard liquor at Oliver’s at Cozy Harbor Wharf, the general store Coulombe redeveloped into an eatery under a lease from the town.

Not that the projects haven’t been through the required permitting processes; but controversy is probably typical of any small, coastal town, said Boothbay Town Manager Daniel Bryer.

The debate about maintaining the economic vitality of Maine’s coastal communities while also retaining their character is not new, and it’s often the subject of coverage in The Working Waterfront. Take Bar Harbor, where a mix of small businesses was torn down for a hotel.

“There is a certain sadness in seeing that stretch of buildings gone,” said one Bar Harbor observer. “But most of those structures were in pretty rough shape and it was inevitable that someone would eventually replace them.”

Bryer sees similar discussions in his region. Of the country club’s redevelopment, “Some folks think it doesn’t fit the neighborhood. Other folks think it’s beautiful and well-maintained,” he said. “So it runs the gamut.”

Coulombe’s projects aren’t the only controversial developments. Concerns about the multi-million dollar planned expansion of Coastal Maine Botanical Garden, cited in the Bangor Daily News, revolve around impacts to the surrounding residential area and a public water supply (the town has approved the plans). The redesign for an old downtown bowling alley was recently panned in a Boothbay Register letter to the editor as inappropriate for coastal Maine.

Then there’s the question of “character.” Wolf said her committee has no uniform definition.

“But we do know what people generally value, and this is consistent with residents and tourists both—the sense that this is a small community, that it feels intimate, that it is neighborly and supports the folks who are working here and trying to make a viable life in a highly seasonal community,” said Wolf. “Many people feel the Boothbay region is quintessential coastal Maine—an amazing harbor, a traditional working waterfront. We feel that preservation of the working waterfront is part of the character and heritage of our town. People articulated a lot of that during public hearings on some of these development projects.”

So how to strike a balance between tradition and development?

“Speaking for myself, I think a viable economy moving forward is an economy that is diverse,” said Wolf. “That means diversified in terms of our historic strengths and diversified in a way that acknowledges new developments.”

“How do people want to engage in figuring out what their vision is for their area?” said Lafleur. “That’s what development is all about. And developers usually want to know what the community wants. They don’t want headaches and roadblocks.”

“As a town, we owe it to our community to do thoughtful planning,” he said. “It’s our responsibility to do everything we can to get out in front of it and have land use codes that invite development but also maintain the flavor and charm of the Boothbay peninsula.”

As part of that process, Tomko said, improved engagement with the public is paramount. 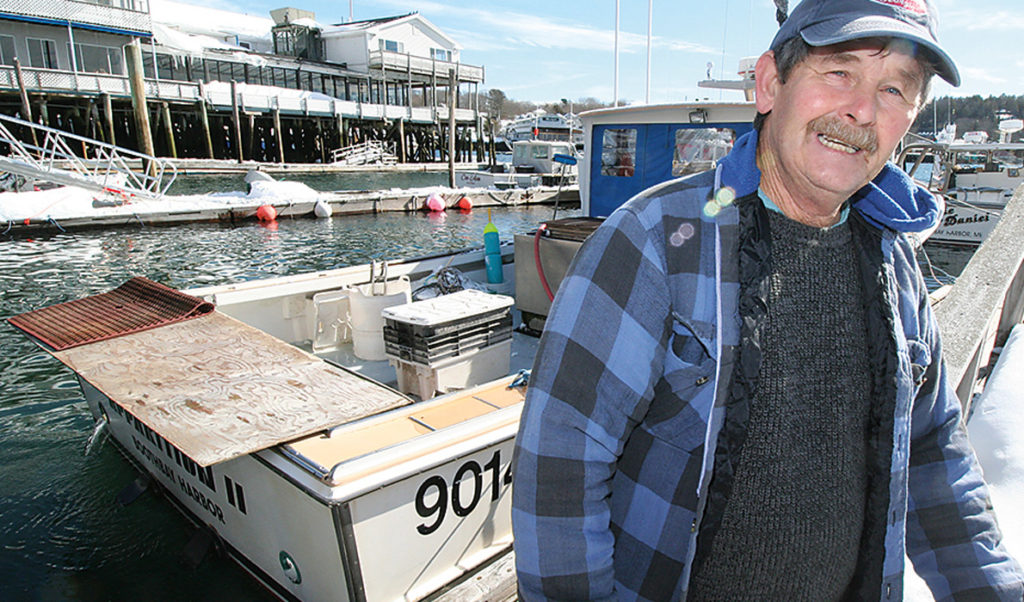