I customarily do an end of year wrap up of the summer’s high points at the Tidewater, the motel on Vinalhaven I own and operate. It’s a great business to be in. Almost without exception, every visitor is delighted to be here, happy to be on vacation, relieved to be taking a break from whatever is going on in their real lives and, this year certainly, enjoying one bright sunny day after another.

This year’s highlights include the experience of a middle-aged fellow who, after coming back from a morning of kayaking with the seals in the Basin and an afternoon lobster boat ride around the island, announced that he’d enjoyed the best day of his life.

Another guest, a particularly vivacious lady who was here with her second husband on their honeymoon, took up residence in The Crow’s Nest, a cozy roof-top perch overlooking the entire southern bay. She came downstairs early to share a coffee with me and observed, “The Crow’s Nest is so sweet and romantic that I think if I’d come here with my first husband I might not be here today with the second.”

And a couple who were here in the late spring got a morning wake-up call they’d not have experienced anywhere else. A local lobsterman had tied his 40-foot boat up to a nearby dock the day before to work on his hull at low tide.  He came down around 4 a.m. to untie and head out to haul. He let go the lines and pulled away but hadn’t gone far when his engine stalled.

As he kept trying and failing to get her re-started, the boat drifted quickly, with the incoming tide, till it banged up against the deck of room 4. He tied her off there but then had to climb up on the gunwale and clamber over the rail onto the deck and tap on the door to ask the guests answering his knock if he could exit through their bedroom to use the lobby phone.

They were surprisingly agreeable, given they hailed from Sante Fe and such an occurrence was beyond their wildest Arizona dreams.

I customarily send a confirmation to anyone making a reservation at the Tidewater. The confirmation letter is full of information about the island, ferry arrangements, restaurants, boat rides, things to do, places to visit and so forth. I save that confirmation in a particular place on my desktop and every time I receive a reservation, I automatically retrieve that three-page confirmation and send it along to the prospective guest.

I also keep a piece of correspondence for the cleaning crew and it, too, rests on my desktop. Each morning I recall it, update it to reflect which rooms are ready to be cleaned, which guest needs attention and so forth. These notes also contain information about specific things that need tending on a daily basis.

As many have pointed out, I am not quite as focused as I once was. Thus it was that a recent prospective guest received a confusing and somewhat troubling email confirmation and called for an explanation. It seems my note to the cleaning crew, asking that they clean up a distressing mess left by a mink that had snuck in to a room through an open deck door, instead became an email confirming a reservation for later in the summer.

The email read, “We look forward to seeing you on Monday, Aug. 11, for three days in a waterfront berth. Please clean up the little pile of mink droppings just inside the door to the deck before you do anything else.”

Phil Crossman lives and writes from Vinalhaven, and runs his waterfront motel better than these anecdotes might suggest. 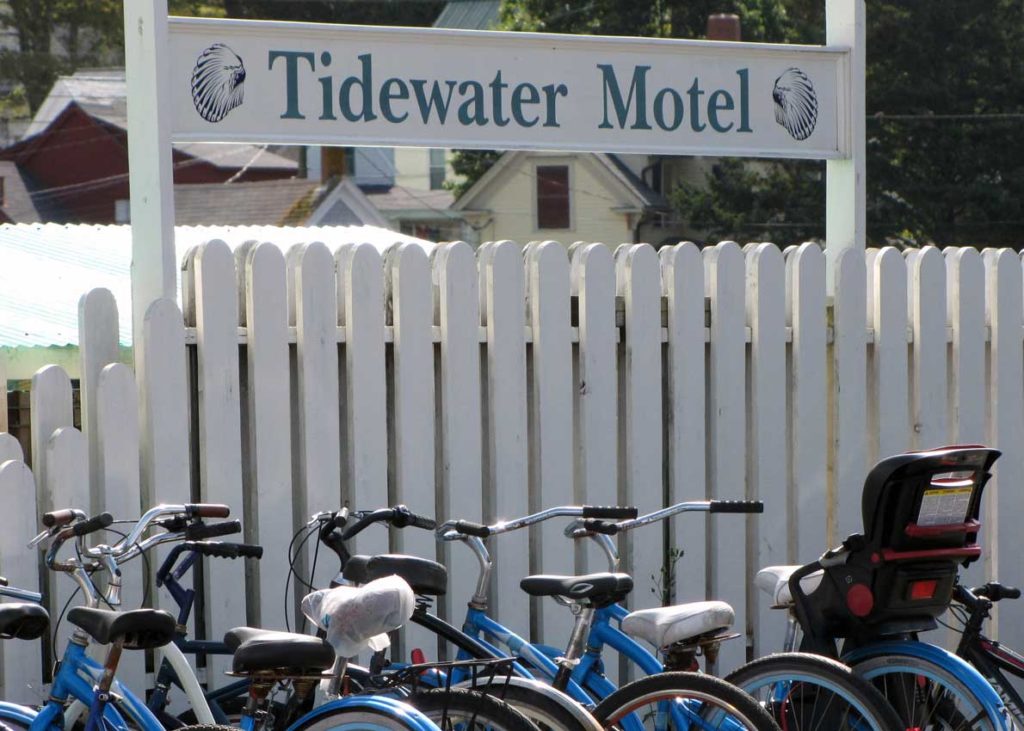