Not only did Bucksport lose the paper mill business and jobs that sustained its economy and tax base when Verso closed its operation there, but the mill itself—or at least most of the metal in the structures—will be scrapped and hauled away.

Some might see that fate as cruel, adding insult to injury. But in that fate lies opportunity, tied to the town’s status as a port community.

In fact, the port boasts of depths that can handle the same size ships that call at nearby Searsport, as well as the state’s other deep water ports, Portland and Eastport, says David Gelinas, president of the Penobscot River & Bay Pilots Association.

Gelinas is a pilot who boards ships off Matinicus Island, using his knowledge of the local waters to guide the vessels into port.

“Bucksport’s been very busy lately,” he said recently. “Bucksport can take up to 60 ton ships.” The “oil dock” there, as it’s known, has up to 35 feet of depth for a ship at low tide, he said.

“I personally brought ships of up to 700 feet to Bucksport,” Gelinas said.

The potential Gelinas and others see for the town is, admittedly, a long shot, and would require massive investment. And the property on which an expanded port facility would be built to realize that potential is owned by AIM—American Iron & Metal, the company that is scrapping the mill facility—so local and state efforts would have to partner with that private company.

But what sets Bucksport apart, along with its deep water, are two key assets: natural gas and rail.

In the early 1990s, a line was built to transport natural gas from Nova Scotia to Massachusetts. Fifteen years ago, a spur line was added, sending gas from the main line in Orrington, where it crosses the Penobscot River, south to the paper mill in Bucksport. The mill was moving toward the cleaner fuel, getting away from the more expensive and dirty No. 6 oil.

Later, an electricity generating plant was built which used the gas, and Verso eventually acquired that operation. In recent years, Verso was selling excess electricity produced there, some of which was produced by burning wood waste, a fuel classified as biomass. A steam-producing plant also is in place.

In the 1870s, a rail spur line was built linking the mill with the larger rail network in Bangor. Tree-length logs were hauled to the site via rail.

“We consider it an asset,” says Rich Rotella, the town of Bucksport’s economic development director. The town has fielded several calls from businesses interested in the biomass facility, he said.

“You’ve got a tremendous amount of infrastructure there,” Gelinas said of the site, which includes 150 acres on the river.

One business that might use a site with these assets, Gelinas suggested, is a manufacturer of wood pellets. Wood waste could arrive by rail, and the natural gas could be used to operate a kiln to dry the material.

A product known as torrefied wood pellets, which are created by roasting the wood in an oxygen-free environment, serves as a replacement for coal. Having natural gas available at a manufacturing plant would help reduce production costs.

Gelinas notes that nations in the European Union are under a mandate to reduce their use of coal, and torrefied wood pellets would help achieve that goal.

“The ‘wood basket’ is right there,” he added, referring to the wooded land in central and northern Maine. Currently, there are wood pellet manufacturers in the South, “But we’re three days closer to Europe than some of those ports,” he said, making such an enterprise even more attractive to investors.

Manufacturing wind turbine blades also might make sense for the Bucksport site, Gelinas said. Bucksport “would be an ideal manufacturing site for those,” he said.

Cianbro, which operates a facility at which it manufactures modular-built industrial structures on the Penobscot River in Brewer, then ships them by barge, is another example of what might be done in Bucksport, Gelinas argues.

If manufacturing is established there, a new dry cargo dock would be needed, and that’s where significant investment would be needed. The existing “wet” dock, which allows for the offloading of petroleum fuels, “was pretty much purpose-built,” Gelinas said, probably about 70 years ago, when the paper mill began using No. 6 oil, and probably could not be repurposed.

But the 35-foot depths in the harbor are not in need of dredging, Gelinas said, which makes the location as viable as Searsport, Eastport and Portland, the three ports the state decided to focus its investment on back in the 1970s.

“Bucksport got orphaned” by that strategy, he said.

“It’s pretty hard to see one company coming and replacing those [paper mill] jobs,” Gelinas said, but a consortium of businesses—shipping and manufacturing—could thrive.

“There’s going to be a lot of ideas floated out there,” Gelinas said, “but it’s going to take a real commitment on the part of someone.” 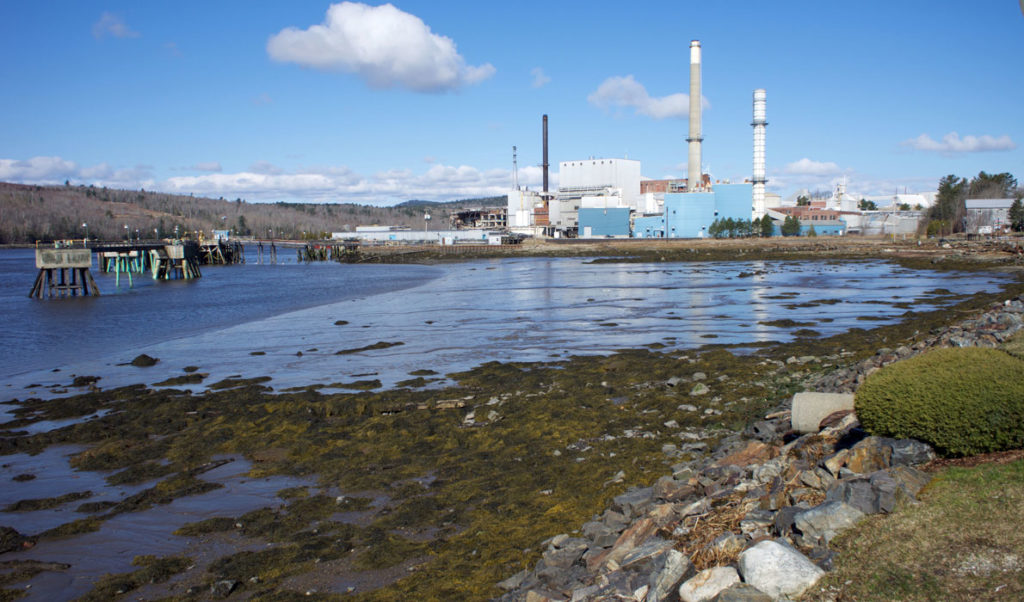