Editor’s note: The Island Institute, publisher of The Working Waterfront, has developed informal partnerships with residents of the islands in the Great Lakes, and we like to feature some reporting by those islanders.

This was the first Great Lakes basin-wide gathering of the high schools that serve their unbridged island communities. The hope is that this event will become an ongoing tradition. Mackinac Island has already committed to hosting the Great Lakes Island Basketball Tournament next year.

The idea for this tournament was hatched at the Great Lakes Island Summit held on Beaver Island in September 2017. When Steve Poe, superintendent of Put-in-Bay Schools, suggested bringing island communities together through a basketball tournament, everyone thought it was a great idea. However, ideas become great only through people putting in the work to bring them to fruition.

It took a lot of support from parents, coaches, school boards, and communities to provide the resources to allow the teams to travel to this unique cross-state tournament. Special thanks should go to the athletic directors in each school for making this happen.

The teams were quite evenly matched, which ensured some great basketball.

At the end of the round-robin tournament, the Put-in-Bay Panthers took home the trophy on the girl’s side and the Beaver Island Islanders won the boys’ side. In addition to great basketball, the students from the different schools had a wonderful time getting to know each other at a dance and activity night sponsored by the Beaver Island Community School Student Council.

Just as island life is unique, there were some unique elements to this tournament. As with most Great Lakes Islands, Beaver Island’s winter lodging for visitors is limited. The student athletes from Put-in-Bay, Washington, and Mackinac islands “camped-out” in classrooms, while several local businesses opened up their lodging for off-island spectators.

The true nature of island life was on display on the last day of the tournament when, due to inclement weather, the Washington Island Bucks were not able to fly back home. The Bucks were great sports and the Beaver Island community came together to make their extended stay as comfortable as possible.

As was discussed last year at the Great Lakes Summit, and was reiterated and formalized this year on Madeline Island with the establishment of the Great Lakes Islands Alliance, island life brings both unique challenges and unique opportunities. Though we are spread out across hundreds of miles and in many states, in many ways we have more in common with each other than with our neighboring mainland communities. By gathering in different ways, from the annual island summit to an annual basketball tournament, we will help to foster communication and collaboration that will help strengthen our communities over time.

If you are a fan of both basketball and islands, plan on joining us next year (first weekend in December) on Mackinac Island! 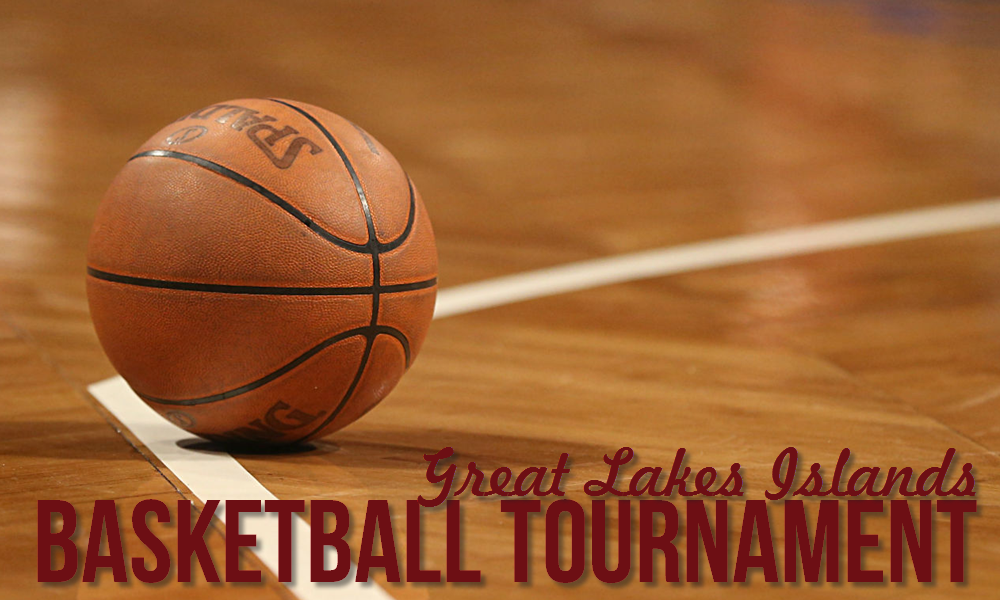