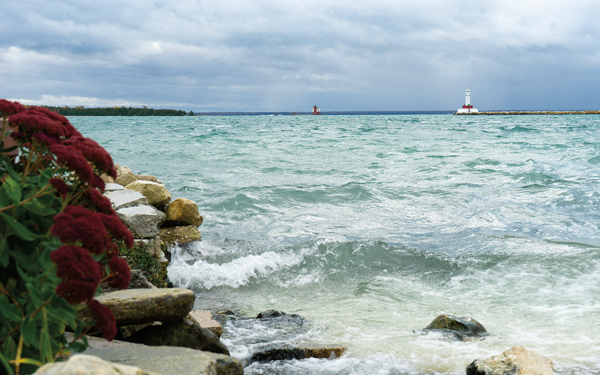 Representatives from island communities across the Great Lakes gathered on Mackinac Island in Michigan in late October for an annual summit at which common challenges were explored.

The Great Lakes Islands Alliance formed three years ago, with assistance from the Island Institute, publisher of The Working Waterfront. The alliance is modeled in part on the Maine Islands Coalition, which was launched in 2002 in collaboration with the Institute.

As 120 islanders from the region gathered in formal and informal discussions and workshops, the flavor of life on the islands emerged. There was much that would be familiar to Maine islanders. At a social gathering on the first night of the summit, residents of Beaver and Mackinac (pronounced “Mack-in-aw”) islands chatted, and some good news was revealed: Beaver Island will have a dentist visiting the health center two days every other week. 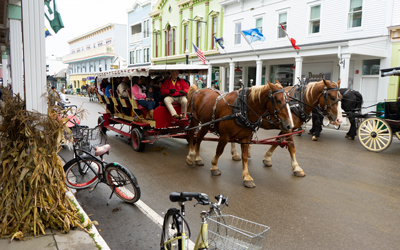 In addition to health care access, other matters batted around in conversation would be recognizable to Maine islanders, such as the need for high-speed internet, keeping small schools viable, ferries, golf carts, affordable housing, and balancing tourism. In fact, tourism dominates the economies on many of the islands, with little in the way of natural resource extraction.

But phrases like “high water” and “ice bridge” would require translation for Maine islanders.

High water is what the lakes have seen in this and in recent years; it’s not like rising sea levels, but rather from heavier snows and rains. Islanders remembered “low water” years decades ago, but the higher water levels cause flooding, erosion, and ferry access problems. The Great Lakes constitutes a shipping lane, and locks and dams can be used to regulate water levels, but reaching consensus with those downstream is difficult, islanders said.

An ice bridge refers to the solid ice that forms between some of the islands and the mainland in the winter. Ferries can’t run, but the ice allows snowmobiles and trucks to haul freight and passengers. Recent warmer winters have meant ice bridges are less prevalent.

The region is large, with islands in the alliance scattered across Wisconsin, Michigan, Ohio, and Ontario, and in lakes Superior, Huron, Michigan, and Erie. The shoreline of the lakes is estimated at 10,900 miles, and the lakes themselves contain one-fifth of the world’s fresh water. Year-round populations on the islands total 20,000.

The summit coincided with the waning days of the tourist season on Mackinac. The island’s village center is reminiscent of downtown Bar Harbor, though a bit smaller. Several inns and resort hotels—including the mammoth Victorian-era Grand Hotel, that looks down from a steep hill—sustain the island as a vacation destination.

Cars are prohibited on the island, though special permits are issued for construction vehicles like cement trucks. Vice-president Mike Pence visited the island a few weeks before the summit for a state Republican convention, and was served by five large SUVs. The breach of island norms generated a flurry of letters to the editor in local papers, but several islanders said most of the locals were understanding.

Horse-drawn drays roll along the streets, hauling tourists, their luggage, groceries, and even trash from the hotels.

Marie Hulett, owner of the island’s Wings of Mackinac Butterfly Conservatory, said her business needs seven or eight college students for June through August, but this year, three had to leave a few weeks early, hampering the operation. Mackinac has a year-round population of about 475, with about 75 students in its K-12 school, but in July and August, there may be as many as 20,000 people on the island.

Stephanie McGreevy, director of Mackinac’s community foundation, described how the fund was built over 25 years, launched by the family that owned the Grand Hotel at that time. Today, the foundation gives out $250,000 in grants each year.

McGreevy said the island’s allure has changed from the night life scene of the 1980s, to more couple romantic get-away stays. Second generation Chinese and Indians from Chicago and Detroit are among those exploring the island, she added. 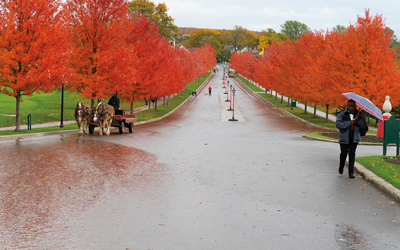 As a new organization, the Great Lakes Islands Alliance has shown promise and potential, as seen in the growing attendance in the three summit meetings, from 60-plus to 120. The alliance has no full-time staff or office, and is defined as a voluntary, collaborative network.

Matt Preisser, coordinator for the alliance through the Michigan Office of the Great Lakes, devotes some of his time to managing the alliance.

An example of how the alliance might work emerged earlier this year when Madeline Island’s fire hall burned, destroying its fire truck. Another Great Lakes town donated a truck to the island after learning about the loss.

In an “island roll call” early in the conference, with representatives of each of the 14 islands offering descriptions and pertinent facts, it was apparent that many islanders knew little about each other. The summits would help change that status.

Another player in the alliance is Northland College in Wisconsin and its Center for Rural Communities. In his remarks to those attending the conference, the center’s director Brandon Hofstedt said GLIA could become a regional voice, advocating for policies that help islands remain viable. One such issue, affecting the Michigan islands, is the recent cut in funding to rural schools, which was cited in several break-out sessions.

One break-out session was devoted to Mackinac Island’s efforts to keep housing affordable. A project begun in the mid-1990s had languished, but in recent years has been seeing development.

Michael Olson of the island’s public works department said 26 house sites, with city sewer and water, were created at the center of the island, and duplexes were built. Nine units are currently occupied.

Eligibility was limited to those with lower incomes, but that since has been raised to 250 percent of the county’s median income. Residents own the homes but enter into 99-year leases for the land at $15 per month, which Olson and others said was key to the project’s success.

An 11-month residency is required. Residents also pay $7,248 annually to cover the cost of water, sewer, and other services.

Tourism is the leading economic sector on many of the islands, and on Mackinac, it is not taken for granted. In a break-out session, Tim Hygh of the island’s tourism bureau explained how the former owner of the Grand Hotel declined state marketing funds—raised through a lodging tax which it also was able to avoid assessing—and found visitation dropping, from 1 million in 2008 to 750,000 in 2011. Revenue rebounded from $43 million in 2011 to $72 million last year.

The island features 1,500 hotel and inn rooms, he said.

Mackinac hosts festivals themed around lilacs, stone-skipping, and fudge—a confectionary well-associated with the island. A Great Lakes yacht race brings visitors, and 35-plus cruise ships call at the island harbor.

Like many tourist destinations, getting workers remains a challenge. Some 4,500 workers are needed, and 900 have been brought to the island through H2-B visas. The kicker, though, is that it costs businesses $2,000 to get each foreign worker to the island, Hygh said. 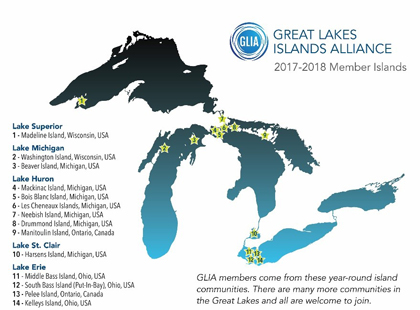 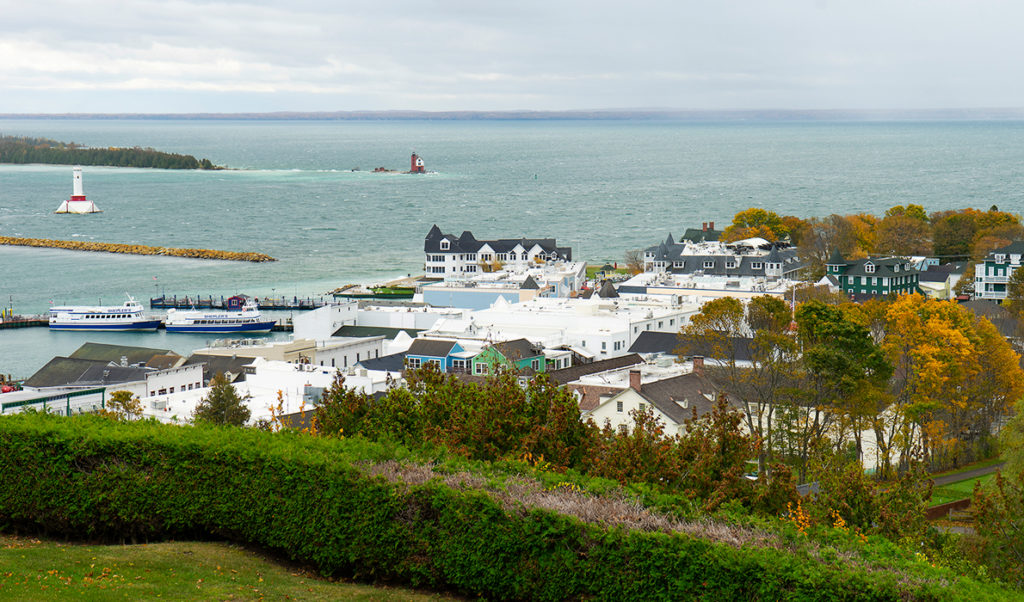 A view of the village area on Michigan's Mackinac Island.

A return to the joy of cooking and eating