As a “small-town boy” growing up in Southwest Harbor, Phil Whitney had dreams of traveling the world.

When he entered the U.S. State Department’s Office of Security, he found himself on a career path that would fulfill his dreams many times over.

Over 20 years, Whitney’s service in dignitary protection, investigations and embassy security had him chatting with Pope John Paul, rubbing shoulders with President Reagan, sharing a beer with Clint Eastwood, sipping tea with Cambodian leader Norodom Sihanouk, sitting with crowned heads of Europe at the Atlanta Olympics, and spending nights at some of the world’s finest hotels.

His job also meant dealing with harrowing situations in some of the world’s most troubling hot spots, facing down armed Russian security forces, securing embassies against spies, terrorists and demonstrators, traveling halfway around the world on short notice and trying to sleep in cockroach-infested slum-like accommodations.

These experiences were nothing out of the ordinary.

“In all honesty, mine was probably an average career,” said Whitney, who can be found these days on Great Cranberry Island, where his family roots go back to the earliest European settlers.

“There are agents who faced more dangerous threats and probably had more colorful adventures than I did. And there are some who probably didn’t have as much. But I just enjoyed most of the everyday work, travel and adventures a lot more. Some of the agents could be very blasé. I always had that small-town, wide-eyed perspective, right to the very end.”

Whitney started in law enforcement as a summer traffic officer in Southwest Harbor in 1970, working his way up to chief of the Bar Harbor Police Department by 1979. He loved law enforcement, but also wanted to see the world. He researched jobs at the FBI and other federal agencies, and discovered the then-obscure Office of Security (later the Bureau of Diplomatic Security).

“The job description was exactly what I was looking for—lots of travel, moving every few years and doing many different assignments,” he said.

His first big trip was on a small protective detail accompanying the director of the U.S. Information Agency to 12 cities throughout Europe, traveling by plane, train, bus and boat.

“It was fabulous. For somebody like me, who had never traveled much—I was constantly saying, ‘I get paid to do this!’”

Soon he was on another small detail covering the U.S. envoy to the Vatican. During a visit to the Vatican one day, out of the blue, the envoy invited the agents into the pope’s office to meet him. 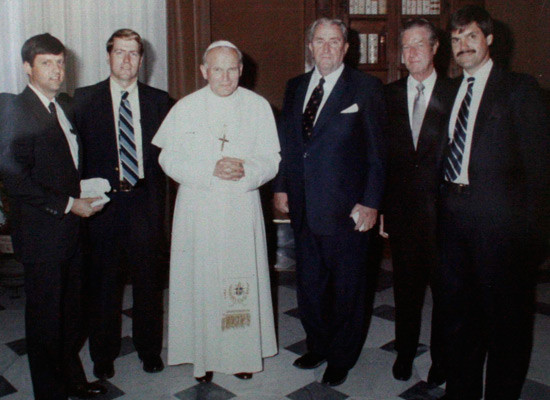 “This is the type of job where, most every day, you never knew what would happen. And it wasn’t just a handshake. Pope John Paul chatted with me separately in his office, and he presented me with a gold commemorative medallion. I just couldn’t believe I was standing here alone with the pope in a corner of his office, having a casual chat.”

During the same assignment, he traveled to Paris to advance a visit.

“I went to a nondescript apartment building and knocked on a nondescript door and a very nice older gentleman greeted me,” he said. “We sat down and had tea and chatted for an hour or two. It was Norodom Sihanouk, considered the father of Cambodia, the equivalent of George Washington in America. He was in exile, and here I was having tea with him.”

When Whitney was assigned to Secretary of State George Schultz’s protective detail, he traveled constantly. One highlight involved coordinating security arrangements for the State Department’s participation during Reagan’s trip in 1984 to Ireland, the G7 economic summit in London and Normandy for ceremonies commemorating the 40th anniversary of D-Day. Another had Whitney arriving at the Washington, D.C., office for a supposedly routine day and within a couple of hours jumping onto an Air Force cargo plane to Moscow, in charge of an advance team to set up security arrangements for Schultz to attend the funeral of Russian leader Konstantin Chernenko.

These things didn’t come off without snafus, especially in the height of the Cold War. Whitney was forced to requisition the U.S. ambassador’s limousine for Schultz, talk down Russian soldiers leveling their guns at him at the airport gate, and maneuver his agents into a wedge to get Schultz through hostile Soviet press who were rushing at him.

That tour also found Whitney coordinating the State Department’s security arrangements for Reagan’s second inaugural, and at one point standing next to Frank Sinatra at one of the balls. Another time, he was literally rubbing shoulders with Reagan in a narrow reception line during a state dinner for Reagan at the Great Hall of the People in Beijing.

His most harrowing tours were in Nairobi, Kenya, where he was regional security officer; and Phnom Penh, Cambodia, a hardship post in an impoverished country still recovering from the Khmer Rouge era.

“You’re trying to defend embassies against terrorist attacks and intelligence penetrations, and protect U.S. personnel and dependents from harm,” he said. “In a place like Cambodia, you worried every day about that terrorist attack coming down the street.”

Whitney recalled an attack by Chinese dissidents angered by the U.S. bombing of their embassy in Eastern Europe.

“They were throwing bottles and bricks into the compound, and a bunch tried to climb into the embassy over the wall. I yelled at my local Cambodian guards, ‘Go get ‘em!’ It was a pitched battle. But they drove the Chinese off the wall. I was very proud of the guards.”

In another clash, government forces were beating a Cambodian opposition leader nearly to death just outside the embassy, within sight of a group of refugees safely in the U.S. compound.

“I happened to come walking slowly up the street, wearing my sidearm as always, and everybody began staring at me—the refugees, the police, other Cambodians, embassy staff. I made a signal with my arms to drop him. They dropped that guy and he somehow managed to scramble over the fence into the safety of the compound. But I think he would have been a goner if I hadn’t come along.”

By 2001, Whitney was ready to return home, although he knew he’d miss the action, especially with the agency growing considerably in response to the explosion of terrorism. During those years, attitudes generally changed about the Diplomatic Security Service among State Department personnel, many of whom had questioned the need for an increased security presence.

“The attitude was, ‘We’re diplomats, we’re peace-makers. Why do we need law enforcement and security?’ But over the next 20 years, everybody had friends who were killed or been kidnapped or evacuated, or they themselves had been. Their outlook changed. As the world became more dangerous, people recognized the job we were trying to do. And the threat situation continues to worsen for Americans assigned overseas in the 14 years since I left the bureau.” 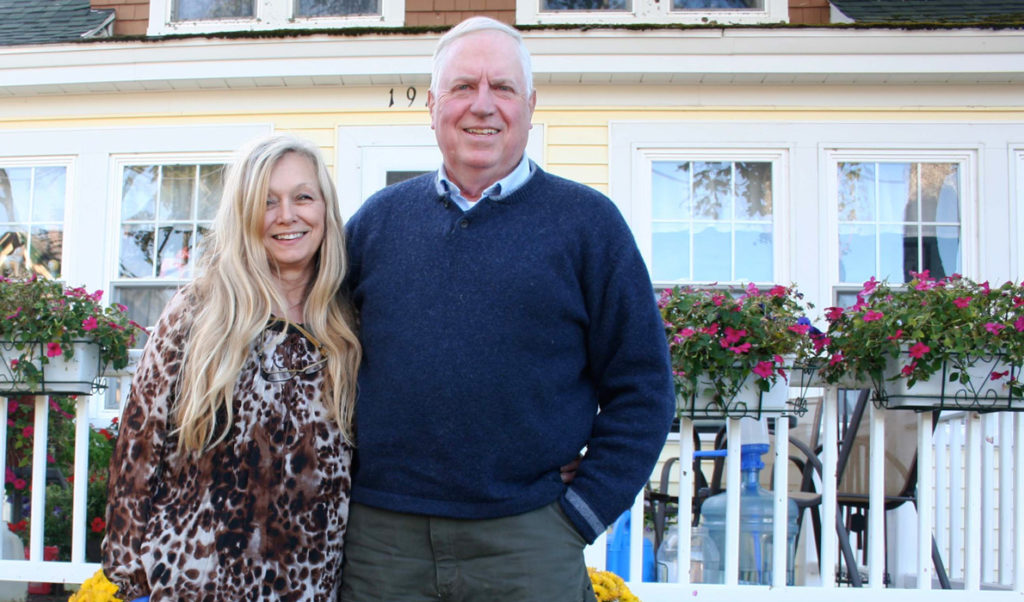