Editor’s note: Since this story was published in the June edition, Gov. Janet Mills has offered an alternative plan to the 14-day quarantine for out-of-state visitors.

Bar Harbor business owners, from restaurants and shops to hotels and vacation rentals, are reeling from an executive order by Gov. Janet Mills that effectively prohibits out-of-staters from traveling to Maine this summer.

An estimated 37 million tourists arrive in Maine each summer and many are from states currently or recently “hot spots” for the coronavirus—Massachusetts, New Hampshire, Connecticut, New York, and New Jersey.

“People are understandably livid,” said Eben Salvatore, operations manager for Bar Harbor Hotels, which owns four hotels in Bar Harbor with a total of 700 rooms. “You can’t say for sure that letting people from New York vacation here is going to cost people their lives. But I can guarantee you canceling our summer season will cost people their livelihoods.”’

Bar Harbor has more than 400 businesses, 4,000 hotel and motel rooms, more than 1,000 vacation rentals, and hundreds of camping sites. The National Park Service estimated tourism in the Bar Harbor area generated $387.7 million for the local economy in 2018.

No tourists are allowed in Maine until June 1, and then the state restricts entry to Maine residents only or anyone who has already completed a 14-day quarantine.

In July and August, guests from out of state can travel to Maine but must quarantine for 14 days.

Salvatore, like many others in the hospitality industry, was holding out hope that Mills would change her mind.

“There will be losses, inevitable losses,” Mills said in making her announcement April 28.

The Bar Harbor Chamber of Commerce urged Mills to reconsider, saying the financial impact would deal a “catastrophic blow” to many small businesses, families and employees that depend on hosting visitors.

“The idea that we could survive until 2021 on a partial and limited season is unsustainable, as there are no other opportunities,” said Alf Anderson, executive director of the chamber. “The small businesses of Bar Harbor, and the state of Maine, deserve the opportunity to provide a safe visitor experience that will give us the opportunity to survive.”

Earlier on the day Mills made her announcement, the chamber sent a proposal to Heather Johnson, commissioner of the Maine Department of Economic and Community Development, outlining its plans to provide a safe experience for visitors.

The plan included hand sanitizing stations at many locations around town; a “visitor code of conduct” outlining safe practices ranging from staying home if vacationers have symptoms of the virus or have recently been exposed to someone who is infectious to coughing into a tissue and disposing of it in a wastepaper basket. There also are best practices for employees and patronizing tourist attractions.

Jeff Dobbs, chairman of the Bar Harbor Town Council, said tourist dependent businesses were resigned to the fact they might lose May and June, but never thought they would not be allowed to take in visitors from out of state because of the 14-day quarantine.

“If she continues with this mandate, no one is going to come,” he said. “It does not make any sense to pay lots of money to stay in a hotel room for a few weeks. I haven’t heard of anyone who is happy about this. A lot of them who have called me are scared, as I am.”

Dobbs owns the advertiser-backed Acadia Channel, a local cable channel that alerts tourists to area attractions. He said this change, if it goes into effect, would effectively end his 40-year-old business.

The council is considering closing portions of two streets and adding picnic tables to make it more comfortable for visitors to order take out. “Distancing is the key to this thing,” Dobbs said.

Julie Veilleux, owner of Window Panes, which offers higher end home goods and gifts, said her business usually begins to ramp up in April. The governor’s order allows most retail businesses to open June 1 with restrictions on in-store capacity limits.

Like many business owners, Veilleux was preparing to compensate for the expected reduced number of visitors by putting up a new website and offering curbside pickup of online purchases.

“In this day and age, we have to adapt and be flexible to get a piece of whatever is out there,” she said.

Todd Graham, general manager of Acadia Corp., and a Chamber of Commerce board member, said his company has seven retail stores, one of which is an ice cream shop.

“This is onerous on everybody,” he said, adding that he was monitoring information for any possible changes at the state level. “We look forward for all of us to get through this and stay as whole as we possibly can.”

Susanne Hathaway is one of three owners of Cafe This Way, a popular seasonal eatery that opened in 1997 and serves breakfast and dinner starting around Mother’s Day. She and her partners are taking a wait and see approach to the expected dramatic decline in visitors from out of state.

They are thinking hard about ways to innovate, and plan to hold two pop up dinners from a food truck on June 12 and June 26. The first dinner will be farm to table using food from Mandala Farm in Gouldsboro.

“We’re taking baby steps right now,” said Hathaway. “We’re already in the restaurant business so we’re used to being stressed out. Whoever survives in the end are the people with the deepest pockets and who are the most popular. I have a really solid relationship with my partners, but we are coming from three levels of panic, so we take turns. You have to laugh or you’ll cry.” 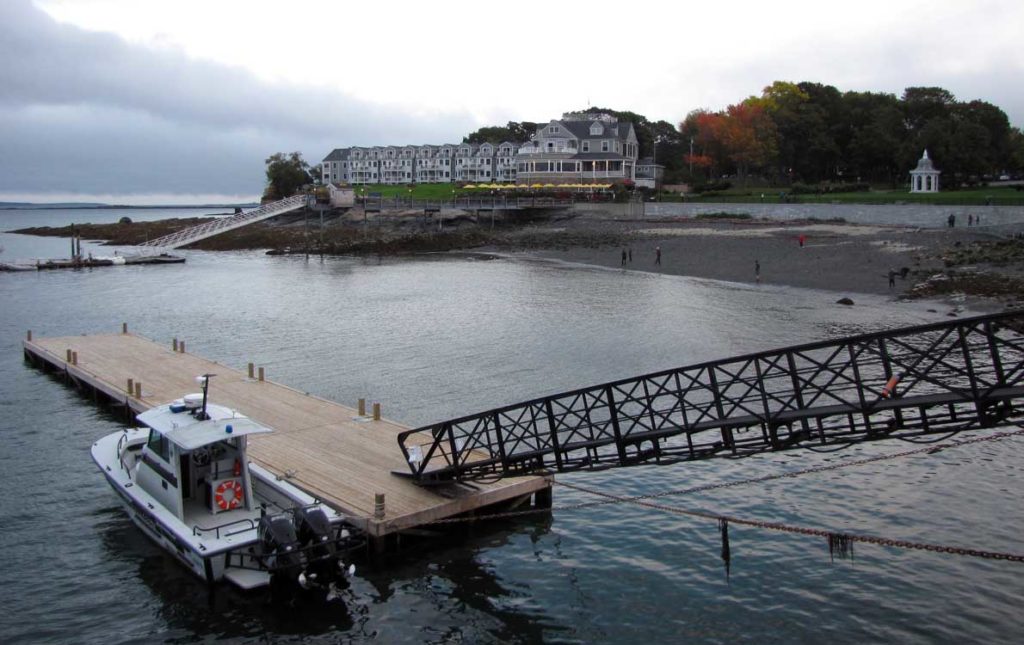