The 2010 closure of the Stinson sardine cannery in Prospect Harbor and the layoffs of scores of workers sparked fears about this small town’s economic well-being.

But since 2012, the facility has been operating as Maine Fair Trade Lobster, a joint effort of East Coast Seafood and Garbo Lobster. In recent years, the town of Gouldsboro, which includes the village of Prospect Harbor, has also benefited from increased tourism related to the nearby Schoodic portion of Acadia National Park.

Now Gouldsboro is looking at leveraging neighboring property to develop an industry- and tourism-friendly working waterfront. In September, the town received a $21,000 matching grant from the Department of Marine Resources Maine Coastal Program to develop the plan.

Town Manager Bryan Kaenrath said the town has a couple of goals in mind.

“One is to increase public access to the harbor there for people to put in smaller craft like kayaks and canoes,” he said. “Another is to improve the parking and traffic flow situation there. It’s at a corner with a very sharp curve. The driveway going in and out of the factory is not the best traffic situation.”

The town owns the land in question, and vacant property across the road that’s been converted into a parking lot.

“There’s a fair number of fishermen in Prospect Harbor, and they could certainly use more parking,” he said.

Improving flow is also expected to smooth increased traffic associated with the park, especially since the opening of Schoodic’s new campground, he said.

“The numbers at Schoodic are going up, and that means more traffic. So that’s part of the equation,” he said.

South Portland received $30,000 to develop a plan to expand the city-owned Portland Street Pier, a seasonal working waterfront pier, to support the  aquaculture and fishing industries, and provide for maintenance of existing infrastructure.

“There’s only a certain amount of berthing space available, and it’s on a first-come, first-served basis,” said Economic Development Director Joshua Reny. “It’s supposed to be generating a certain amount revenue each year used to pay for maintenance and other ongoing expenses.”

But annual revenue of $20,000-$25,000 won’t cover deferred maintenance and capital costs, he said. At the same time, he noted, the city has reviewed a Gulf of Maine Research Institute report that describes a  growing aquaculture industry and is considering opportunities to attract the industry to its facility.

“It’s anticipated that aquaculture will continue to grow and that access to piers and dockage will continue to be a challenge,” said Reny. “We’ve had a few folks on the city council who are thinking about the types of improvements that could be made to support that industry, and potentially generate more revenue that could sustain the pier itself.”

Part of that discussion will include stakeholder meetings, he said.

“I think it will be a good process at the end of the day,” he said. “What we’ll have, at least, is a capital plan and a way forward and, more aspirationally, a reasonable and economically feasible plan for expansion.”

It’s unclear whether there are any aquaculture interests operating out of South Portland at the moment, he said. But, “even if there aren’t aquaculture folks currently operating in the city, there’s interest. This could lead to the creation or relocation of new aquaculture businesses in the community.”

Unlike neighboring Portland—where commercial fishermen have petitioned the planning board on the subject of non-marine-economy development along traditional working waterfront, according to the Portland Press Herald—South Portland is not experiencing similar pressures, said Reny.

“We’re thinking about the long-term evolution of the waterfront and the trajectory and trends,” he said. “I think there probably are people who would like to see more retail or recreational use for the waterfront, but as a matter of practice, right now, we still have a lot of working waterfront in this community. It continues to be zoned that way. The Portland Street Pier is in the shipyard zone, which is an industrial zone, and a lot of the land in that part of the city is zoned that way.”

• Chebeague Island: $28,000 for developing design and cost estimates for a facility to meet the island’s transportation needs at Sunset Landing.

• Damariscotta: $17,300 to design a public restroom and visitor’s kiosk in the downtown waterfront area.

• Frenchboro : $18,150 to investigate opportunities for a new all-tide landing in the harbor.

• Southern Maine Planning and Development Commission: $27,429 for a multi-municipal partnership to assess the potential for purchasing a regional dredge. 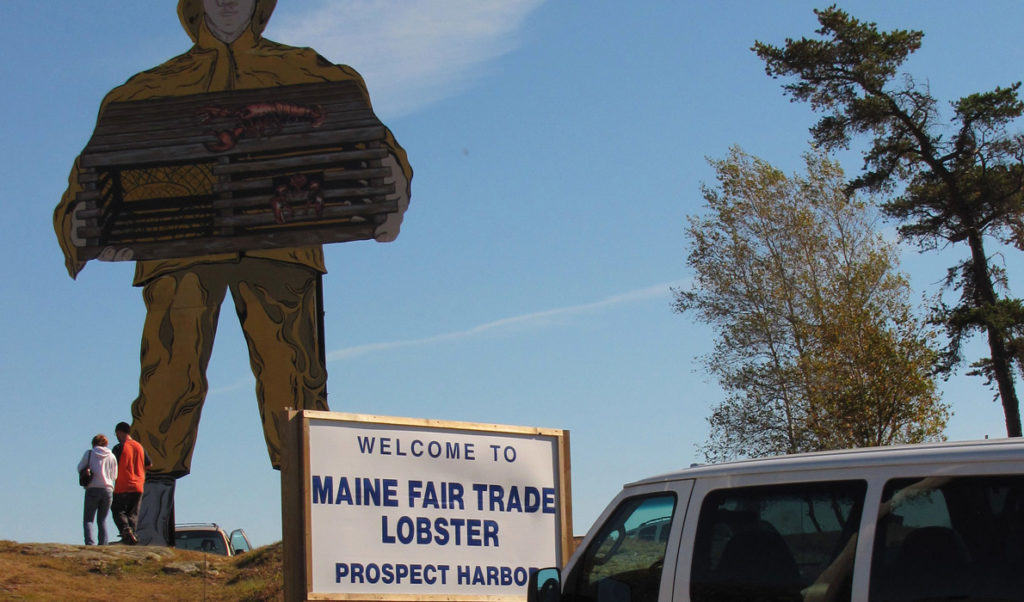