Fisheries management needs to be more localized and more closely tied to the people who work in the fishing industry.

Those values are driving organizations like the Stonington-based Maine Center for Coastal Fisheries (MCCF), and this more sophisticated, nuanced approach to regulation was a theme at its June 17 “State of the Science” conference at the University of Maine at Machias.

Paul Anderson, MCCF’s executive director, opened the conference by describing what he called ecosystem-based fisheries management. That work is being done by MCCF, along with the National Oceanographic and Atmospheric Administration (NOAA) Fisheries, and the state Department of Marine Resources (DMR) as the Eastern Maine Coastal Current Collaborative, or EM3C.

The formal collaboration project aims, by 2022, “to develop a framework that supports ecosystem-based fisheries management” in the region, according to MCCF’s press release. That region covers the area from Port Clyde east to the Canadian border. NOAA recognizes the region as distinct among the waters it regulates.

Typically, regulators at the federal level set harvest levels on a species by species basis, and do not consider the impact those actions have on other species and, significantly, the impact on people who live in the region.

Keynote speaker Heather Leslie, director of the Darling Marine Center in Walpole, presented an example of this sort of thinking from the Gulf of California in Mexico, calling it, in the title of her talk, “the emerging science of social-ecological marine systems.”

If done well, Leslie suggested, the results are resilient human and ecological systems.

She and students have spent time studying the systems in the Gulf of California, a region with 891 fish species, 181 different marine birds, and 34 marine mammal species. It produces 70 percent of Mexico’s fishery landings by volume. The gulf has seen temperature extremes, with La Niña conditions in 1989 and El Niño in 1997, Leslie said.

What separates her work from other fishery management inquiries is that Leslie gave equal weight to learning about how and where people in that region lived and worked.

“We spent four years gathering social data to match the scale of the ecological data,” she said.

In one town on the gulf, Loreto, fishing endeavors are rich and varied, and Leslie and her team learned that the population adapted its response to what was available and when.

“We needed to understand how people respond to changes. We can’t have those conversations about how to tailor the management,” she said, until the biological and social-science data is understood.

Leslie is beginning the same sort of research on the Damariscotta River, which supports aquaculture operations, among other marine endeavors. 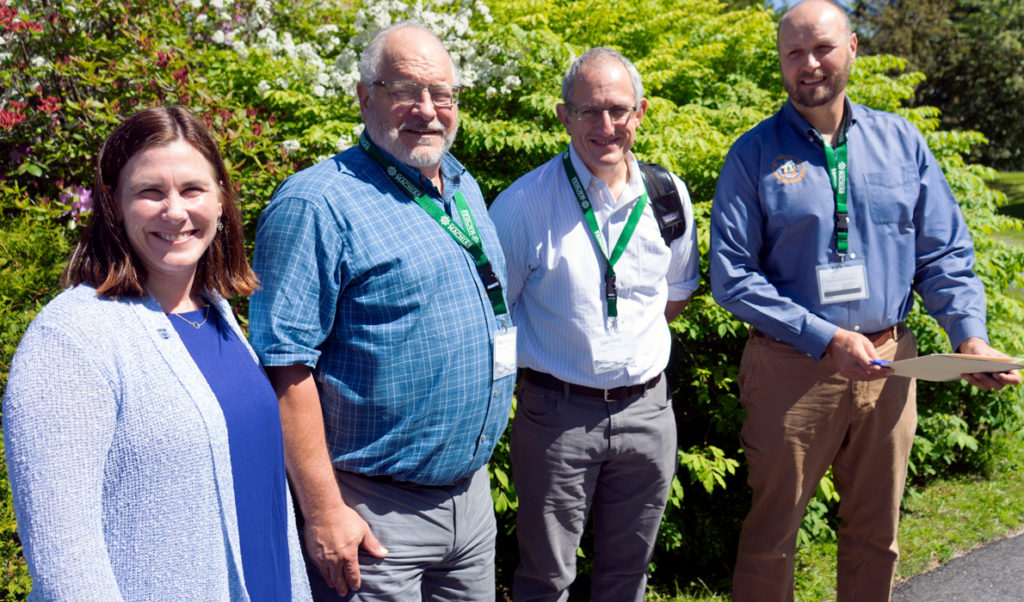