Editor’s note: This story first appeared in Breaking Through, the annual report of the MDI Biological Laboratory, and is used here by permission. Michael Westphal is a native of Great Cranberry Island.

Michael Westphal is a born athlete. All through high school and college, he ran competitively—track and cross country—and he was known throughout Maine as one of the best.

After college, he continued to compete in long distance road races. He ran 14 marathons. And then he put competitive running aside for 20 years to focus on managing a growing business and raising two sons with his wife.

Westphal’s vigorous physical conditioning made the bad news especially hard to believe. Nine years ago, at age 49, he was diagnosed with Parkinson’s disease.

Parkinson’s is a degenerative, neurological disorder, affecting a million Americans and over four million individuals worldwide. The disease is age-related, striking most people at 50 or older. Symptoms include tremors, rigidity of the limbs and torso, slow movement or an inability to move, and impaired coordination. And they worsen slowly over time.

“My first reaction? I don’t think I believed it,” Westphal remembers. “My biggest fear was that in ten years, I’d be disabled, in a wheel chair. I decided early on that I wasn’t going to lie down and take it. I’m a positive person. I didn’t want people to feel sorry for me.”

He took medications to control his symptoms to the extent that is was possible, and spent the next seven years concentrating on his work. He and his crew (which includes both his sons, now ages 30 and 32) built three houses, and completed a number of other big projects.

“My goal was to work as long as I could to save money for the time when I couldn’t work anymore.”

Then, last year, he decided to take up running again.

“I wanted to get more out of life than just working all the time,” he says.

He wasn’t sure how he’d perform. “I knew I could run short distances, but I was surprised that I had the endurance to run long distances.”

Westphal was thrilled to find he still has what it takes to exercise hard. But there’s been a terrific bonus: he believes that running has improved his condition.

“I have almost no symptoms and feel great when I’m running,” he says. “Even during the rest of the day, I feel much more normal than I did before.”

In fact, he felt so good that he decided to undertake a marathon. He began training—running up to 55 miles a week—for the 2015 “The Great Run,” held in June on Great Cranberry Island. And he did it to raise funds for The Michael J. Fox Foundation for Parkinson’s Research.

“Not everybody can run a marathon, but everybody should do what they can to further the cause they believe in. That’s what I’m doing.”

With the recent birth of his granddaughter, Maeve Grace, Westphal has more motivation than ever for raising funds for Parkinson’s research. About 15 percent of those with the disorder have a family history of Parkinson’s. Four of Westphal’s close relatives—including his sister—have battled the disease.

“I’d sleep much better knowing that the smile on my little granddaughter’s face will never be swept away by the consequences of Parkinson’s,” he says. “That’s why I’m persevering to raise money.”

Meanwhile, across the harbor at the Mount Desert Island Biological Laboratory, Aric Rogers heads up a lab that is exploring why growing older causes certain individuals to succumb to degenerative diseases associated with aging—including Parkinson’s disease.

Parkinson’s, Alzheimer’s disease and Huntington’s disease are all “diseases of aging,” says Rogers. “People live healthy for years—even if they have a genetic predisposition to one of these diseases. And then, late in life, something goes wrong with the genetic machinery that is tasked with keeping the cells clean and uncluttered. As a result, the cells of these individuals develop a dangerous build up of proteins—a different protein for each of these diseases—and lose their ability to function properly.”

And the disease takes over.

Rogers’ team is examining why—and searching for ways to prevent or slow down the failure of this “housekeeping” machinery that marks the onset of these diseases. And their approach to the problem is unusual in a couple of ways.

First, they chose the tiny worm, C. elegans, as their research model, rather than more commonly used lab mice and rats.

It may seem surprising to study a worm to learn about human aging and disease, but it’s actually a perfect choice. It shares about half its genes with humans, including the mechanisms that are associated with keeping the cells clean and tidy. They live an entire lifetime in a matter of weeks, so the effects of aging on their cells can be studied quickly and easily. And they reproduce fast—each worm can make up to 300 worms in just a few days—so they are cheap and easily available.

The second trailblazing feature of Rogers’ approach: don’t focus on the particular protein that is associated with each disease. Instead, concentrate on that malfunctioning cell machinery and find a way to kickstart its ability to manage the buildup of proteins, regardless of the type. This will keep the cells healthy, longer and help prevent the onset of all of these degenerative diseases of aging.

Based on their research so far, Rogers and his colleagues believe that certain lifestyle changes have potential for strengthening cells that have been damaged in this way. They’ve seen that when cells are exposed to the temporary stress that comes with diet or exercise, for example, they respond by hunkering down to protect themselves—and in the process, they regain some of their efficiency. That’s why Rogers wasn’t surprised to hear that Wetpahal’s condition has improved with his physical training.

Rogers’ team is also exploring a variety of therapeutic compounds to do the job more effectively.

“We’re working to identify targets for new drugs that will reduce the effects of aging, including reducing the incidence of disease. That’s the ultimate hope,” he says.

Michael Westphal, his family, and millions of others who deal with the pain, fear, and loss of Parkinson’s and other degenerative diseases, are waiting. 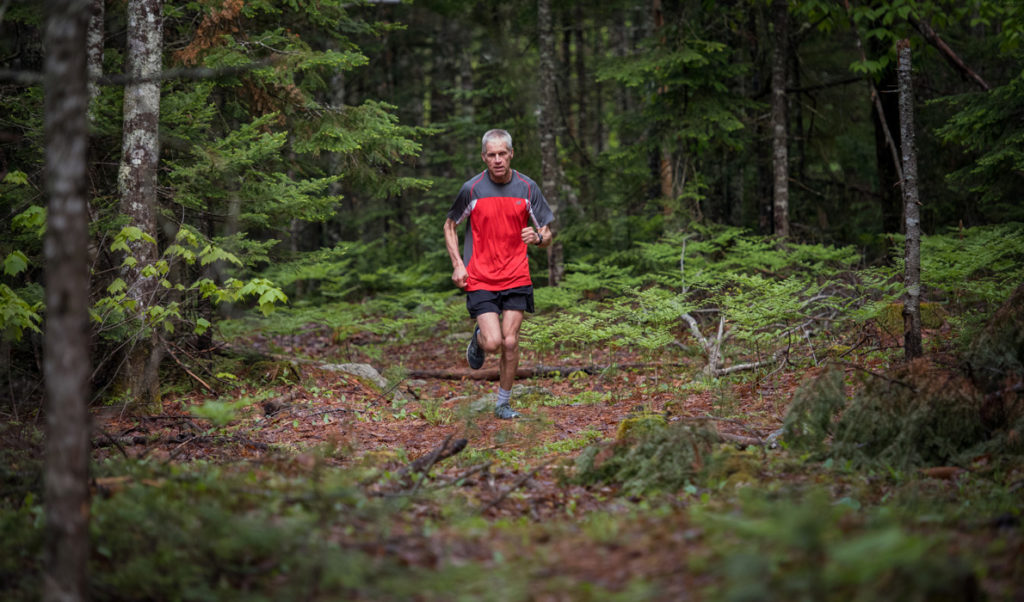