Aging baby boomers and millennials in their late 20s and early 30s have one thing in common: they’re both looking to buy the same sort of houses.

That was one takeaway from MaineHousing’s annual conference on affordable housing in Bangor on Oct. 13.

Boomers—born between 1946 and 1964—are looking to downsize into smaller, energy-efficient houses, speakers said. They want to live in dense areas near community centers.

Millennials—those born between 1982 and 2004—want the same features. Many have been slow to start their careers, given the severe economic downturn that began in 2008. And further adding to their wariness is the substantial college loan debt many carry.

Both groups “really want to be in urban settings, they want to work near to where they live, where they play,” said Lynne Spooner, a vice president with Peoples Bank. Millennials, though, are the first generation in recent history that does not see home ownership as a no-lose situation, said Craig Reynolds, director of homeownership for MaineHousing.

Other speakers at the conference addressed the housing needs of seniors, both older boomers and the so-called silent generation that came before them.

Jason Thomas, a housing counselor and educator with Coastal Enterprises Inc. (CEI), reported that in 2010, 16 percent of Mainers were over the age of 65. By 2030, that cohort will have grown to 26 percent.

According to 2013 census statistics, Maine remains the oldest state, with a median age of 43.2 and the most rural, with 60 percent living in areas with that designation.

“They want to age in that location,” Thomas said of seniors.

The median age in seven of Maine’s eight coastal counties was higher than the statewide median age, reflecting, at least in part, their attraction for retirees.

The Maine Affordable Housing Coalition estimates the state needs 9,000 more affordable dwellings for low-income seniors, and that if not addressed by 2022, it will need 15,000.

Voters will be asked on Nov. 3 to approve a $15 million bond to construct affordable, energy-efficient rental housing for seniors. The original proposal was for $65 million, but was decreased in the face of “an unusually acrimonious legislative session that saw only two general obligation bond proposals win final approval,” Greg Payne of MaineHousing wrote on the website of a national affordable housing group.

CEI’s Thomas referenced the smaller bond, observing, ruefully, that the market needs 10,000-plus new units, “But we’re getting 200 and counting that as a victory.”

Payne also noted in his online comments that a third of Maine’s population is 55 and older, the highest of any state, and of those 55 and older who rent, “52 percent are cost-burdened, meaning they pay more than 30 percent of their gross monthly income on rent and utilities, and 24 percent are severely cost-burdened, paying more than half of their income on housing costs.”

Some of the funds from the $15 million bond proposal will be used for home repair and weatherization, allowing seniors to safely and affordably remain in their own homes.

In his keynote address, Lenard Kaye, director of the University of Maine’s Center on Aging and a baby boomer about to turn 65, said each day, 50 Mainers will join him at that age. That demographic group is growing three times as fast as those younger than 65, he said.

And Maine has the largest percentage of baby boomers in the U.S.

Of his generation, Kaye quipped, “We’re a handful, we’re trouble, and we’re going to keep you busy.”

That group wants to remain in the workforce longer than previous generations, remain independent and autonomous and “age in place,” he said. They will use technology, avail themselves of life-long learning, travel, and be civically engaged, he said.

Housing developed for this growing senior cohort must address these values, Kaye said. 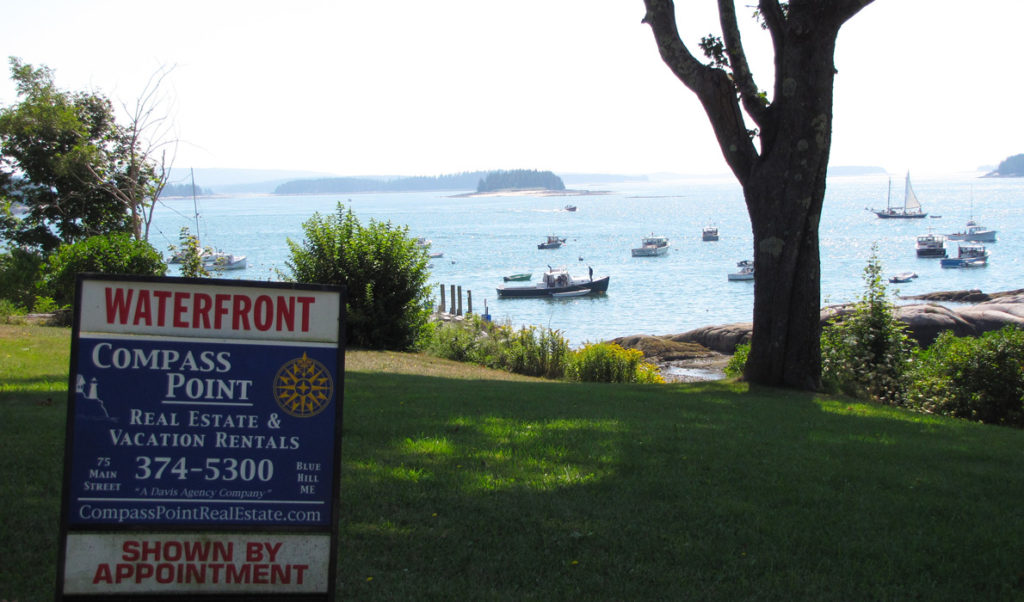 A waterfront house for sale in Stonington is not likely to be in the affordable range.