A philanthropic fund to help one of Maine’s offshore island communities might focus on any of a dozen goals. Or maybe on all of them.

But for Frenchboro, the community on Long Island, some eight miles off Mount Desert Island, it became clear that the school was the cornerstone of the community and so should be the beneficiary.

To avoid becoming a seasonal-only island, community leaders work to retain or bring to the island families with children, Jennings said. One important element of that effort is ensuring that the island school is thriving.

The fund’s statement of purpose asserts this: “[A] working island survives only if successive generations of families are able to create a vibrant family life on the island.” The most critical obligation of the island’s municipal government, the statement continues, is maintaining “a strong and stable island K-8 school.”

That one-room school now has three students, Jennings said, but there are five more children on the island approaching school age. In addition, two island students attend high school in Bar Harbor. Since the Maine State Ferry Service does not travel to the island daily, high school students must live during the week on MDI. The island town pays for their room and board.

The town also pays for superintendent and principal services, along with the teacher’s salary and building maintenance.

Frenchboro’s annual school budget is about $175,000, she said, which represents more than half the municipal budget and is a burden for the small number of residents. There are fewer than 60 year-round and seasonal households paying tax bills.

The fund, which will be administered by the Maine Community Foundation, has been endorsed by Maine Coast Heritage Trust, the Maine Seacoast Mission and the Island Institute (publisher of The Working Waterfront).

An advisory committee will oversee distributions from the fund, which will come only from interest. That five-member group will consist of a person designated by the committee (currently, David Lunt); one employed by the Island Institute (currently, Shey Conover); two who are family members of, or property owners on Frenchboro (currently, Rod Bost and Jennings) and one select board member (currently, Kim Smith).

One goal is to have donations from each island household, both seasonal and year-round.

“We’ve already had contributions” from islanders, Jennings said, and the Frenchboro Future Development Corporation, formed over 30 years ago to build affordable housing on the island, made the initial grant to set up the fund.

Though the formal language governing the fund includes the option to pay for programs for the “health and welfare” of island families, it’s not likely that revenue will be distributed for such things.

“The first priority is the school,” she said.

Some residents believe economic development on Frenchboro is hindered by the amount of conserved land—over 60 percent—which limits housing opportunities for new families. Maine Coast Heritage Trust has preserved 1,159 acres, including 8.2 miles of shoreline.

Jennings sees the fund within the context of that conserved land, not in opposition to it.

The trust’s president Tim Glidden said he supported the fund.

“This fund for the Frenchboro school is welcome news for a community facing unique challenges on the Maine coast,” he said. 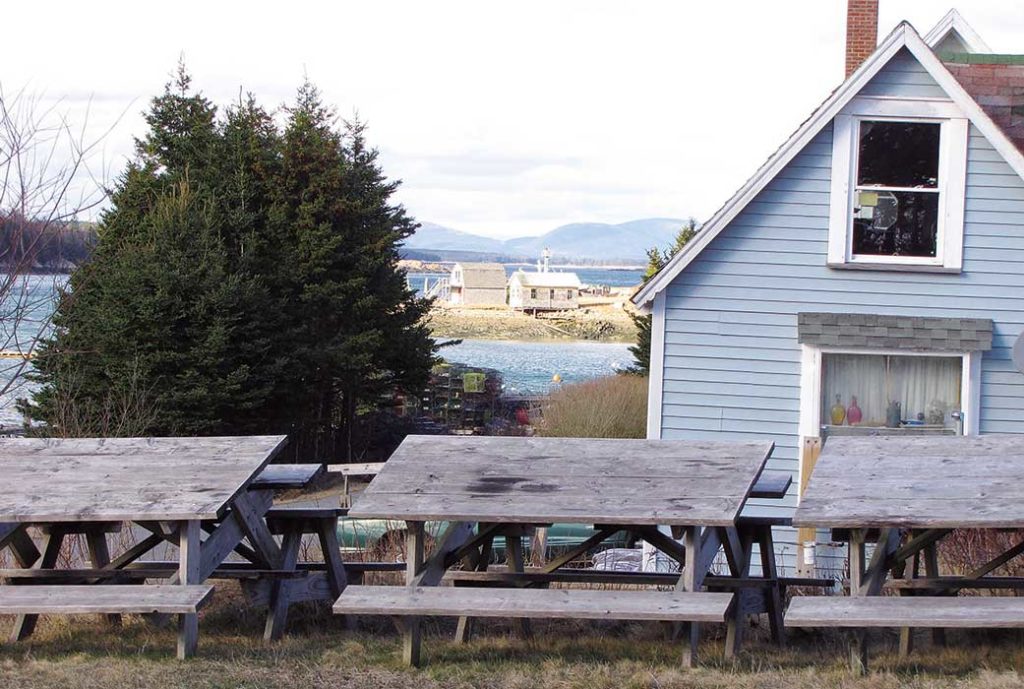 A late winter view of Frenchboro