For some fishermen, Maine’s aquaculture industry has been a thorny subject that includes concerns like navigational safety and environmental health.

But as a third-generation fisherman, Marsden Brewer of Stonington sees the development of a new scallop farming sector as an opportunity for fishermen to diversify their income streams, maintain a robust working waterfront, and strengthen coastal communities. 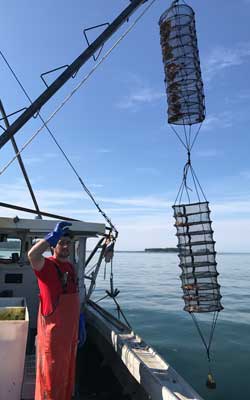 It also has great potential to complement, rather than compete with, wild-caught fisheries, he said. For one thing, Brewer and others select and design their aquaculture sites so they don’t interfere with traditional lobster fishing.

As a fisherman himself, he would know.

“We know where they fish because we fish there, too,” he said. “We’re leaving enough room between the gear so they can fish around it, so we can co-exist together. It’s the right thing to do.”

But scallops aren’t Brewer’s only farmed product. He and his wife Donna also own Red Barn Farm, where they raise Nubian goats and run a retail shop featuring goat-milk cheese, soap, and lobsters.

“We’re right on Route 15, so a lot of people who come for the summer, we’re the first stop they make when they get here to get goat cheese and the last stop when they head home,” he said with a laugh.

As a lifelong fisherman—harvesting sea urchins, scallops, groundfish, shrimp, lobsters, and mussels—Brewer got into scallop farming as a natural outgrowth of work he was doing in the 1990s with scientists in Maine, including Dan Schick, Scott Feindel, and Dana Morse.

Schick, a biologist with the Department of Marine Resources, recruited fishermen to collect wild scallop spat, with the idea of using the tiny larvae to build up the wild inshore stock, which was in decline.

“Everything’s always about worrying about our limitations, whether it’s drag limits, trap limits, seasons, you name it,” he said. “Dan was talking about realizing our potential, which was a little different.”

After about four years of experimentation, the idea didn’t work out. But it laid the foundation for a new collaboration that emerged eight years ago to farm scallops. Brewer credited Morse, a Maine Sea Grant extension agent, for jump-starting the new effort.

Brewer and his son Bob were part of a delegation to Japan, a leader in farmed scallops, to study methods and technology. He received an experimental lease permit to grow scallops, formed a company called PenBay Farmed Scallops, and helped found the Maine Aquaculture Co-op in Tenants Harbor, which seeks to expand Maine’s seafood-producing industries.

It’s been a learning process.

“It’s always better to start slow,” he said. “We started the first year with one line. The next year we had two lines.”

Last year, he sold about 40,000 scallops through his distributor, Glidden Point Oyster Co. in Edgecomb. He’s applied for a standard aquaculture lease to expand the operation.

He urges caution as the industry progresses, though, given its potential to attract non-local interests that may be insensitive to the needs of local fishermen and their communities.

“We could get someone coming in with a big company and they can really screw up the coastal communities,” he said. “So while it’s good to move forward, I’m cautious.”

Two of Brewer’s four children are fishermen. He feels lucky that his son Bob fishes with him and shares the scallop venture.

He added, “There are a bunch of people like me, guys who have been in the fisheries a long time, who want to see a future for the next generation.” 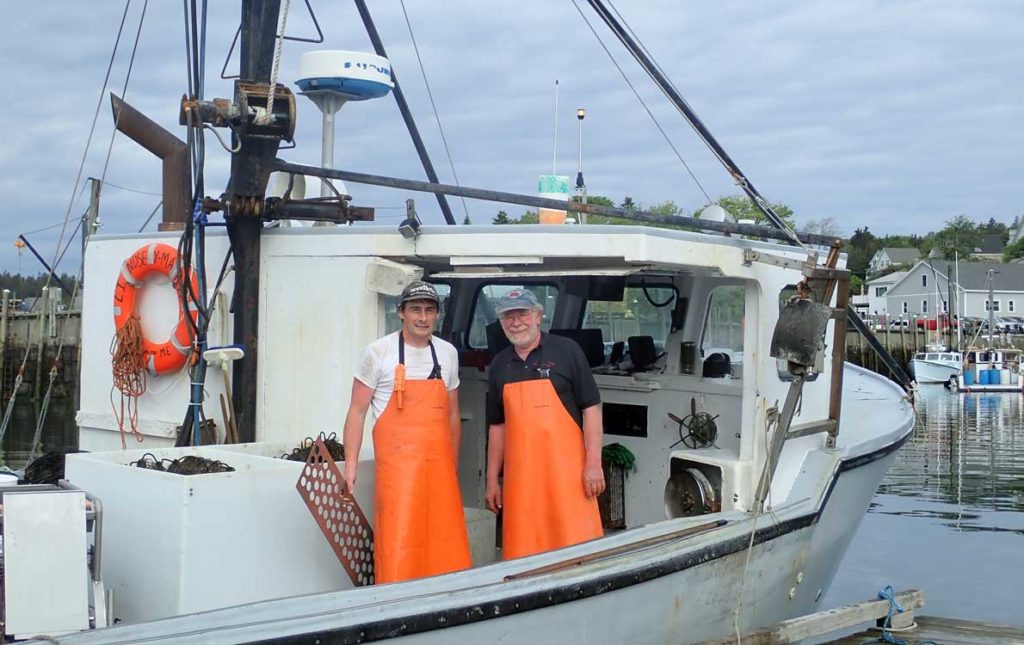